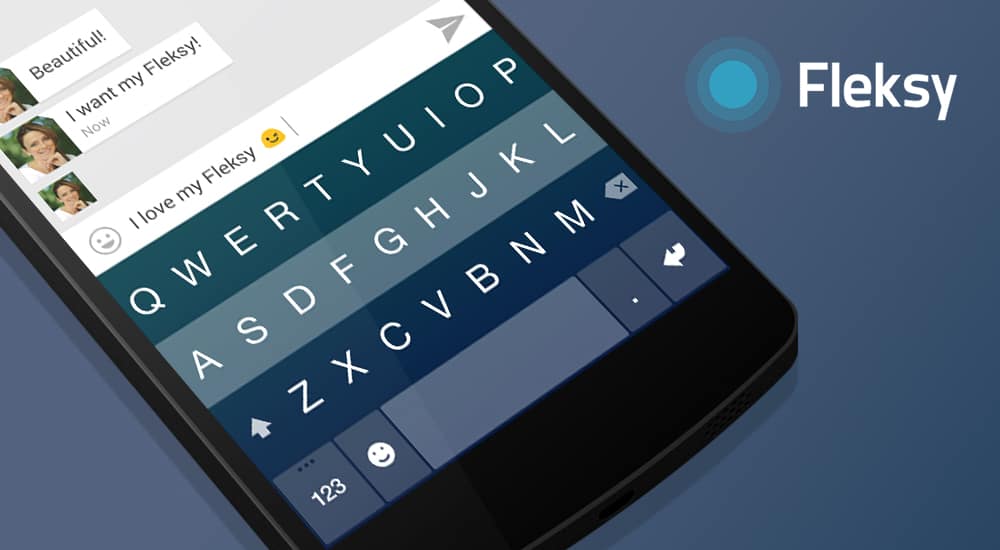 Fleksy keyboard has only been around a short period of time compared to some of the other big name third party keyboard apps on Android, but in that short one year span they have been raising through the ranks as one of the most popular keyboard apps out there offering multiple language support, tons of cool and fun customizable keyboard themes, keyboard extensions, and a fast and accurate typing experience unlike any other. With today’s unveiling of the Samsung Galaxy S6, together with Samsung Fleksy is announcing that their award winning keyboard app is going to be available to customers who pick up a Galaxy S6 device for free via the Samsung Galaxy Gifts program.

Just to give people an idea of what Fleksy is like, they’re at the show during Mobile World Congress this week and will be demoing all of their products for smartphones/tablets and wearables at the event. This includes Fleksy keyboard version that will be available on the Samsung Gear S smartwatch. Currently Fleksy has over 3 million and is ranked as the number one app in over 25 different countries. It’s also the fastest keyboard app out there officially having been used to break the Guinness World Record back in May and November of 2014 for fastest typing. For users that won’t be on a Galaxy S6, Fleksy Keyboard is already available on the Play Store in both a free trial version and the full version, and it supports Android devices running Android 4.0 and up, which you can check out from the Play Store widget below.