Way back in the ancient days of Fall 2013 Will Graylin & George Wallner started a Kickstarter for a product called LoopPay.  This product advertised itself as the new way to pay electronically at retail, letting you store all of your debit, credit and loyalty cards on one easy to use wallet app and pay for everything using your phone.  Unlike Google Wallet which uses wireless NFC technology, LoopPay uses something called Magnetic Secure Transmission or MST.  MST does exactly what it sounds like and wirelessly transfers the magnetic strip information from any stored card to the card reader at a regular retail store.  This is effectively the bridge technology that was needed to automatically get mobile payments working for around what LoopPay says is 90% of retail establishments across the US.  Unlike NFC where only an estimated 10% of stores have compatible card readers, MST will work in the vast majority of stores, but if it's not all stores is it really worth the hassle?  Let's find out.

The original Kickstarter for LoopPay met its goal of $100,000 and exceeded that by totaling $123,788, giving Graylin and Wallner enough capital to start their dream.  Since then LoopPay has been made readily available on Looppay.com, and is sold in two different ways: a case for an iPhone 5/6, or as a standalone card that you can carry in your wallet.  Since this isn't available as a case for any Android phone we're going to be covering the card version of LoopPay which is $49.99.  Remember though that Samsung recently acquired LoopPay and is using the very same MST technology in the upcoming Galaxy S6 and Galaxy S6 edge.  We'll take a look at how LoopPay works and how Samsung Pay and Samsung Wallet are going to be working too, since the two have become one. 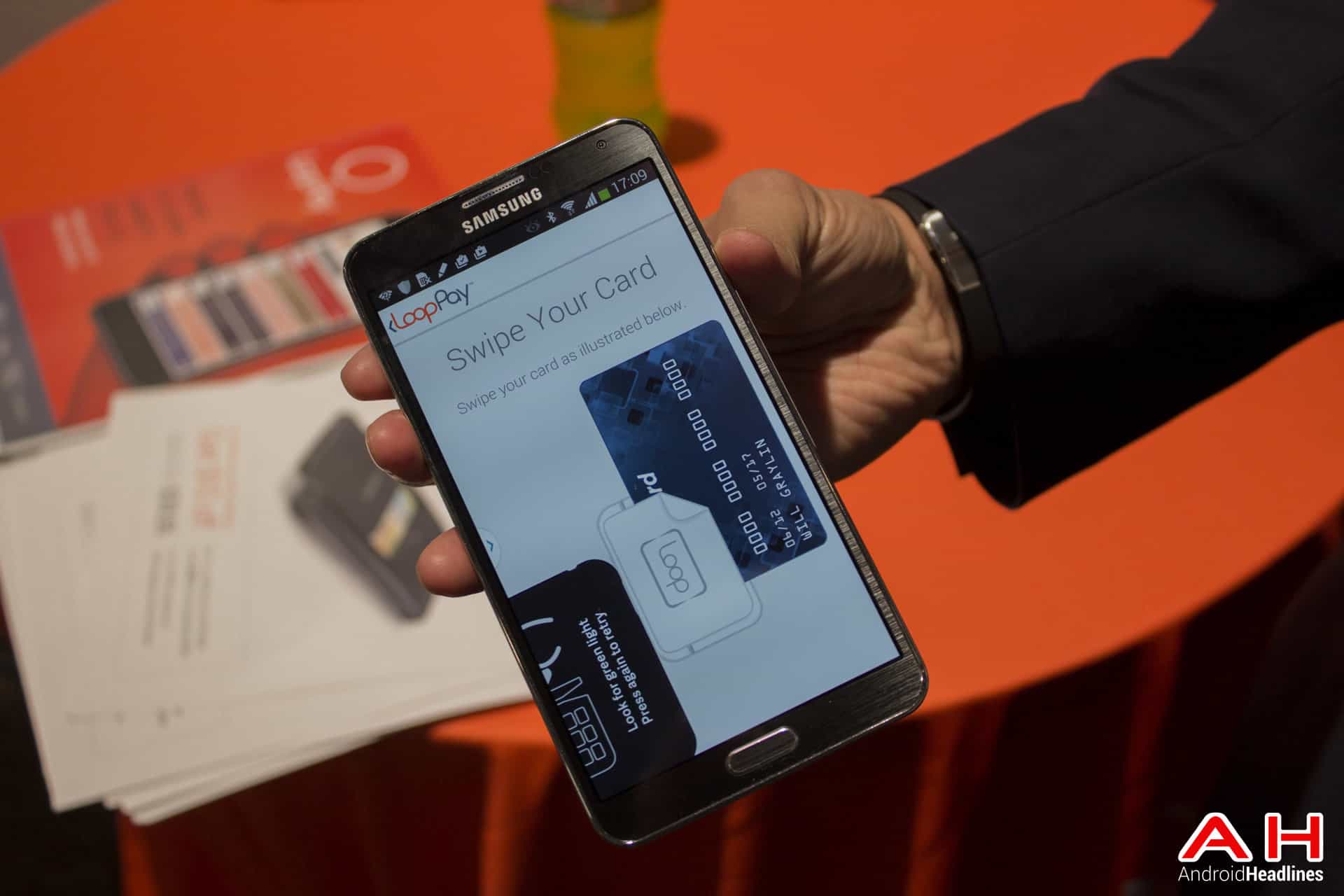 Inside of the box you'll find the LoopPay card, which is a small unassuming shiny plastic credit card-sized device with a single button and a microUSB port on it.  In addition to the manuals included you'll also find a small card swipe reader that plugs into the microUSB port of the LoopPay card, not your phone.  This was the first mistake I made when first getting the package, as I thought I was supposed to swipe the card information into my phone and store it there.  LoopPay will store all of your magnetic strip information in the card itself rather than on your phone, keeping the information secure in case you lose the phone.  The app itself is PIN and password protected, ensuring that nobody is likely to ever get the information needed to get all the cards you've got stored in your wallet. 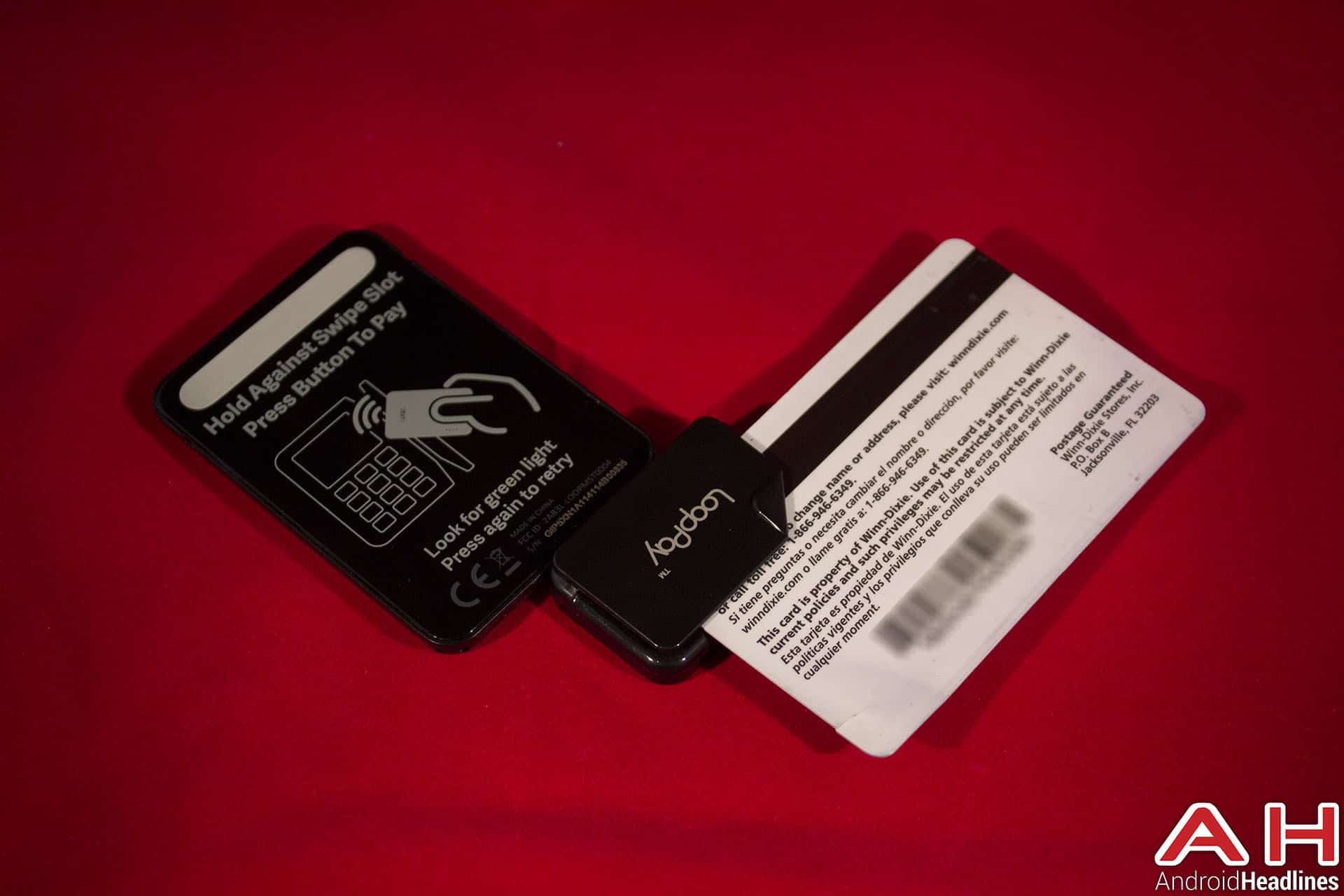 There are a number of ways to pay with LoopPay, but the most convenient is selecting the option to always pay with the button.  By choosing this you also choose a default card, so if you're got one main checking debit card or one main credit card you normally charge things to that can be set as default.  By doing this you'll never have to even open the app if you're just charging to the default card.  Using the LoopPay card is as simple as putting it up against the magnetic strip of a card reader terminal and pressing the pay button.  The LoopPay card will then light up and beep when the magnetic stripe information has been transferred and the rest of the transaction will go on as if you just swiped your card.  The LoopPay card is rated at a battery life of 200-300 transactions, and since it's got a microUSB port on it and a rechargeable battery all you have to do is plug it in for a little while until its' fully charged, denoted by a set of LED's on the device and a visual indicator in the app. 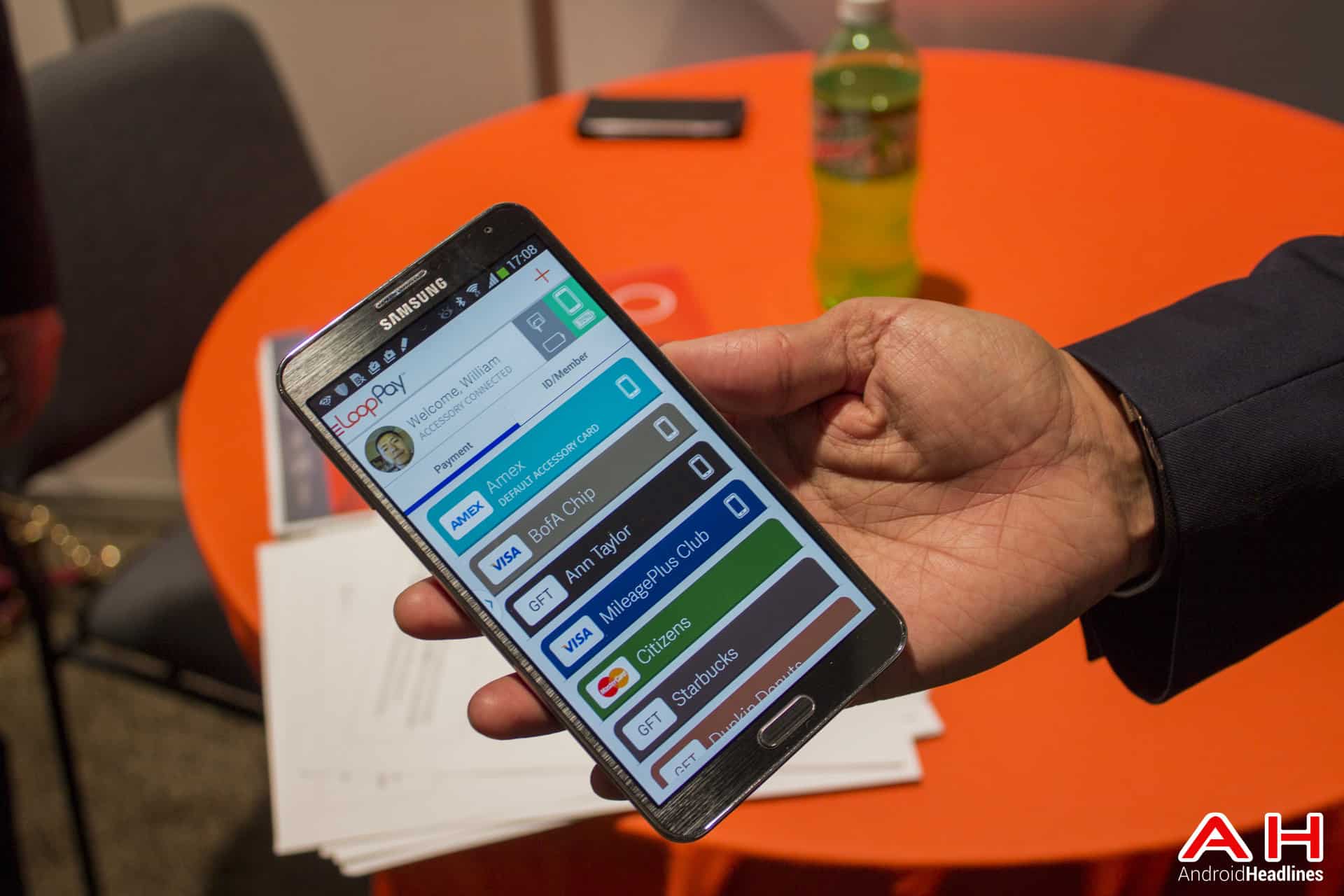 What's the advantage of using the LoopPay card then over just keeping all your cards in your wallet?  Convenience is the name of the game here, keeping all your cards in an easy to use app frees up the clutter in your wallet and keeps you from having to sort through all those other loyalty cards among your debit and credit cards.  It also keeps things more secure since you can really only lose one card at a time rather than the entirety of your wallet, so if you lose the LoopPay card and have a default pay card set you only need to cancel that one card, not every one in your wallet.  The information is securely stored on LoopPay's servers too, so if you lose your phone it's easy enough to get back up and running in no time.

The LoopPay card pairs with your phone via Bluetooth and requires a PIN and password every time you need to change the default charge card.  If you're not using a default card to pay you'll need to select which card to charge to each time, making it less convenient but more secure since no default card is stored on the LoopPay card.  Overall I found the 90% statistic to be true and was able to use LoopPay at every gas station I stopped at, all grocery stores I tried it at and all but one retail store.  The biggest problem is obviously those few stores where it doesn't work, leaving you high and dry if you don't have your cards on hand.  Since the purpose of the program is to eliminate the clutter in your wallet it wouldn't make much sense to carry the LoopPay around at the same time as all your cards.  This creates a bit of a conundrum when you're not able to use the device, so I'd recommend keeping one master card with you at all time just in case. 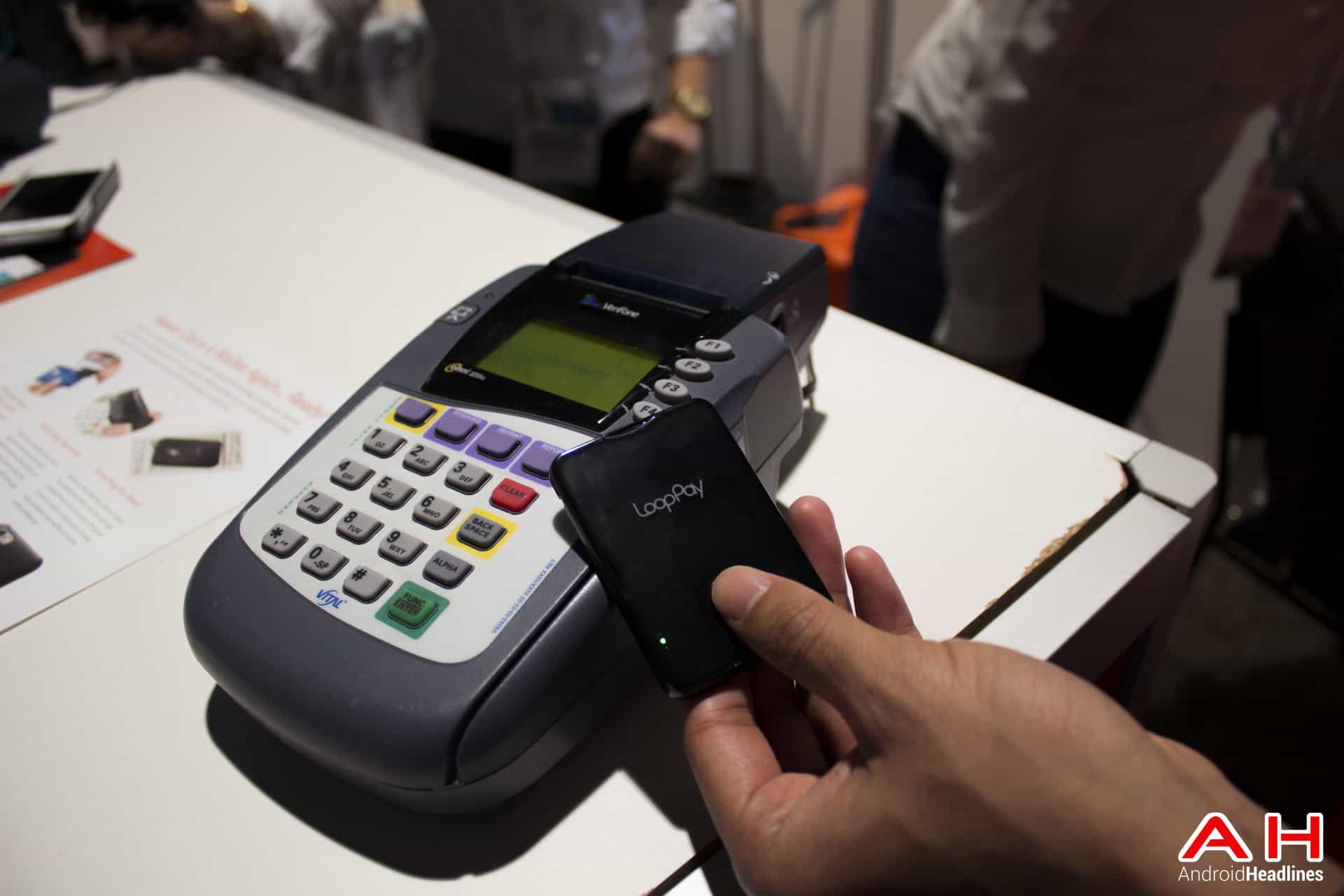 Overall I give high marks to LoopPay for both ease of use and security.  The app is very straightforward and packs in tons of tutorials ensuring you never get lost in the process.  If you ever need help there's a user guide built right into the left-hand sliding menu that's accessible at all times, and the overall aesthetics of the app make it simple to use and pleasant to look at.  If this is the future of mobile payments, complete with NFC as Samsung is doing with Samsung Pay, the Galaxy S6 and Galaxy S6 edge are truly going to be some incredible devices that should be able to fully replace your wallet in every way come April.  If you're not planning on getting a Galaxy S6 or Galaxy S6 edge this is the next best thing, as Google Wallet can always have your back on the NFC side of transactions if need be, and this works with all other Android devices anyway.