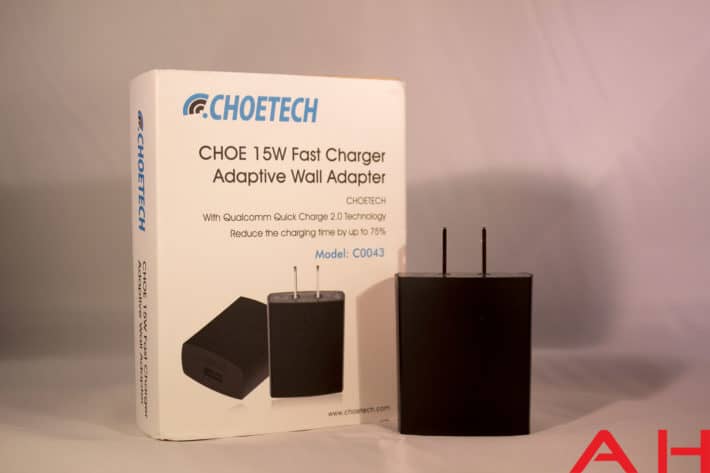 Micro USB cables have been a blessing ever since Android phones started using them many years ago.  This is the case for a number of reasons but probably most so because it's super easy to replace any one that gets lost or broken.  Not all chargers are created equal, however, and some definitely aren't intended to be used on phones.  If you've ever tried to charge your phone with a micro USB charger intended for a Bluetooth headset for instance you'll know what I'm talking about.  These sorts of chargers take forever to charge your phone and aren't an adequate replacement for a proper phone charger.  There's also the times that you may need to quickly charge your phone in a few minutes' spare time and need one that can do the job.

In my experience the CHOETECH Quickcharge 2.0 wall charger was able to charge the Nexus 6 from zero to 60 percent in about a half hour, literally giving a full work day's battery life in half an hour.  The OnePlus One, which isn't Quickcharge 2.0 compatible, only took an hour for that same 60 percent charge, telling me that non-Quickcharge 2.0 phones still get a boost.  The contents of the package are pretty simple and include the charger itself as well as a single USB to micro USB cable.  The USB port on the CHOETECH Quickcharge 2.0 wall charger is blue letting you know it's a Quickcharge port, so it's easy to readily identify which charger you're plugging the cable into if you disconnect the cable regularly.  The charger comes in both white and black and goes for $15 to $20 depending on the color, making this a great deal.  Check out the Amazon links below to grab one for yourself!