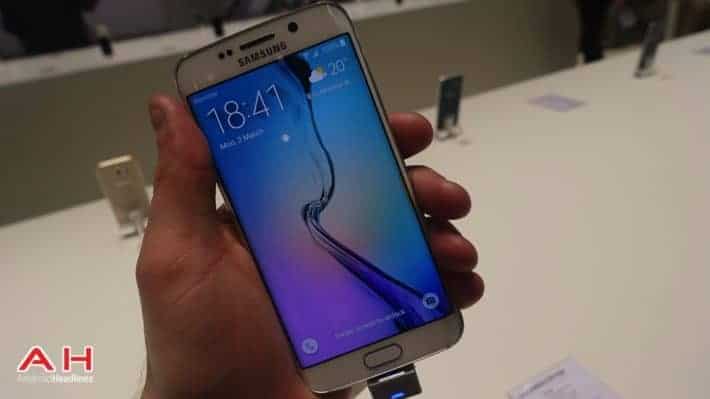 This month was when all the waiting and speculation surrounding Samsung's latest flagship device, the Samsung Galaxy S6 ended. At MWC Samsung unveiled the Samsung Galaxy S6 along with its counterpart Edge edition, the Samsung Galaxy Edge. While a lot of the focus was on the look of the Edge version, both come equipped with pretty much identical specs including an identical display (besides the sloping edges). One in which, by the way, is as good as a device offers at the moment, consisting of a 5.1" Quad HD (2560 x 1440) display with a massive 577 ppi. With specs like that, it is no wonder the Galaxy S6 comes slated as a premium device and with a premium price tag. However, specs are one thing. How the display performs is another. One Company who looks at such things and makes valid comparisons is DisplayMate.

In fact, until the release of the Galaxy S6, DisplayMate had previously awarded the Galaxy Note 4 (also by Samsung) as having the best smartphone display so far. Now, the results from DisplayMate's latest tests are in and make for some interesting reading. Firstly, DisplayMate acknowledges the increases the Galaxy S6 has over its direct predecessor, the Galaxy S5. These include an increased overall pixel resolution (up from 1920 x 1080 to 2560 x 1440). Not to mention the increase Absolute Color Accuracy (noted as a 27 percent increase) and display Power Efficiency (noted as a 20 percent increase). While also the ppi has significantly upped from the previous 432 ppi up to the now 577 ppi. That is all while the screen remains the same size.

In fact, Display Mate goes on to state that in all categories the two devices are pretty much "neck-and-neck" with the two devices alternating between first and second place. While this might not sound like much improvement with the current flagship simply tieing with the previous flagship, when you factor in the smaller screen size and remember that the specs and performance have to be scaled down to accommodate the smaller screen, the Galaxy S6 is impressive. In fact, DisplayMate finish things up by stating that the Galaxy S6 joins the Note 4 as the "Best Performing Smartphone Display that we have ever tested." If you are interested in reading more you can check out the full report by clicking the source link below