Well what do we have here? It’s a picture that was actually posted by Lenovo’s CEO Yang Yuanqing on popular Chinese microblogging site Weibo. It has since been deleted, but the folks over at HelloMotoHK were able to grab the picture and they posted it on Facebook. It appears that this could be the next generation Moto 360. Which we aren’t expecting it to be announced until later this summer or even the fall. Given that the first generation was announced and available in early September of 2014.

In the picture, you’ll see a box with all kinds of bands including leather and stainless steel ones. You’ll also see a ton of different watch cases as well. There’s a bunch of models in that case there, that looks like it was “highly confidential”, but when that gets posted on social media, it’s no longer highly confidential. It looks like Motorola has made it easier to change the watch strap on this Moto 360 as the lugs are now on the watch case, instead of inside it like they are on the current Moto 360. Which made it almost impossible to switch up the watch bands. It also appears that we may have different sizes this time around, as some of the watch cases are smaller than others. Apple did this with the Apple Watch, made different sizes, because not everyone wants a big watch, but some do.

One thing that this picture tells me is that the Moto 360 second generation is definitely going to be available on Moto Maker with more options. Recently the current generation Moto 360 hit Moto Maker and you can customize the watch band, case and watch face. But there’s not a whole lot of options. I’m willing to bet that’s going to change with the new Moto 360. And these pictures kind of prove that theory.

We’ll likely learn a whole lot more on the new Moto 360 in the coming weeks leading up to its announcement. It doesn’t look like Motorola got rid of the flat tire look though (which is where the display driver is, to keep the bezels nice and minimal). Some people didn’t mind it, a lot of others made fun of it. 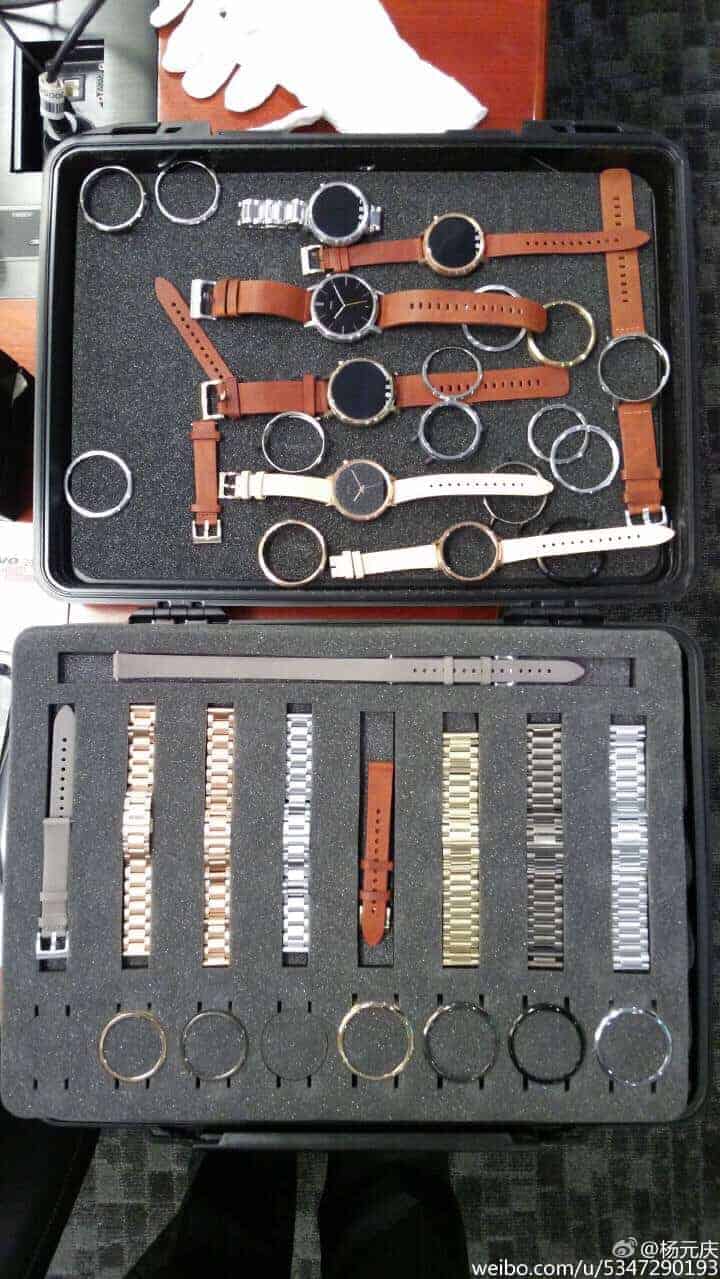