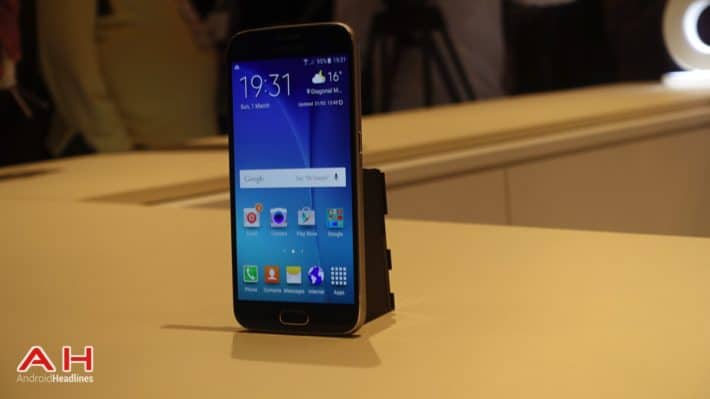 Samsung's Galaxy S6 is likely to be one of the biggest phones this year, if not the biggest.  Samsung really knocked it out of the park in terms of features, the complete redesign of the physical phone and a total re-imagining of the software that powers it.  Samsung is changing everything up in order to try to reverse the turn of the tide in the mobile industry that's moved against them, shrinking their market share to the smallest levels seen in years.  This doesn't mean it's not going to be available in as many regions as before, in fact quite the opposite.  Samsung is going to have both the Galaxy S6 and Galaxy S6 Edge available as early as April 10th in 20 countries.

The Galaxy S6 is of course eligible for Cricket's rate plans which go for $35 per month after $5 auto pay credit.  Crickets plans are all non-contract and as such don't include subsidy pricing for phones that Cricket Wireless sells directly.  Cricket's network runs off of AT&T's 4G LTE network that covers over 300 million Americans and has plenty of coverage out of large metropolitan areas too.  Samsung's massive list of changes and features on the Galaxy S6 are part of what sets the Next Big Thing apart from the pack, and the changes Samsung has made may just be enough to bring people over that weren't convinced before or have straight from the Samsung faithful.  Check out Cricket Wireless website below for more information about rate plans or other specifics related to their network in your area.