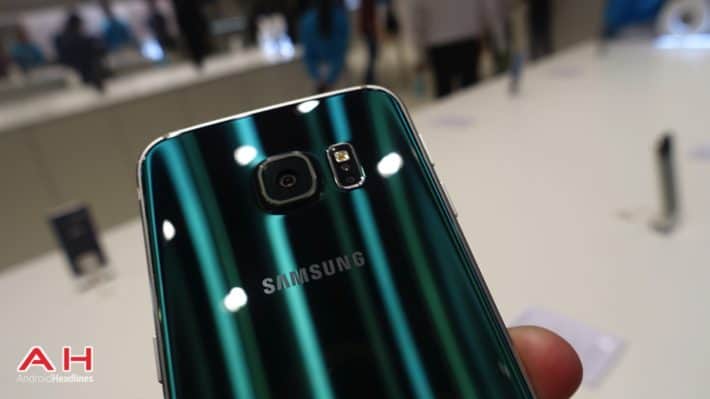 During Mobile World Congress, so far we've seen a great number of devices announced and shown off throughout the show floor. One of the biggest announcements this year was of course the Galaxy S6 and the Galaxy S6 Edge. For all of their advancements, like a stunning 5.1-inch Quad HD Super AMOLED display and one of the fastest processors of the year, Samsung's latest had some people concerned. For one thing, the battery is no longer removable and it comes in at just 2,550 mAh, which isn't a large battery by any means. While the Exynos 7420 is an efficient chip, Samsung is curiously confident about the battery life of its latest smartphone. It turns out a chip from Broadcom might be the answer.

The Broadcom BCM4773 os a chip that combines GPS and positioning chips together with a multitude on different sensors, bundling them all together into one efficient little package. Broadcom describes it as "80 percent" more power efficient than letting the application processor – in this case Samsung's Exynos chip – do everything. This is because the BCM4773 allows "information from Wi-Fi, Bluetooth Smart, GPS and micro electro-mechanical systems (MEMS) to be calculated on a single system-on-chip" as Broadcom puts it. Simply put though, this is one efficient chip to have in a modern smartphone.

Tweakers.net were able to find out that the Galaxy S6 and the Galaxy S6 Edge do in fact utilize this chip, and there's a strong chance that this is what helps the Galaxy S6 and Galaxy S6 Edge keep going for so long on such a small battery. Being able to utilize such a chip could be a result of Samsung eschewing Qualcomm this cycle. After all, if the Snapdragon 810 were used, it might not play nice with this Broadcom chip, and there's a good chance Qualcomm would rather Samsung use their own sensor and WiFi package. It's good to see Samsung make the most of all the available hardware out there, and we're sure they've made the most of the smaller batteries this time around.