Archos is dropping some new budget phones on us at Mobile World Congress, including one with a 6.27-inch display. They announced the phones a few days ago and unveils them today. The four new phones they announced are the Archos 50 Oxygen Plus, the 52 Platinum, the 59 Xenon, and the 62 Xenon. The numbers in the device names are references to their sizes. The 62 Xenon is the 6.27-inch device, while the 59 Xenon has a 5.9-inch screen, the 52 Platinum comes in at 5.25-inches, and the 50 Oxygen Plus has a 5-inch display. Still following along? The three devices aren’t high-end, but they do offer a large screen from a name that people recognize, and the price isn’t bad either.

The 50 Oxygen Plus has an octa-core 1.4GHz MediaTek chipset, 1GB of RAM, and a 5-inch screen with a 720 x 1280 resolution screen. This phone will launch with Android 4.4 KitKat, although the company says it should be upgraded to 5.0 Lollipop in short order. This phone does have 4G LTE connectivity, an 8-megapixel rear camera, and a 5-megapixel front-facing shooter. The 4G LTE version will launch in July. The 50 Oxygen Plus will also come in a 3G-only variant that will launch in March. Price for both devices should be less than $200 when they officially hit the market.

The other three devices don’t have specs that are quite as high as the 50 Oxygen Plus, but the prices are lower to match the lowered specs. The 52 platinum, 59 Xenon, and 62 Xenon all have matching 1.3Ghz quad-core MediaTek chipsets, 1GB of RAM, 8GB of internal storage, and 8-megpixel cameras on the back. The each have a microSD card slot for expandable storage as well. The front-facing cameras are different. The 52 Platinum and 59 Xenon have 2-megapixel front cameras, while the 62 Xenon has a 5-megapixel one. The screens are obviously different sizes, while all three has a screen resolution of 720 x 1280. The pricing is set at $145 for the 52 Platinum, $158 for the 59 Xenon, and $170 for the 62 Xenon. We don’t have any details about when or where these phones will be available. Archos should announce that soon. 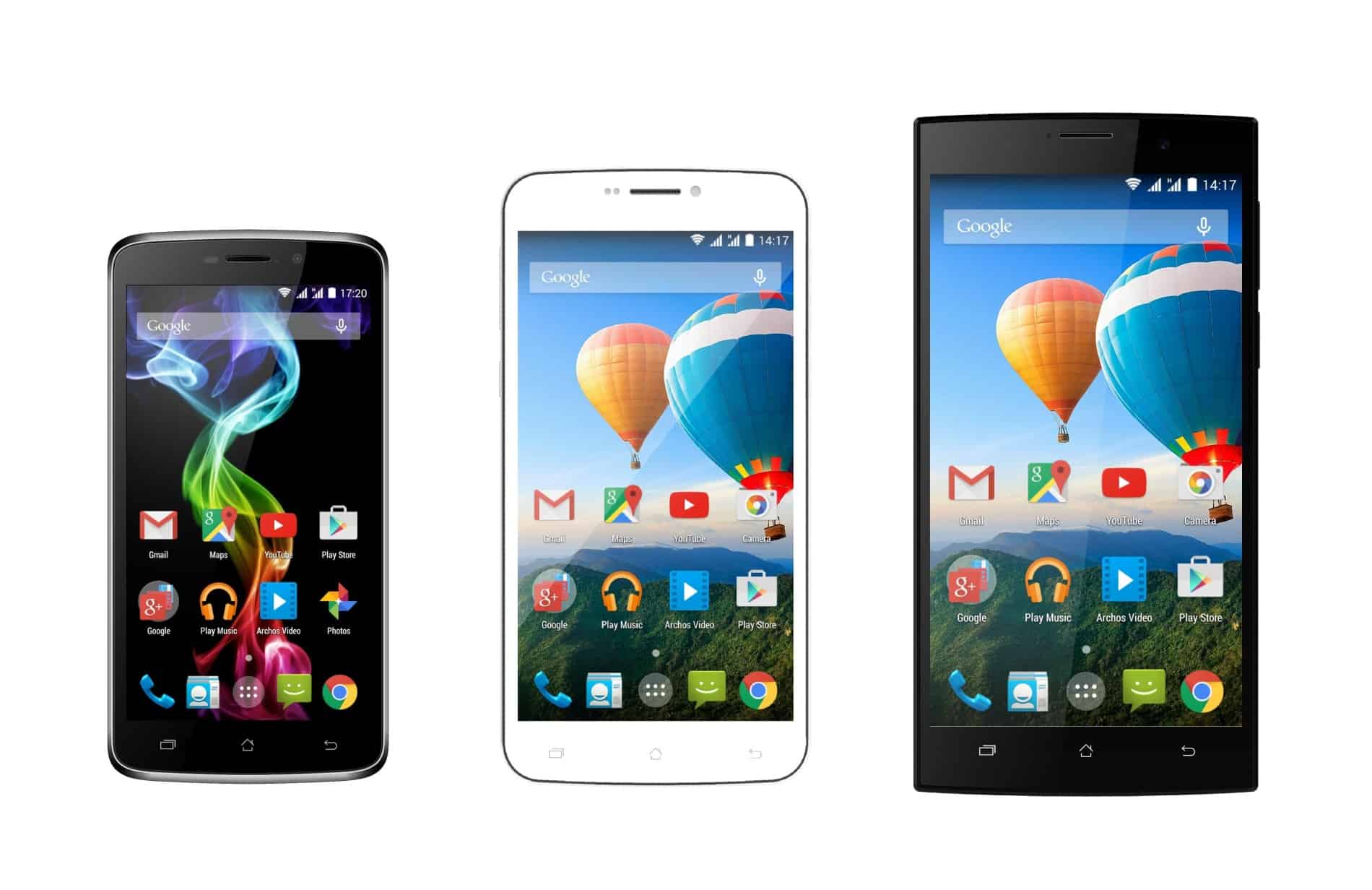