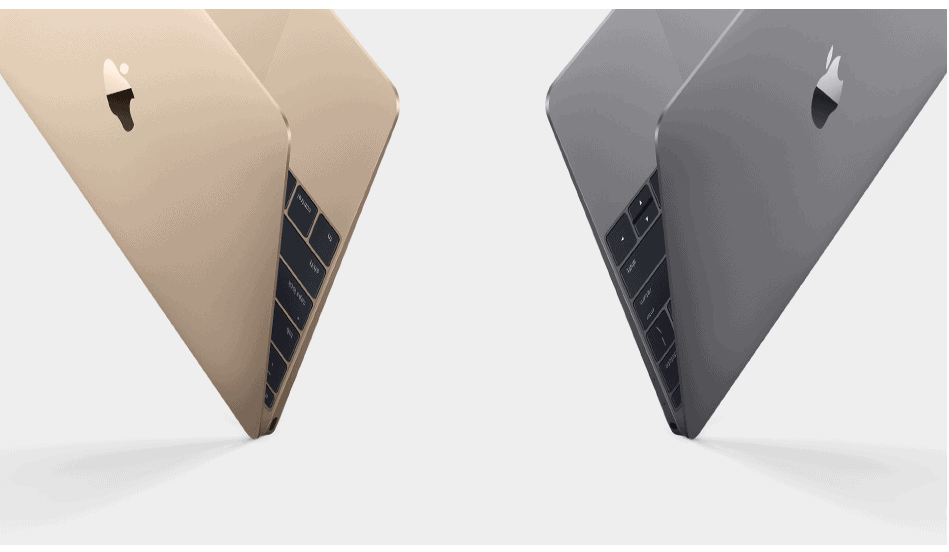 Apple held their 'Spring Forward' event this afternoon and while the event was definitely all about the new iWatch, sorry, Apple Watch they did have time to show us the 'future of the notebook'. Now, make no mistake here, we're not salivating Android fanboys that believe Apple products are overpriced junk. In fact, I'm typing this on a Mac right now and while many of you reading this might not be fans of Apple's, it's difficult to deny that the company makes good products. They're just not exactly affordable, and the latest MacBook is neither affordable nor practical for a lot of people. If you think Chromebooks were ahead of their time, get a load of this.

Today, Apple announced the new MacBook, a 12.1-inch laptop with a pretty great resolution of 2304 x 1440 and just one USB port. Yep, just one USB port. Admittedly, this is a USB Type-C connector that carries display, USB 3.0 and power, but there's not even an SD card slot here, just that one USB port. The obvious aim of the new MacBook is to offer something that is far more portable than anything else out there, and at 13.1mm thick at its thickest point and just 2 pounds there's little argument to say that Apple haven't managed to pull that off. The new keyboard mechanism is interesting as is the fact that each key is individually lit. At $1,299 for the entry-level model though, these are expensive.

This latest MacBook is also pretty much a premium response to Google's Chromebooks as well Windows laptops like the HP Stream line. People have been buying these devices because they're cheap – absolutely – but they've also been buying them because they're hassle-free, have great battery life and just work. In the case of the Chromebook, Google's partners like Acer, HP and Dell offer a great range of laptops that cater to those that just want to browse the web. While you'll be able to do so, so much more with the new MacBook, is it worth the extra thousand dollars? That sort of money gets you an all-metal enclosure that feels much better than any Chromebook I'd bet, but is it really worth it? I think most Chromebook fans would gladly pay for something more solid, but an extra thousand dollars?

There's little reason for Apple to make a MacBook much thinner than the MacBook Air already is, and so the Silver, Space Grey and Gold MacBooks look like premium competitors to the likes of the Chromebook and with just one port, they look kind of ridiculous. Okay, there's little need for ethernet on a laptop these days with 802.11ac WiFi and Bluetooth works great for a lot of things as well like mice and keyboards, but would it hurt to have an SD card slot and one USB 3.0 port? In contrast, my HP Chromebook 14 has three USB ports – two USB 3.0 – an SD card slot, an HDMI output, a power jack and built-in WiFi ac and Bluetooth. Sure, my HP Chromebook 14 is made of plastic, and it's not the best-looker out there, but I don't need to buy an adapter for each specific purpose.

If this is Apple's future of the notebook, then they can keep it. There's definitely a market for light, portable machines that last all day and don't do all that much; Google and their Chromebooks have proven that. But at $1,299 and just one USB port? This is a pricey step backwards if you ask most people. Let's just hope everyone else doesn't cull their expansion points in the pursuit of 'the future'.