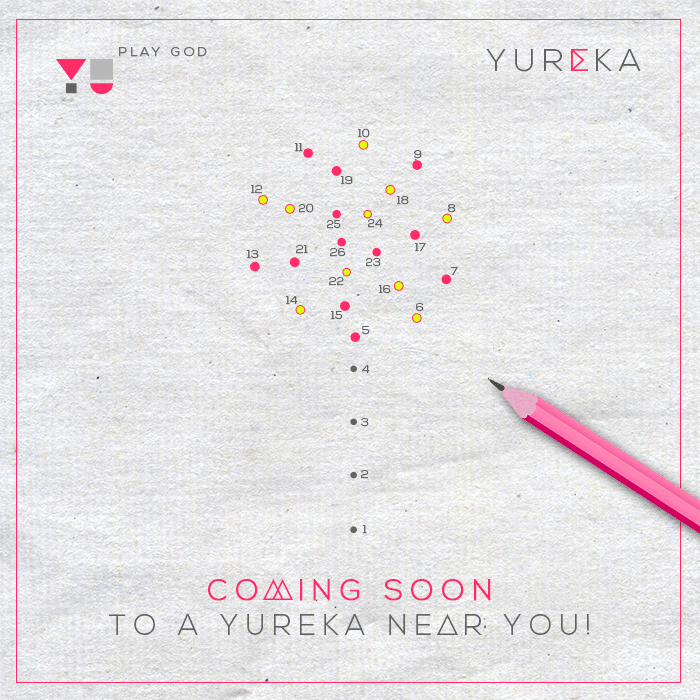 YU is a new Indian company which opened up shop last year. This is Micromax's subsidiary in every shape and form, though it operates separately from said India-based company. YU has already released their first (and currently only) device, YU Yureka. This handset managed to get under the spotlight real quick considering it is powered by Cyanogen OS, not only that, but it also offers a really decent set of specs and it doesn't cost all that much at all (Rs. 8,999 in India, which is approximately $144). Anyhow, the company has released a new teaser, let's see what's it all about.

YU is teasing the arrival of Android 5.0 Lollipop on their device via this new teaser image which you can see above this article. It's a mini connect-the-dots puzzle, which (when solved) forms a Lollipop, though you can see that without solving it even. There are 26 dots in this image, which indirectly suggests that the update will land on March 26th. This handset originally launched running Android 4.4 KitKat with Cyanogen OS 11 on top of Google's operating system, and it seems like Android Lollipop will arrive shortly.

The Yu Yureka comes sporting a 5.5-inch 720p (1280 x 720) IPS display with Corning Gorilla Glass protection on top of it, along with 2GB of DDR3 RAM and 16GB of internal storage (expandable via microSD card). Qualcomm's 64-bit Snapdragon 615 octa-core processor (quad-core 1.7GHz ARM Cortex A53 & quad-core 1.0GHz ARM Cortex A53) is powering on this device and comes with an Adreno 405 GPU for graphics rendering. 13-megapixel camera rear-facing with 5P (5 plastic elements) lens and Sony's Exmor R sensor (f/2.2 aperture) is located at the back of this handset and it can shoot 1080p at 30fps and 720p slow motion video at 60fps. 5-megapixel camera can be found on the front side of this device. We're talking about a dual-SIM device here, which offers 4G LTE connectivity. Wi-Fi 802.11 b/g/n, Bluetooth 4.0 and GPS are also here, and the device ships with a 2500mAh battery. The Yu Yureka measures 154.8 x 78 x 8.8mm and weighs 155 grams.

This handset is available only in India at the moment. We managed to get some hands-on time with the device during the Mobile World Congress (MWC) in Barcelona, if you're interested in checking that out, click here.