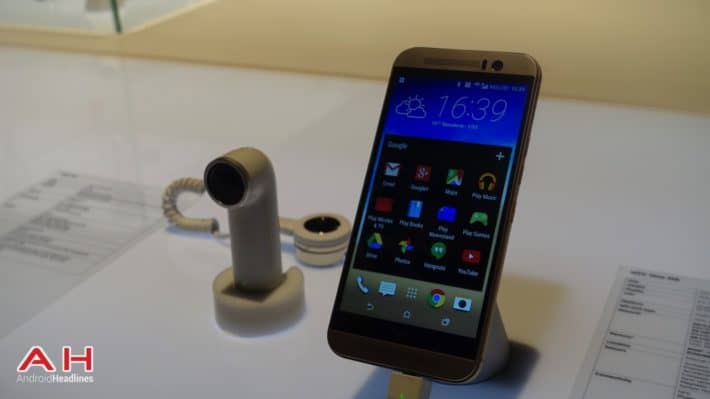 This past week has been one full of device announcements. Once again, Barcelona saw Mobile World Congress descend upon the Spanish city and there was no shortage of news. We saw devices from the likes of Alcatel, Acer, Huawei, Lenovo, HTC, Sony and of course, Samsung. It was Samsung's and HTC's show this week, with the launch of new smartphones and some more interesting devices from HTC, like the Valve-backed HTC Vive virtual reality headset. This year's One was pretty much just what we were expecting; yet another slight revamp of the original M7 from 2013. Nobody can deny that the One M9 is a good-looking phone packed with meaningful features, but is a device that sticks so close to a tried and tested formula going to help the fledgling company, or hurt them?

The HTC One design is one that many Android users simply won't give up, and it's easy to see why. The original HTC One was one of the first Android devices to show the industry that it's not just Apple that can use premium materials to build a gorgeous smartphone. Technologies like BoomSound and HTC Zoe were genuinely useful features that changed the way people used their smartphones. Then there was the HTC One M8 that followed, a device that didn't really change much at all. Instead of going with something fresh and new, HTC stuck to their guns and trusted the design of the original One. Last year was a year we saw pretty much everyone do that with of course, but this year, they did the same thing again.

If you put an HTC One M9 down on a table next to last year's M8 in front of casual, everyday users they wouldn't be able to tell you which was which. You could arguably say the same about the iPhone and Samsung's Galaxy S devices over the years, but it's different for those two. People on the street care about the new iPhone and the "that new Galaxy phone", but they don't necessarily care as much about the latest HTC device. As such, they'd probably just think you had handed them two phones that are the same. In 2015, sticking to an old design isn't the smartest idea. After all, we've seen Apple – finally – release new designs and form factors in the iPhone 6 and 6 Plus and Samsung have just wowed pretty much everyone with the Galaxy S6 and Galaxy S6 Edge. The main reasons people bought the HTC One over something else don't matter as much; the Galaxy S6 is made out of metal and the camera is amazing, so why would I want the HTC One? Short of BoomSound, HTC's One smartphones are running out of unique party tricks.

There's also a problem with the HTC One branding at this point. Counting flagships alone, there's three of them and if you count the spinoffs from last generation there are three of those, too (more if you count devices like Verizon's HTC One Remix). This is perhaps just my opinion, but aren't there enough 'One's' out there by now?

I shouldn't be too hard on HTC, it's not easy doing what Samsung and Apple can do, it takes a bucket load of cash and lots of time to redesign a smartphone like the Galaxy S6. Both things that HTC don't have a lot of. Also, we need to remember that HTC have been busy with other things, like the HTC Vive and the HTC Grip, both devices that should help bring in customers from any camp.

Sticking with a tried and tested formula is often a good idea, but when your formula isn't quite as shiny as everyone else's, then you have a bit of a problem on your hands. I'm sure the HTC One M9 will sell well, there are a lot of diehard HTC fans out there that want something like this, but the days of HTC poaching disgruntled customers from Apple, Samsung and everyone else are perhaps behind us. After all, Samsung, Apple, Sony, Motorola and LG have all caught up, and the HTC One no longer stands out from the crowd like it did two years ago.