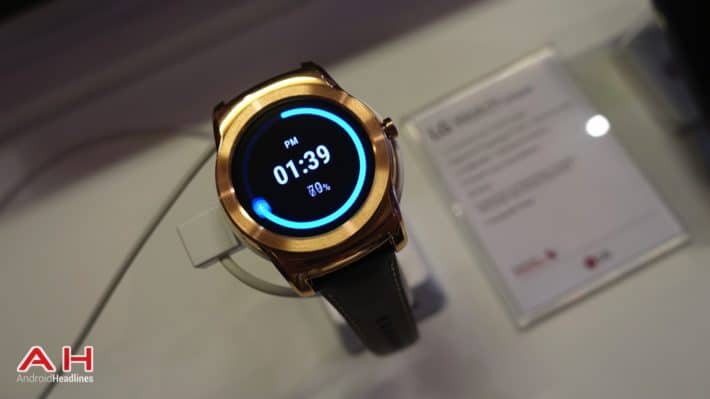 Last week was the week that Baselworld was held, the biggest event of the year for traditional, Swiss watch enthusiasts and during this prestigious event, something surprising happened. Google, Intel and Tag Heuer joined forces, pledging to create a smartwatch that would be both luxurious and capable of competing with current smartwatches. Why was this surprising? Because while there's a lot of buzz surrounding wearable technology and smartwatches – especially now that Cupertino has thrown their hat in the ring – the general demand for these devices is still quite low. There's also no telling whether or not the average consumer will take to the Apple Watch like they have the iPod and previous Apple successes. So, to see an established watch maker like Tag Heuer announce plans to put technology inside of a world class casing was a little surprising. Not so much that they have plans to create something like that, but that they announced plans so soon.

I'm an Android Wear user, and have been since they launched last Summer. My G Watch is not the best-looking watch out there, there's no denying that, but I like it. It's subtle, it's modern and it doesn't shout from the rooftops that it's expensive or that it's really anything at all, which I like. Find someone who wears a pricey chronograph and they'll tell you it's much, much more than just telling the time. It's about craftsmanship, prestige, status and a respect for the finer things in life. Still, my G Watch does much more than just tell the time and look pretty. Tag Heuer have entered the ring with the help of Intel and Google, and while the fruit of such a partnership won't be available for at least a year or so from now, it's difficult to see how they can compete with devices like the G Watch R and Moto 360. After all, buyers of watches like Tag Heuer's Carrera line aren't that interested in checking their email from their wrist, and buyers of the Moto 360 aren't interested in prestige and history, they want something new and something fresh.

How companies like Tag Heuer can offer a smart, connected device without alienating their current base is going to be very interesting, indeed. Will it be some sort of hybrid mix, with a Swiss movement and LED indicators? Will the Swiss giant offer something entirely digital? As far as I can tell, Tag Heuer don't sell a single watch with an LED display in it, so going the whole hog and creating something like the Moto 360 seems unlikely. Will those looking for a smartwatch be interested in an analog hybrid? Who knows.

What we do know is that Swiss watch makers are worried about the growing popularity of smartwatches. After all, they're essentially the death knell for the humble Swiss movement. Of course, these watches won't disappear for decades and decades to come, but considering the majority of people don't even wear a watch these days, they're less likely than ever to purchase something that just tells the time.