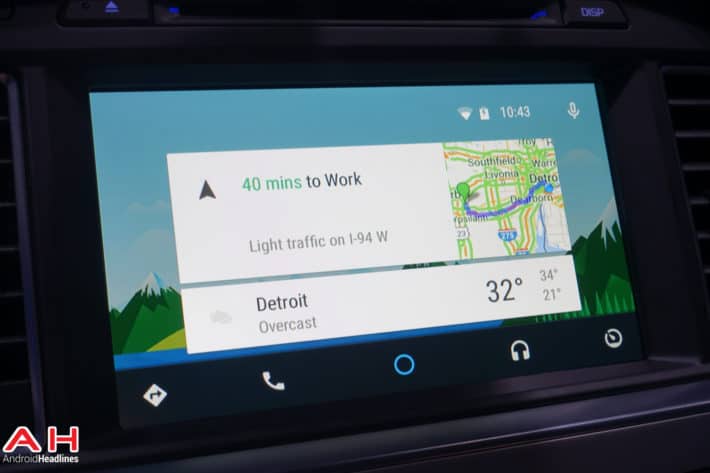 Hey look what popped up on the Google Play Store today? That'd be the Android Auto app. Yep, Android Auto is finally available. Everyone can get excited now and use the itshappening.gif animated gifs as well. According to the official Android Twitter account, Pioneer's head units – which were unofficially available as of last Sunday – are now shipping and available. Exciting, huh? Pioneer's head units are available in the United States and the  United Kingdom. These Android Auto head units include the AVH-4100NEX, AVH-7100NEX, and AVH-8100NEX, and are available from Best Buy, Amazon, Pioneer and a slew of other retailers.

As for the app, there's nothing different really. You download the app and then plug your smartphone into a car that has Android Auto and the car now is being controlled by your phone. It's sorta kinda like remote desktop, but much cooler. As Google mentioned at their keynote last year at Google I/O, Android Auto will only work with devices running Android 5.0 and later. That's because a lot of the features are baked into Android Lollipop, as is the same with Android Wear and Android TV. So if you look on Google Play and see your phone is not compatible, don't fret. You just need Lollipop.

With Android Auto, you can control your music, make and receive phone calls, also use Google Maps for Navigation. It uses a Google Now-like UI, with cards built in to show you who's calling, what you're listening to and more. Plenty of car makers are already integrating this into their existing cars and future cars. Hyundai is one of them. Now that Google has officially released Android Auto, Hyundai should be pushing out updates to the 2014 and later Sonata's. So we should be seeing more people using Android Auto in the near future. I got a chance to demo Android Auto on the 2015 Hyundai Sonata back in January at the North American International Auto Show, and I was quite impressed. If you aren't planning on buying a new car, then the head units are what you want. Google promises that more partners will be launching theirs soon, but Pioneer is first on the list.

Google will also be putting together an Android Auto collection list of apps that work with Android Auto. Including apps like Spotify and Whatsapp. Others include Stitcher, Kik, TuneInRadio, and iHeart Radio.