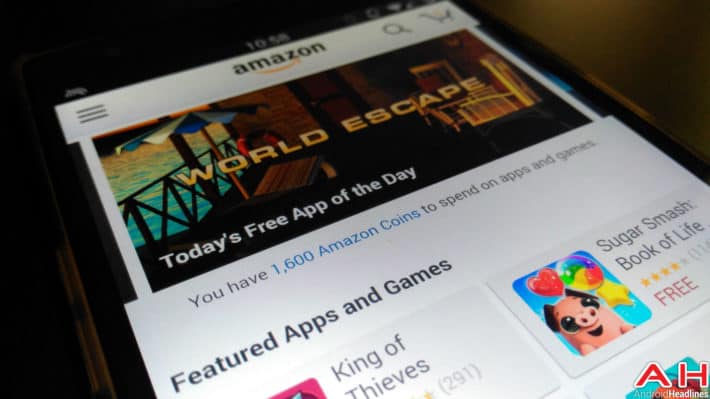 If you are new to android, then so far you might have only been downloading apps for your android device on Google's Play Store. However, you might want to know that there are two main app stores available to android users. Google and Amazon's. For the more veteran android users out there, this will come as no surprise. They will be used to the Amazon's app store, their constant offering of a free app of the day and not to mention the occasional massive app giveaway in which they offer a large selection paid apps and games all for free.

If you are wondering why the amazon app store is being reported on then it is because Amazon seems to want everyone to know their app store exists. In fact, so much so that they have decided to launch a contest in which you can win a massive $25,000 shopping spree in the Amazon store. To be in with a chance of winning the sweepstakes, all you have to do is download an app from their Amazon App for Android Phones app. That's it. What's more, it does not seem to matter if you download a paid or a free app. They just want you to download an app.

So, if you want to be in with a chance, then you first need to click here and head over to the amazon contest page. On the page, you have to quickly register for the competition. Following this, you just have to download the Amazon app (if you have not already). Once downloaded, simply open the app, navigate to apps and games and download any title. Remember, a free app is enough to be entered. The competition runs from now until April 15th and the $25,000 will be awarded in Amazon gift cards. It is worth pointing out that you do need to be a U.S. resident to take part in the contest and it is only one entry per email address. Not to mention, only your first downloaded app will count as an entry. That said, it is not bad just for trying a new app store and downloading a free app. Let us know if you enter.