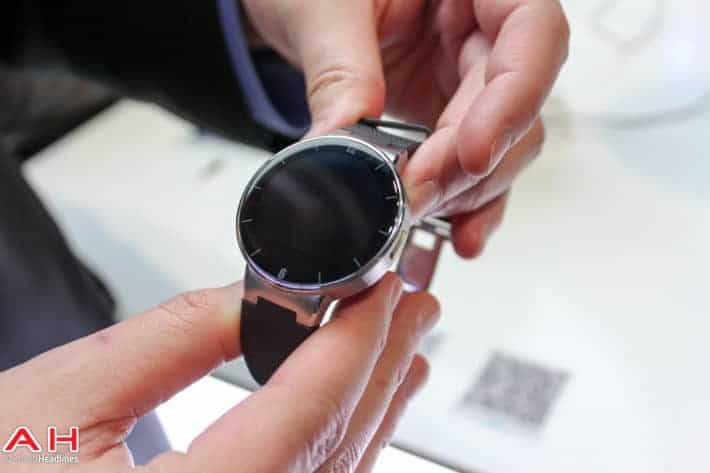 Smartwatches have certainly been one of the highlights of the last twelve months, with a whole host of offerings making their way to the market. As you would expect, after Google announcing a unifying android platform for smartwatches in the way of 'Android Wear', a number of manufacturers instantly jumped onboard with their own specific Android Wear watches. A few of these were announced at last year's IFA event and a few more were announced a short while ago at this year's MWC event.

That said, not all android compatible options that have recently been announced will come running on Android Wear. A couple of months before MWC kicked off, the first of this year's tech events commenced with CES in Las Vegas. One of the companies in attendance was Alcatel who were announcing the launch of their own smartwatch, the Alcatel OneTouch Watch. This one is one of the options which does not come running on Android Wear but is compatible with android devices.

Following on from its CES unveiling, Alcatel have today announced the OneTouch Watch is now available to pre-order. In terms of pricing, the OneTouch Watch will cost users $149, making it one of the cheaper options available and compared to many of the Android Wear offerings currently on sale. In terms of where, pre-orders will be taken from the Alcatel OneTouch website (source link below) directly. Specs wise, the Alcatel OneTouch Watch comes with 1.2-inch color touchscreen with a 240 x 204 resolution and powered by an STMicroelectronics (STM429) processor. The OneTouch Watch also offers music and camera controls as well as containing a bunch of sensors including Accelerometer, Gyro, Altimeter, Heart rate sensor and an E-compass. As well as an NFC tag and being water and dust resistant (IP67 rated). Size wise, the watch is 10.5 mm thick with watch face diameter of 41.8 mm. The thickness of the wristband is 3.5mm while the width is 20mm. All powered by a comparatively small 210mAh battery. Alcatel notes that at launch the watch will only be available in one color option which is listed as "a sporty black band". Although the press release does detail other styles will become available later on in 2015. You can check out images of the OneTouch Watch in more detail by heading over to our CES hands-on.