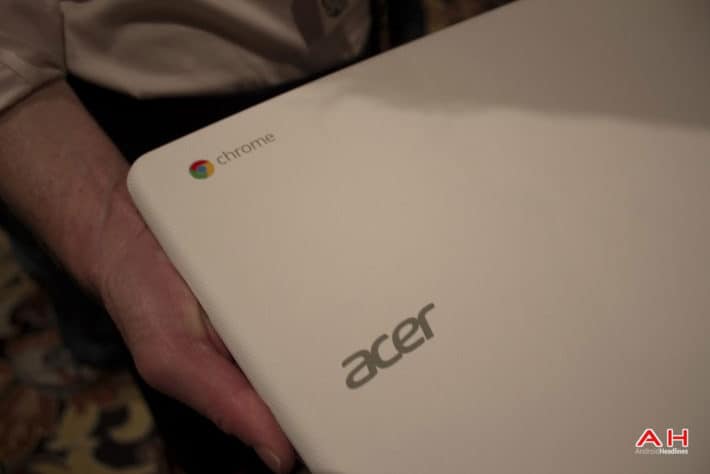 At this point, there's a Chromebook in just about every price range right now. Especially between the $200 and $500 price points. Earlier this month, Google introduced the new Chromebook Pixel, which came down in price over it's predecessor, but it's still quite expensive at $999 as an entry price. Acer announced the Chromebook 15 back in January at CES in Las Vegas. It's the first 15-inch Chromebook that's been announced – it's not quite available just yet – and likely will be the first one available. Now it appears that Acer might be looking to offer another model. This one with an Intel Core i5 inside powering the device.

The Acer C910-54M1 is a variant of the Chromebook 15, that is said to feature the Core i5-5200U processor, that's a Broadwell processor, and come in at a $500 price tag. About half the price of the Chromebook Pixel. It'll also feature 4GB of RAM, along with 32GB of SSD storage. However, it will only have a 1366×768 resolution display. However, according to +Brent Sullivan, he's seen the updated spec sheet which shows the Chromebook 15 coming with an i5 and a 1080p display.

The Google Chromebook Pixel does have a nicer display, at 2560×1700 resolution, as well as those fancy new USB Type-C ports. While the Chromebook 15 from Acer does not. However it does weigh in at about 4.85 pounds as well as WiFi 802.11 a/b/g/n/ac, USB 3.0 and 2.0, as well as upward-facing speakers on either side of the keyboard. We got hands on with the Acer Chromebook 15 back at CES, and it's obviously a larger Chromebook than we are used too. But it is definitely a great piece of hardware.