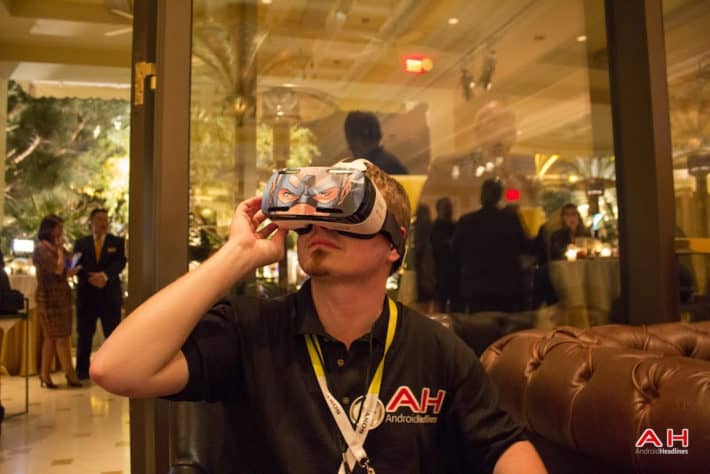 Virtual Reality is definitely taking off this year, with more hardware available than there was last year, and more importantly, there's actual content becoming available for these devices. Samsung is pushing things forward with the Gear VR (pictured above) with video content and soon games. The big names in gaming are getting involved in Virtual Reality as Sony is far along in development of Project Morpheus and Valve (the folks behind Steam) are working with HTC on a new headset. The problem with new hardware like Virtual Reality headsets is that they need to become part of our daily lives, lest they become niche products that don't sell well.

Facebook and YouTube seem determined to make it easy for people with VR headsets to enjoy fresh content, and YouTube recently launched plans to add 360-degree videos to the network, allowing users with compatible hardware to enjoy videos like never before. Now, it would seem that Facebook is looking to do the same. During the network's annual developer conference, Mark Zuckerberg himself announced plans to introduce 360-degree immersive video to the news feed. Elaborating on his plans, Zuckerberg said that the new video format would allow people to walk around a video, and explore it from different angles like never before. In an interesting twist, it was revealed that there was no need for a VR headset to explore these videos, but we're pretty sure Facebook will get their own Oculus VR involved sooner, rather than later.

To demonstrate things, Zuckerberg showed off a video of the Facebook headquarters in Menlo Park, California filmed using as many as 24 different cameras. Facebook is trying to compete with Google on more fronts than ever, and video is one area that Facebook has been focusing on over the past year. Videos are now a bigger part of the news feed than they ever were and with the addition of 360-degree video, Facebook could have a lot to compete with YouTube on. Whether or not Oculus Rift users will be able to enjoy these new videos remains to be seen, but considering Facebook spent a pretty penny purchasing Oculus we imagine the idea has crossed their minds once or twice.