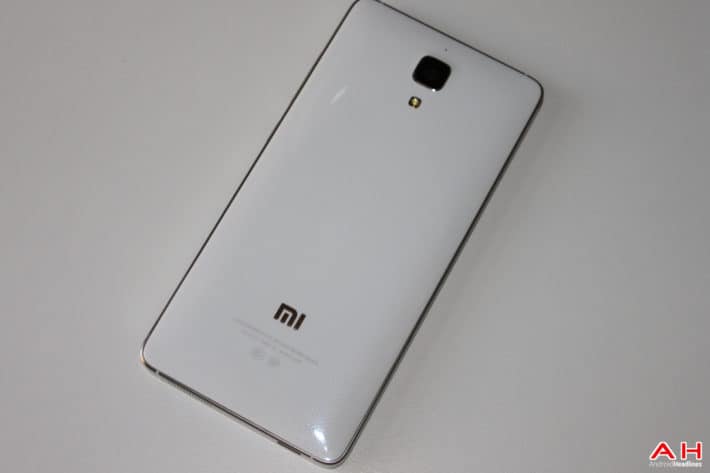 Xiaomi has already released a couple of smartphones this year, and yet their Mi 4 handset from last year is still one of the most powerful devices in the company's lineup. Xiaomi has launched the Mi Note and Mi Note Pro flagships back in January, and the company's flagship for last year can still hold its own. The Mi 4 is equipped with a Snapdragon 801 quad-core processor, 3GB of RAM and sports a 5-inch 1080p (1920 x 1080), amongst other specifications. Well, it seems like Xiaomi is preparing to launch a 2GB version of the Mi 4 in China which Xiaomi's CEO was talking about last year. Anyhow, read on.

The mysterious Xiaomi handseyt got certified by TENAA (China's equivalent to the FCC) in China, and it's a spitting image of the Xiaomi Mi 4. The listing has revealed that this handset will sport 2GB of RAM and that it will be available in three network variants, supporting all three major carriers in China: China Mobile, China Unicom and China Telecom. This handset will also come with 16GB of RAM, and according to reports from China, it will be powered by Qualcomm's Snapdragon 801 quad-core processor. Does this sound like a toned down version of Mi 4 to you? Well, it certainly looks like it. This handset will also offer 4G LTE connectivity, and the reports are saying that the device will be priced below the $300 mark, as Xiaomi's CEO said last year. We still don't have that much information about this handset, but it sounds like this will be a Mi 4 with somewhat less RAM on board. If that is the case, then you can expect a 1080p display on the front, 13-megapixel camera on the back and Android 4.4 KitKat out of the box with Xiaomi's MIUI on top of it. We still cannot confirm this, but we'll let you know as soon as we get some additional information regarding this device.

As a side note, Xiaomi is also expected to release the Redmi Note 2 and Mi 5 in the coming months, and the Mi Note Pro which was announced earlier this year is expected to go on sale in the coming weeks as well. Either way, stay tuned, it seems like Xiaomi still has plenty of devices to show us this year.