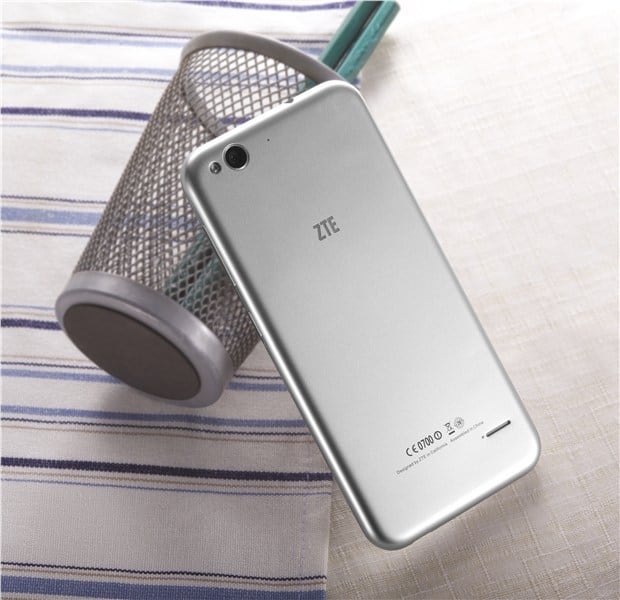 ZTE was rather quiet for a while, and then they announced a new device about a week ago. The Blade S6 4G LTE in an international offering by ZTE which will be available via AliExpress, Amazon and eBay worldwide, in case you'd like to know more info about that device, visit the announcement article. This China-based company revealed an additional two Blade-branded devices, though these new offerings are for Chinese market only. They have announced the Blade S6 and the Blade S6 Lux. Despite being named the same as the international device, the Blade S6 sports slightly different specs, though they're more or less the same, for the most part. The Blade S6 Lux, on the other hand, is an improvement over the international variant of the Blade S6. Anyhow, let's take a look at these devices and see what they offer to Chinese consumers.

The Chinese version of the Blade S6 handset is powered by Qualcomm's Snapdragon 410 SoC, a quad-core 64-bit processor clocked at 1.2GHz, unlike the international version's Snapdragon 615 octa-core 64-bit processor. This variant of the device also sports a bit smaller battery than the international version, which is to be expected considering the different processor that is included here. This handset features a 5-inch 720p (1280 x 720) display, 2GB of RAM and 16GB of expandable internal storage. 13 and 5-megapixel cameras are also a part of this package, and an LED flash is also available at the back of this device.

The Blade S6 Lux is an improvement over the Blade S6, as I already mentioned. This thing comes sporting a 5.5-inch 1080p (1920 x 1080) display along with 2GB of RAM and 16GB of in-built storage. Qualcomm's Snapdragon 615 octa-core 64-bit processor is powering on this thing and the handset ships with a 3,000mAh battery on the inside. 13-megapixel snapper is located on the back of this thing and flanked by an LED flash, while a 5-megapixel snapper can be found on the front side of this device. Android 5.0 Lollipop will come pre-installed on all of these devices with ZTE's MiFavor 3.0 UI on top of it. The ZTE Blade S6 will cost 1,699 Yuan ($272) in China, while the Blade S6 Lux will be priced at 1,999 Yuan ($320). All of these devices will be available soon. 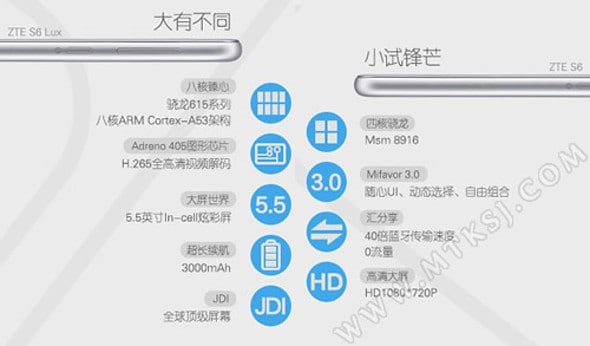