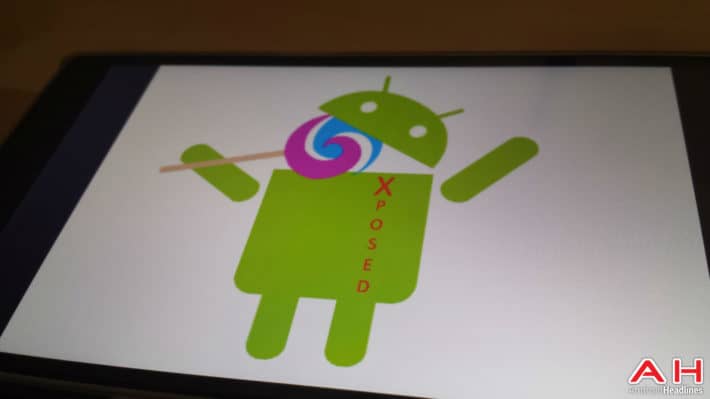 If you are part of the rooted world then you will know of a staple offering which goes by the name Xposed. For all those, that have yet to use Xposed or the Xposed Framework, then if you are rooted you are missing out. This is one of those tool boxes any rooted device owner should have installed. Xposed is literally a rooters playground source, full of Mods, Tweaks, features and services you won't find anywhere else. However, over the past few months there has been one glaring issue with Xposed and that was it did not play so nice with Android 5.0 (Lollipop). Due to the changeover from Dalvik to ART, Xposed had serious issues in running. In short, Lollipop went and broke Xposed.

Since then many have anticipated and waited on Rovo89 (the brains behind Xposed) to make Xposed compatible with Lollipop. There were some initial concerns that it might not ever be compatible, although they were short lived as Rovo89 did announce that it probably will work. Well, if you are one of those who has been waiting on Xposed to become available for Android 5.0 then it looks like the wait is over. Xposed is now compatible with Lollipop and available to download.

Yes, if you are currently running Lollipop and have been missing the goodness which is the Xposed Framework, then it is now available to install on your Lollipop device. To mark the arrival, Rovo89 did do a quick Q&A with the folks over at XDA and you can read it by clicking here. If you just want to get to the download then click here to head over to XDA where you will find the instructions and downloads. Just like on KitKat, you will need to have a custom recovery installed and flashed the zip file via the recovery. From there (again like KitKat), you will be able to install the Xposed Framework. It is worth noting, that this is an Alpha build and as such you should expect bugs. Doesn't mean there will be, but expectation is always your safest bet. The last prerequisite is that Rovo89 states this is currently only for ARM V7+ so will not work with any 64-bit processor running devices. Otherwise, you are a go with Xposed.