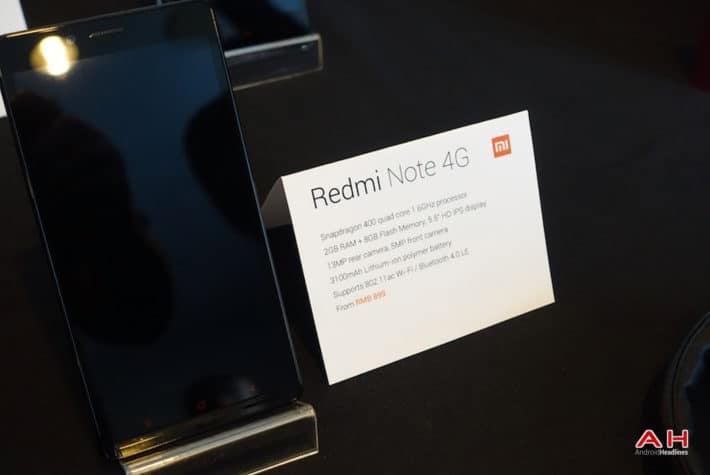 Xiaomi is updating the Redmi Note 4G, but it’s not getting Lollipop yet. The newest version of MIUI, version 6.3.5, is rolling out to the device in India and Taiwan. The update is huge, coming in at a whopping 577MB. It’s still Android 4.4.4 KitKat, but it does bring with it all of the updated MIUI features that are packed into the new version. Device performance is improved, and there are a couple of bug fixes for music playback and camera lag. The full firmware version for the update is MIUI 6.3.5.0 (KHIMIBL). The Android version number is 4.4.4 KTU84P KitKat. The update should be hitting users in other countries soon too, but for right now we only have confirmation that it is hitting devices in Taiwan and India. The Android 5.0 Lollipop should be hitting the device in the coming weeks once Xiaomi has the update completed.

The Redmi Note 4G was released last August. It’s a 5.5-inch device with a 720 x 1280 resolution display. That gives is a 267 ppi pixel density. Even on a screen that size, it’s not a bad looking screen. It’s running on a Qualcomm Snapdragon 400 chipset with 2GB of RAM and 8GB of internal storage. The processor is clocked at 1.6GHz and the GPU is an Adreno 305. There’s a 13-megapixel camera on the back of the device and a 5-megapixel camera on the front. It launched with Android 4.4.2, but it was updated to 4.4.4 KitKat relatively quickly. It’s got a built-in compass and FM radio, and Xiaomi is selling these phones like crazy, just the way they sell most of their devices.

We won’t ever see the Redmi Note 4G in the U.S. We probably won’t ever see any of the current line-up of Xiaomi devices. The company wants to break into the U.S. market, but they’re going to have to put together some new hardware and software that doesn’t blatantly copy Apple before they can make that move. Hit the source link below to check out some screenshots of the new Redmi Note 4G MIUI update.