Carriers do not seem to be doing so well in the headlines recently. If they are not being accused of buying up all the Nexus 6 devices from Google then they are being accused of charging people for unlimited data and not providing them with the unlimited amount of data they had paid for. So, overall, no one is liking those carriers at the minute. That is why, when something new comes around and promises cell coverage at a cheap rate it is going to attract some attention and headlines.

Enter Freewheel. The tagline for Cablevision’s new phone service pretty much sums up what this offering is all about “Goodbye data limits. Hello Generation WiFi”. So basically, Freewheel is offering its users a carrier-like service without an actual network carrier. Instead, the Freewheel service is entirely dependent on WiFi hotspots dotted around your area. As such, your device will be ignoring all the pings from the nearby cell networks and instead will only latch on to the reporedly millions of WiFI networks in range. The upside of having a WiFi dedicated network is that costs can be kept low. And they are low. For $29.99 a month, users are offered unlimited (apparently the real ‘unlimited’) data, calls and texts. if you happen to already be a Cablevision cable customer then you can benefit from all the Freewheel services for only $10 a month. Not to mention there is no annual contract needed to benefit from the service.

We first heard about Freewheel a couple of weeks ago when Cablevision made the press announcement that the service was due to go live in February. Well, as February is now upon us, it is probably less of a surprise that the service has now indeed gone live. As a result you can right now pick you your first ever Freewheel device. Which, by the way, happens to be a Motorola Moto G. The device will currently set you back a rather small $99 and comes loaded with the WiFi searching network installed. If this sounds like something you might be interested in, then follow the source link below to head over to the Freewheel website. In case you are worried about how good the WiFi coverage is in your area, it is worth noting they offer a 30-day money back guarantee. So any takers? 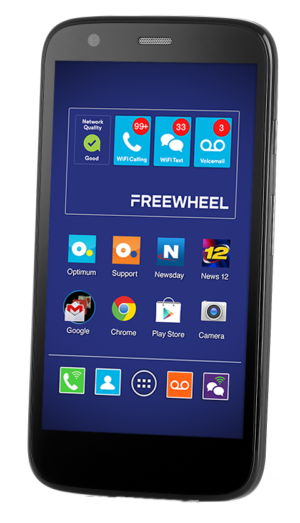