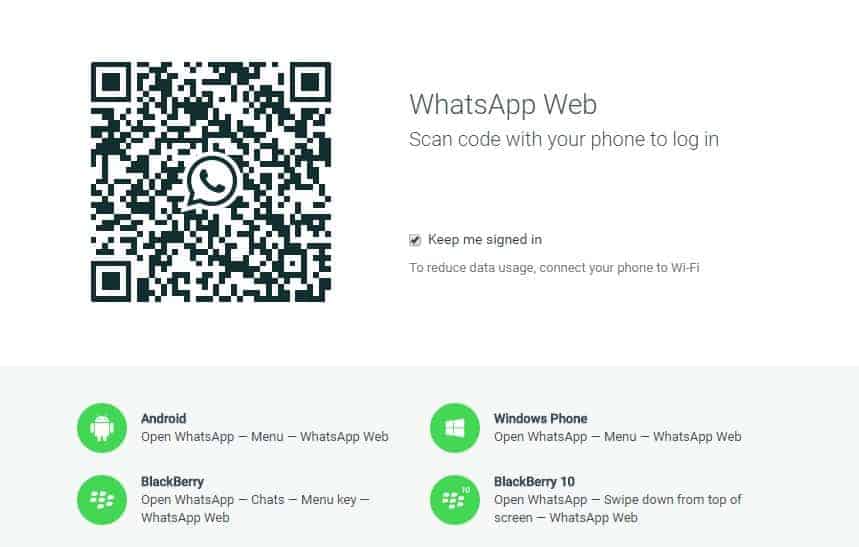 WhatsApp rolled out a web version of its chat service last month, but it was only available for Chrome users at the time it launched. Today they are making the web version available for Firefox and Opera browser users as well. The chat app that Facebook bought a year ago had been working on their web version for a little while, and then when it did roll out it was only available in Google Chrome. Thankfully it didn’t take the company long to make it available to more users. There’s still no sign of Internet Explorer support, though.

The WhatsApp web app mirrors the app on your phones, and syncs all of your conversations and messages between your browser and your phone. Your messages are still stored on your phone too, so you won’t miss out on anything when switching between the web and your device. Having the messaging in your browser makes it much easier to use throughout the day. I don’t know about you, but I definitely prefer typing on a full keyboard instead of the smaller keyboard on my phone. If given the choice, I’ll take the full keyboard every time. It’s great because a lot of messaging services are rolling out web versions of their smartphone clients. Google Hangouts is great on the web, and other apps like Line and Viber also have their own web apps.

WhatsApp is available on Android, Windows Phone, BlackBerry, the web, and even Nokia’s S40 and S60 platforms. iOS is conspicuously missing from the bunch, and WhatsApp says that they don’t have an iOS because of “Apple platform limitations.” It’s not often that we see an app available everywhere except iOS.

WhatsApp also announced voice calling available in the app for all users less than a week ago. WhatsApp voice calls use data, so you won’t be using your carrier minutes to place a call to your WhatsApp contacts. If you’re a fan of Firefox or Opera, you know have the option of chatting through WhatsApp right in your web browser.