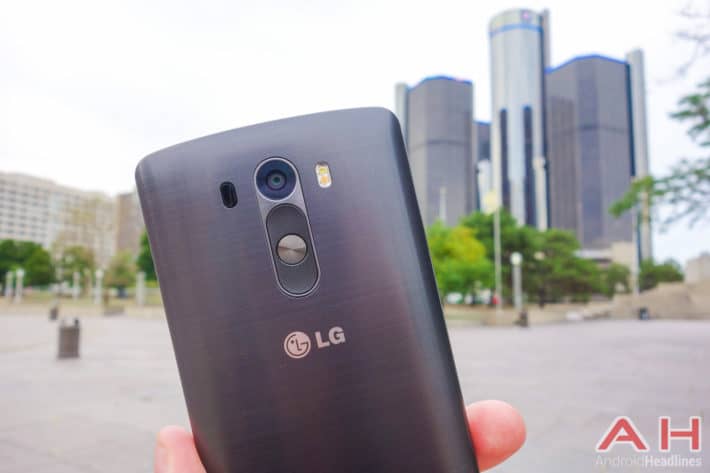 Verizon’s LG G3 should be happy this afternoon. Not only do they own a great device, it’s getting updated to Android 5.0.1 Lollipop as we speak. You can try to grab it right now by heading into your Settings, then going to General -> Systems-> Updates and seeing if the update is available for you. It might not be, but if it isn’t, don’t worry too much. This update is an official OTA coming from LG and Verizon. You’ll have it soon if you don’t have it already.

This Android 5.0.1 Lollipop update for the Verizon LG G3 is version number VS98523A. It includes everything you’ve heard and seen about Lollipop: Material Design, the new Recents menu, Project Volta for better battery life, the ART compiler for faster app response, and updated lock screen notifications. It’s a pretty big update, so jump on your closest Wi-Fi network before you start the download. You will want to make sure your battery is charged at least half way before you install the update, just in case. As someone who is still waiting on an official Lollipop update for my device (Xperia Z2), I can honestly say I’m a little jealous of G3 owners on Big Red.

Verizon launched the LG G3 in July of last year. It’s LG’s current flagship device, and it’s a heck of a phone. It has a 5.5-inch display with incredibly small bezels and a 1440 x 2560 resolution screen. Pushing those 2K pixels is a quad-core Snapdragon 801 chipset clocked 2.5GHz and an Adreno 330 GPU. It has 3GB of RAM, 32GB of internal storage, and a microSD card that supports up to an additional 128GB of storage space. The 13-megapixel camera on the back has OIS, laser autofocus, and is one of the best smartphone shooters available on any device. The device even comes factory SIM-unlocked and will work with SIM cards from AT&T and others, making for an easy switch to another carrier if you need to do that.

The 5.0.1 Lollipop should be hitting all of Verizon’s G3 users in the coming weeks. AT&T and Sprint users should have it already, too. Drop us a line in the comments and let us know when you get yours. 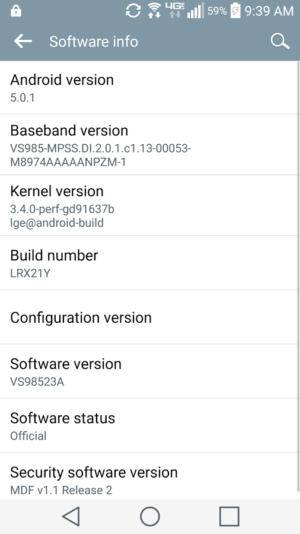