Super Cricket 2015 is a simple, fun-to-play Cricket game for Android that's designed to be as simple to play as possible. As of writing, the Cricket World Cup 2015 is in full swing and we're sure many fans are looking to get their hands on a Cricket game or two. Super Cricket is a simple, one-touch game that plays on one of Cricket's most important things to master; timing. It's all about timing things right in order to get the most amount of runs. You can play as a number of popular International teams and your lifetime scores are remembered across these different teams. There's even the opportunity to win real money, apparently. Read on to see if this is the Cricket game to satiate your needs this tournament.

As with all Android games, it's a good idea to start at the Play Store, with Super Cricket 2015 being a quick download. Once you've got the game installed, you're ready to play. 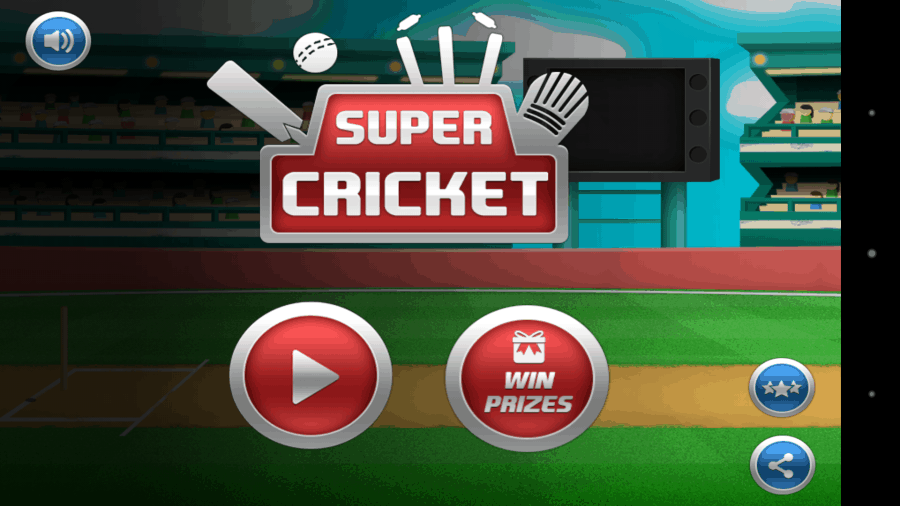 You can choose to play from one of the many International Teams included in the game, and as you play, your lifetime scores will start to appear listed here, as well. 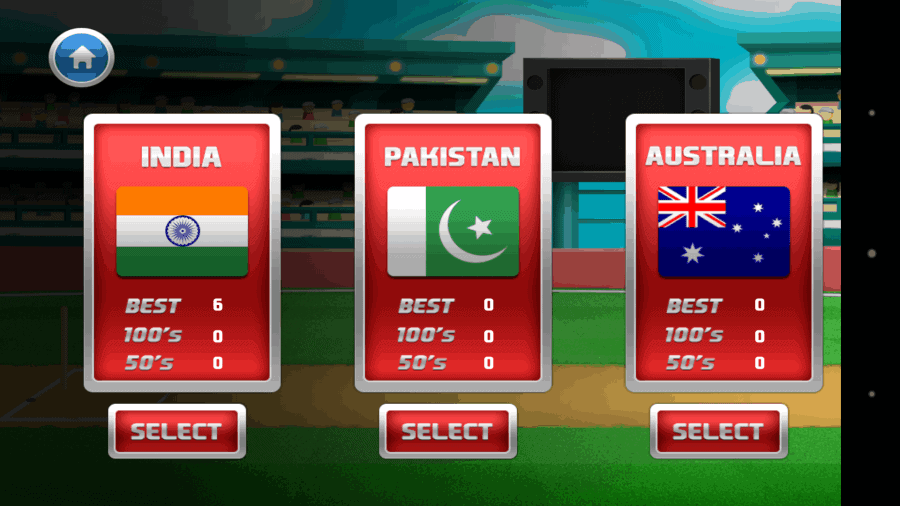 When playing the game, you'll notice how simple things are, with there being very little to do when in-game. All you need to do is to hit the play button when you see the ball coming in. You need to time this just right, otherwise you'll be bowled out. 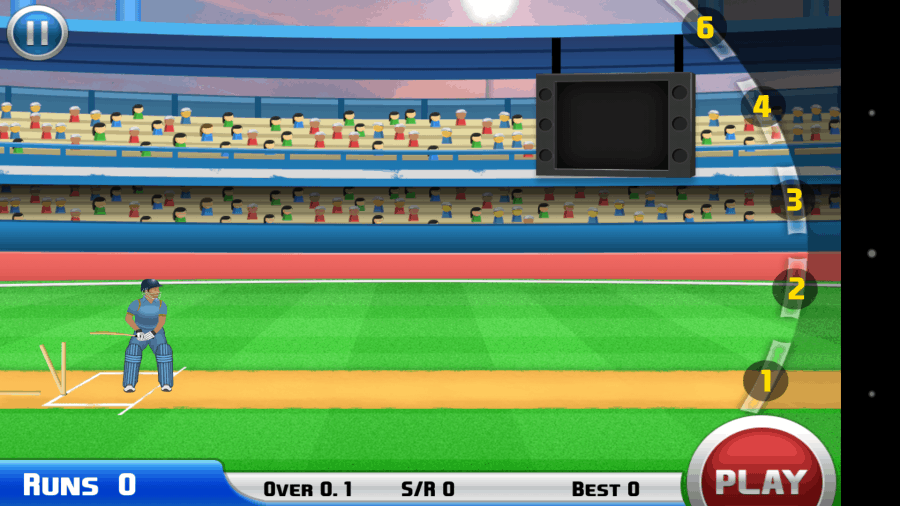 Now, when you do time things right, your hit will float off into the stadium and depending on where the ball hits in the numbers on the right, you'll be awarded runs. 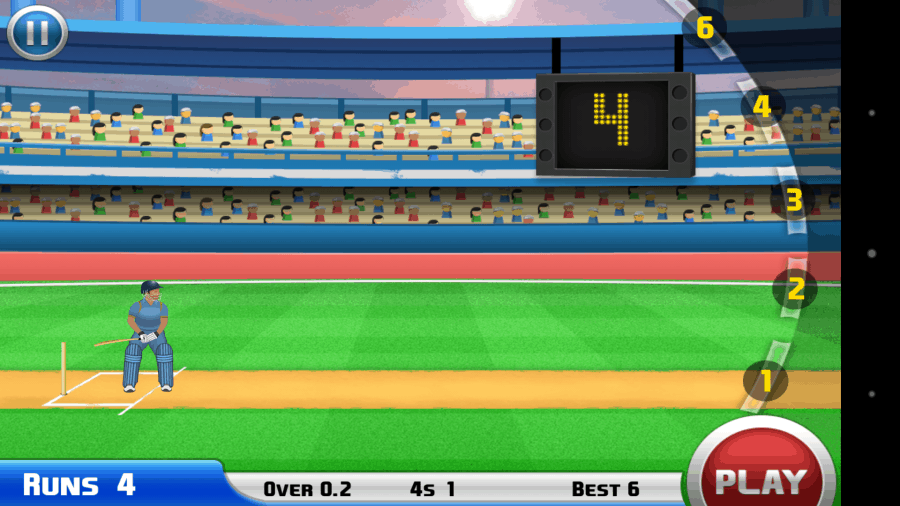 As for the opportunity to win real cash with the game, it seems this would apply only to our Indian readers, which is not a bad thing. These contests are going to start happening daily, with the results given out 24 hours after winners are declared. 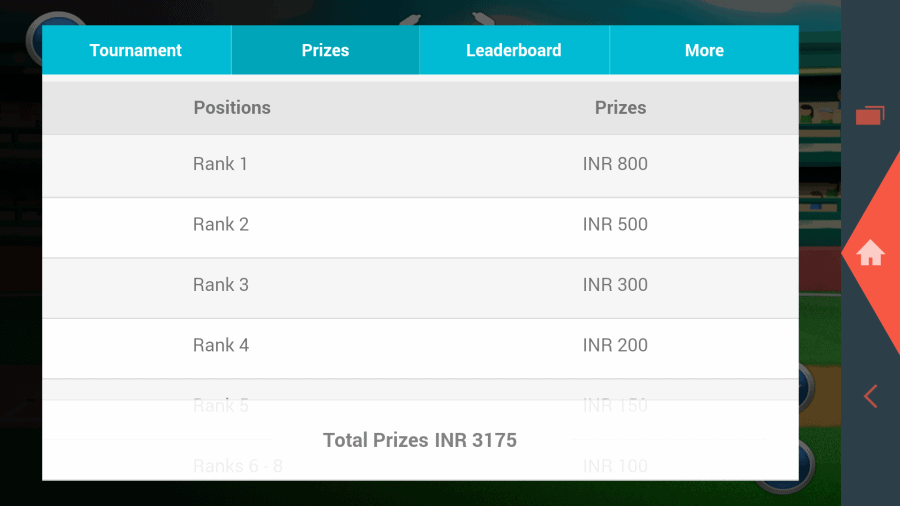 Competing with others is a key part of the game, and you can always take a look at the leaderboards to see what sort of competition you're up against. 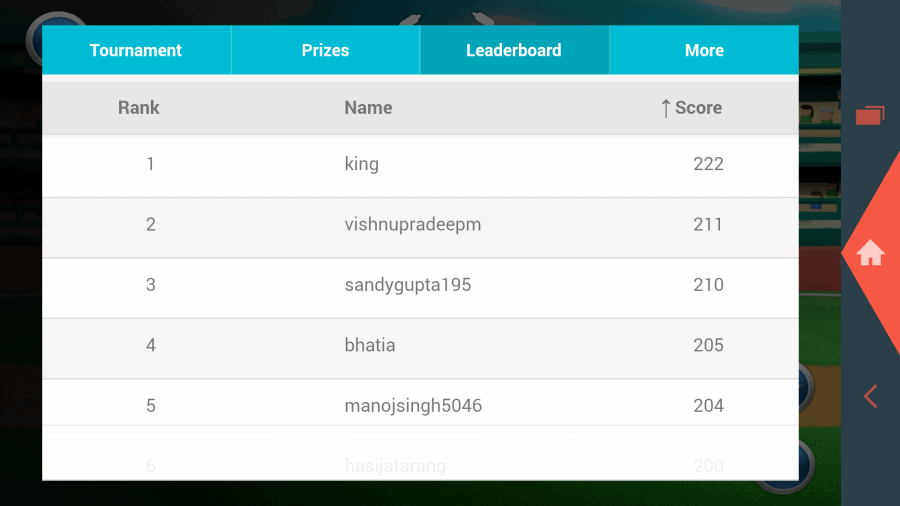 After spending a few overs with Super Cricket, I quickly came to conclusion that this isn't much more than a simplistic arcade offering. Having said that, there's nothing really wrong with that. After all, Super Cricket is very much a game you need quick reflexes for and one that you need to have a good timing to be successful at; just like batting in Cricket. The comparison isn't as simple as that of course, but once you get used to the timing, then Super Cricket is going to be a lot of fun for those that are looking for a simple Cricket game to play while waiting for their favorite team to start playing, or just as a simple competition between friends.

Now, if you're the type of person that only plays simple, and casual mobile games, then Super Cricket 2015 is a good option for you. Otherwise, we're looking at something that doesn't really have that much to offer. I guess the moral here is if you only expect a simple, easy to play game that doesn't have much depth then you're going to be more than happy. If you don't expect too much from Super Cricket, then you'll find a game that is a good bit of fun.