Treycent Voice Photos is an Android app, that also works on Android Wear and the web, that basically lets you bring up photos using voice commands. You create the voice command and which photo you want to appear when spoken aloud, and you can share these commands with others. It's an interesting concept and while the uses aren't exactly immediately clear, there's a lot of potential here. It works online using a username and password to keep your commands synced across your smartphone and the web app (which works with voice as well). Treycent is certainly a new idea for Android, but a tool that many will find unique uses for. So, without further ado, read on to see whether or not it's for you.

Getting things set up isn't too difficult, all you need to do is download Voice Photos from the Play Store. Then, you'll need to create an account, which is really easy as all it asks for is an email and a password. This is so you can keep your commands synced and share them with others. 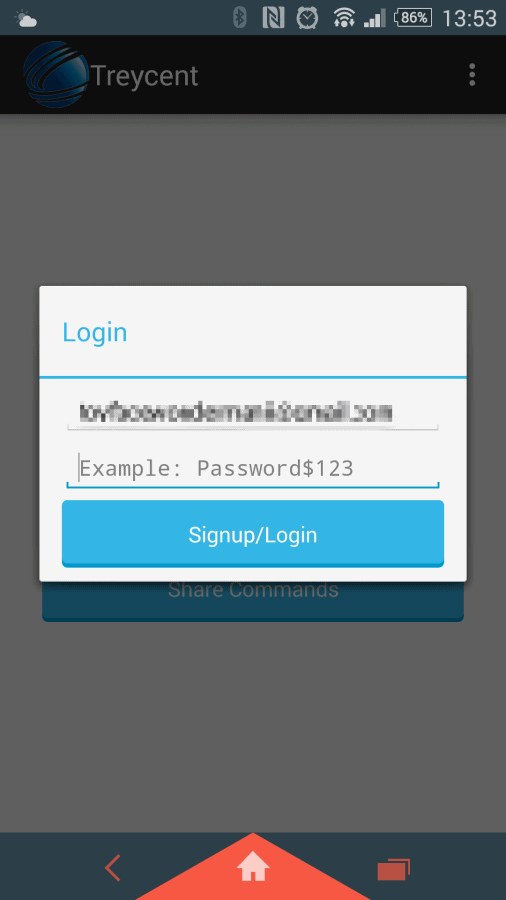 From there, you're pretty much ready to go, but it's best to watch this short video of the app in action, which gives you a good idea of what Voice Photos is all about and how to use it.

The interface of Treycent is really easy to navigate around, with a few key options being easy to follow and use from the main menu. 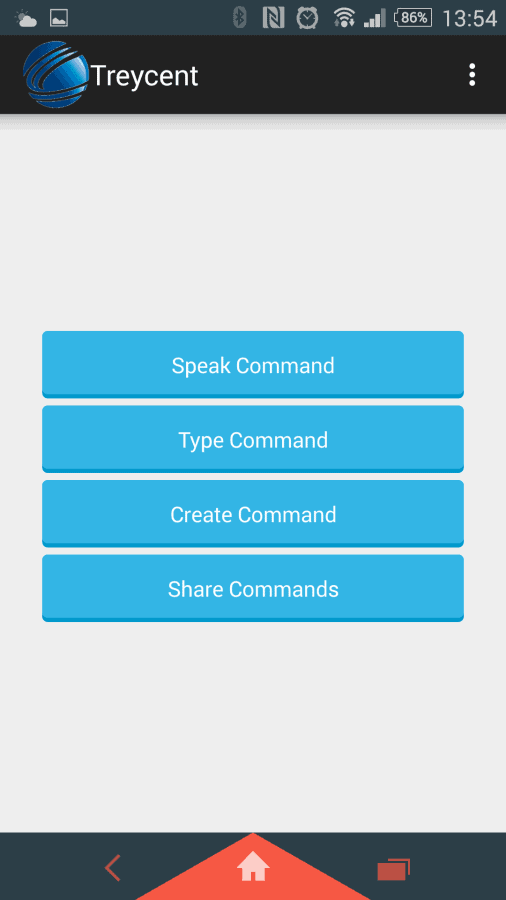 Creating a command is pretty easy, and while the app is called Voice Photos, you can use a URL to recall any content you want. Just go ahead and speak or type the command to create a new prompt. 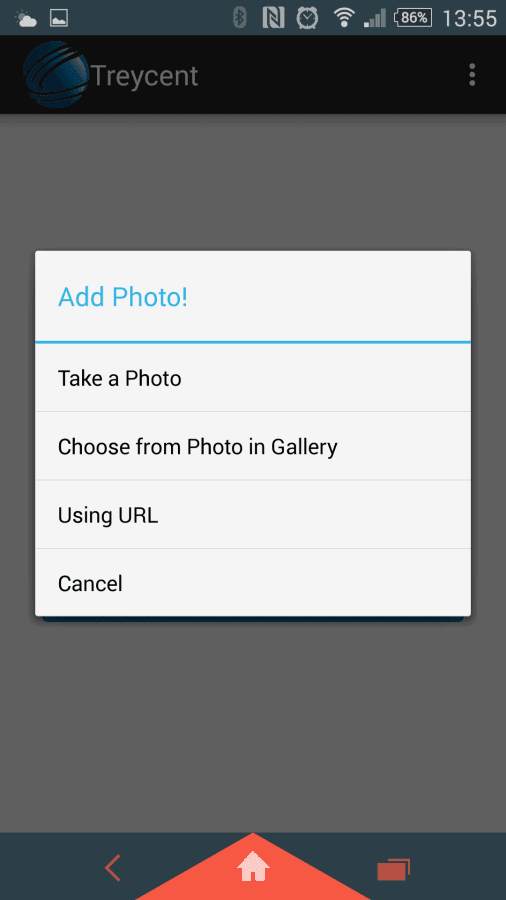 Adding a command is really simple, too. 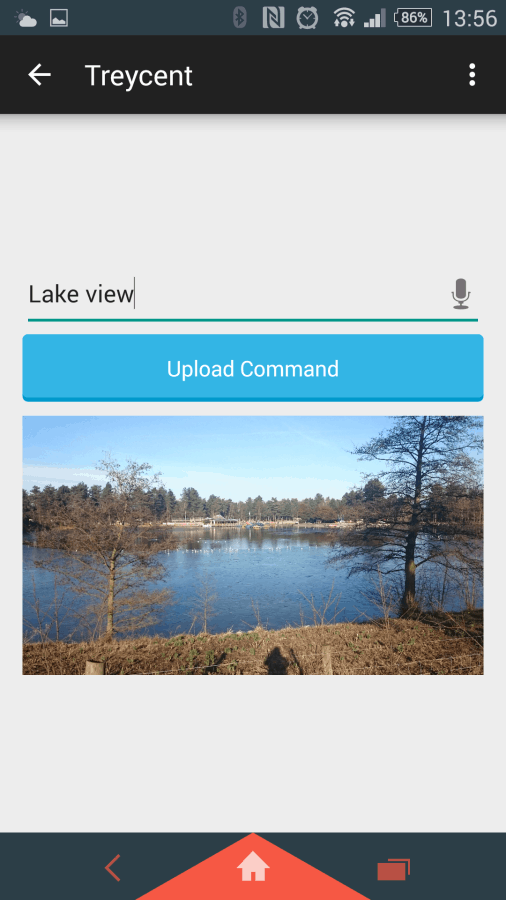 Once you have created some commands, you can try them out either from your phone or from your smartwatch running Android Wear. This is really quite as well, you just speak the command. 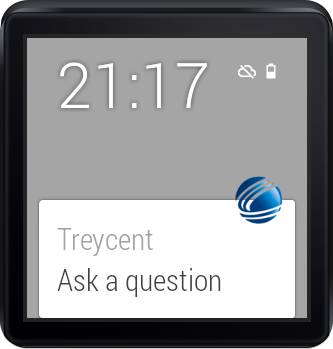 The Wear app, in my opinion, needs some work as it kept on constantly asking me to say something at one point, but it does indeed work and basically blends in like any other app would as another card in the overall stack running. I'm more interested in the phone side of things though, after all I'm more likely to show off a photo to a friend on my phone than I am my watch. On the Chrome app, I created a command for "puppy asleep" with a link an image on the web. Speaking or typing that command will simply display the image for me, just as it says it would. 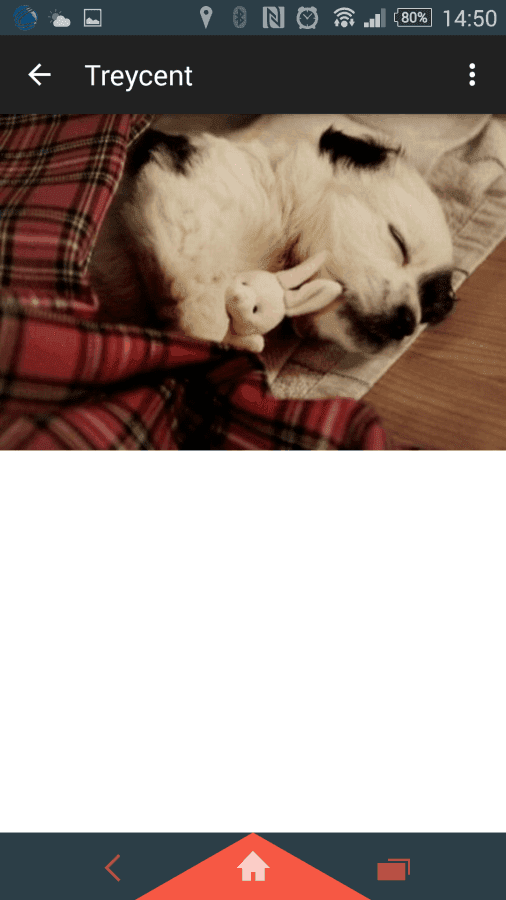 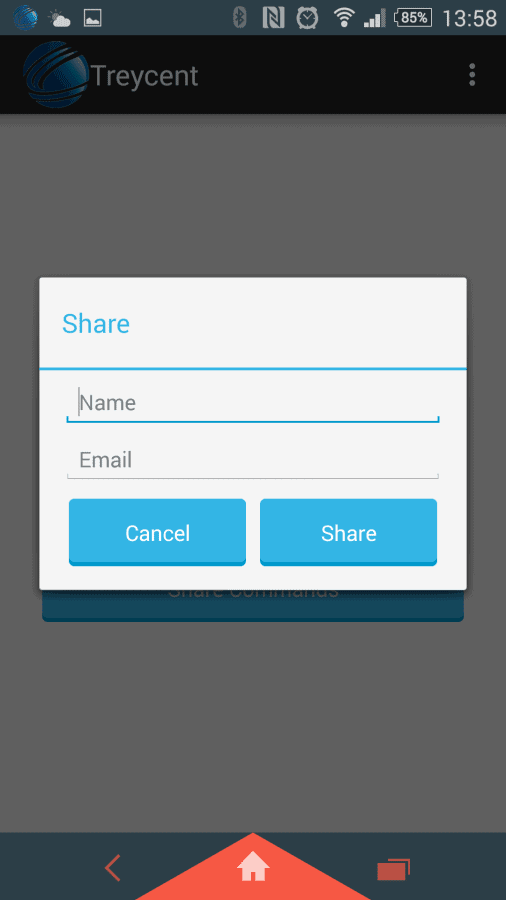 An interesting thing I came across was that if for whatever reason, Treycent couldn't load your image, it'll perform a Google search. 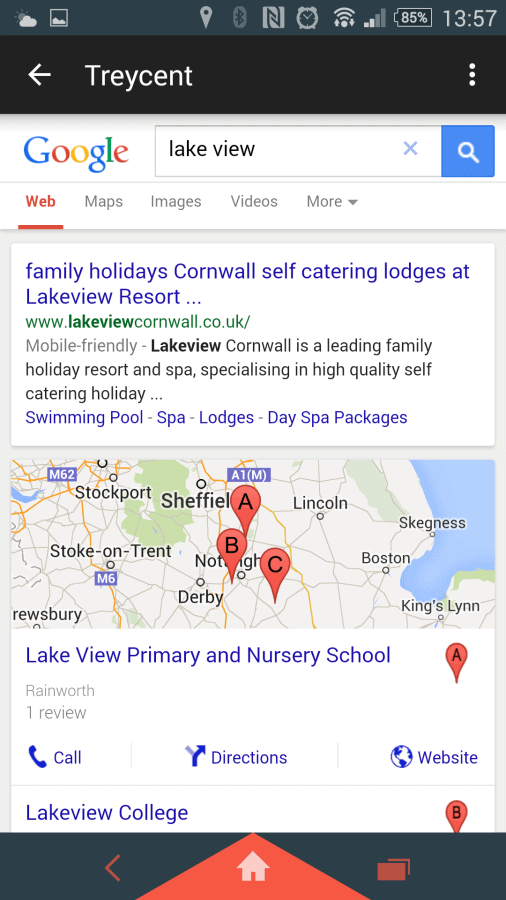 This leads me to another use that Treycent have envisioned for their app; the recalling of web content. Their example is teaches can quickly use Treycent to bring up resources online without having to remember the URL and they can also share it with other teachers.

This seems like a logical example to me; teachers can use the command "gettysburg address map" to bring up a resource while teaching about the Civil War, or anything at all really. It's a good show of what Treycent's Voice Photos app is really capable of.

After spending some time with Treycen't app on Android (and a brief encounter with the online service as well) I can see that there's a lot of potential here. Having said that, things are certainly rough around the edges. For one thing, the Wear app clearly needs work on the new Android 5.0 Wear release, and the process of getting an image on to the watch is pretty convoluted, but there's always room to grow here as well. On the phone and web side of things, things are much more positive. While I couldn't get the app to show me a picture from the gallery on my phone's storage, it did bring up web content without a hitch, and it worked brillianntly. This is the true power of Treycent, teachers can use it in the classroom, collectors could use it to quickly look up prices of items with commands like "star wars 77" or something similar, rather than remembering a URL or having to go to the web browser, to the bookmarks and so on. It's for this reason that I think the app is actually wrongly named, and something like "Treycent Voice Commands" might work a little better.

To me, it looks like Treycent Voice Apps needs a rename, some extra polish and a tighter focus on what the app can do. Right now, it's not exactly clear on how or what Treycent can be used for, the few videos that they have put online are certainly good examples, but some content in the app to the same effect would work wonders. Nevertheless though, it does indeed work, and if you look upon Treycent as a tool that can be used however you like, then the whole thing is a great idea and something that is well worth trying out.