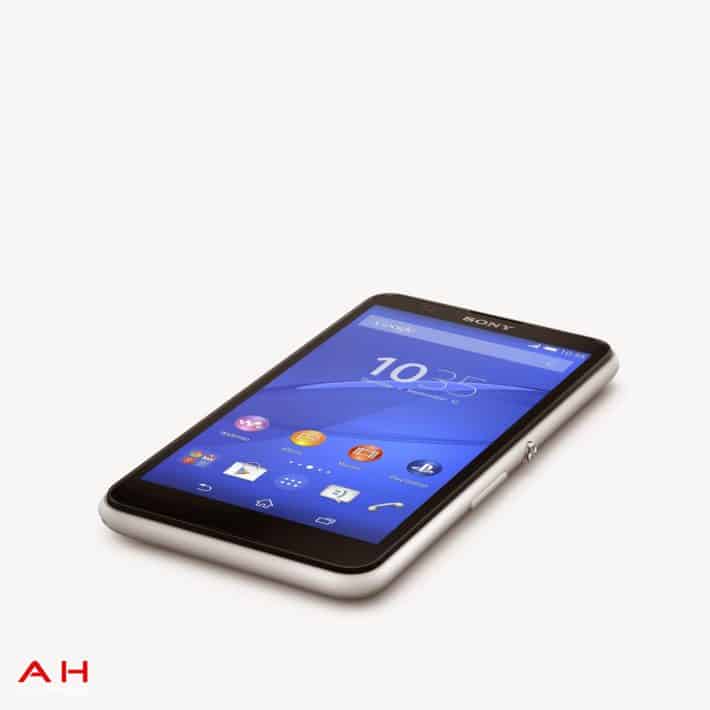 Sony's first device launch of 2015 is here and no, it's no Xperia Z4. Instead, it's yet another of Sony's mid-range devices that hopes to offer users the Sony experience without breaking the bank. The Xperia E4 is definitely not the most exciting device that Sony will release this year, but it's no doubt an important release for Sony; they're a popular brand in emerging markets like India and not everyone in Europe can afford to, or wants to spend the type of money an Xperia Z handset commands these days. It could also be a hint of what's to come when talking about Sony's design language for the upcoming year.

We'll start with what's on the inside, and things aren't all that exciting, but they'll definitely get the job done. Running the show is a quad-core MediaTek MT6582 CPU at 1.3 Ghz with 1GB of RAM. This MediaTek CPU is definitely a lowpoint, when compared to other Xperia devices, but the Xperia E4 is capable of two-days worth of battery life thanks to the 2,300 mAh battery and this efficient CPU. There's up to 8GB of expandable storage and the 5-inch display has a resolution of 960 x 540, which is hardly stellar, but still pretty decent considering the price tag which is to be around $150 or so when it goes on sale later this year. As for cameras, there's a 5-megapixel shooter at the rear as well as round the front, too.

This is a pretty run-of-the-mill device from Sony running Android 4.4.4 KitKat, but it's an interesting device for a couple of reasons. First of all, it shows that Sony is still going after the lower-end of the market, and as we've heard Sony is to release less devices this year, this could be one of the few affordable options from Sony. Second of all, this is definitely a more curvier design (which lines up with renders we saw earlier this week) from Sony, building on the curved edges of the Xperia Z3 and delivering something a lot less bulky at first glance. This could be a sign of things to come, but we'll have to wait and see if Sony will have something else for us during Mobile World Congress. The Xperia E4 should be on sale later this year, and you can take a closer look at the device in the gallery below.