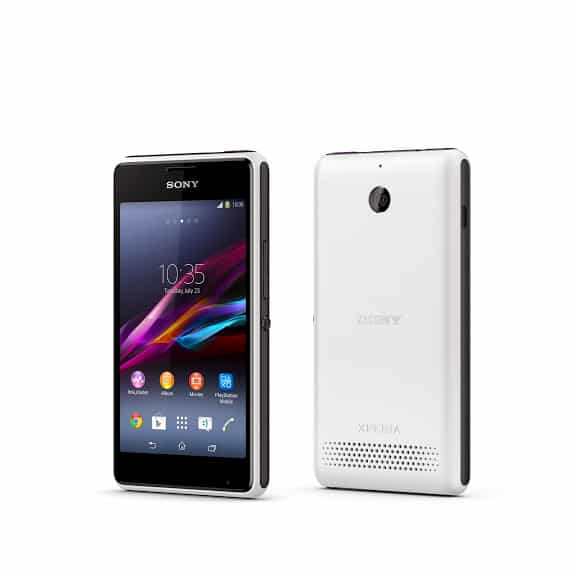 Sony is a brand that, while specializes in high-end smartphones like the Xperia Z3 and Xperia Z3 Compact, they also sell devices that go through the mid-range right the way down to the low-end. Last year's Xperia E1 was an interesting budget launch, not because it was particularly powerful or anything, but because it was really quite affordable for a Sony device and it did have some interesting features for such a low-end device. The Xperia E1 was so interesting because of its rear-mounted speaker that was capable of outputting up to 100 dB of sound, which is pretty decent for a low-end device, after all the speakers on these devices is often what suffers the most.

The rest of the device was decidedly low-end, with just a dual-core Snapdragon 200 and 512MB of RAM, but then again for a device that cost around â‚¬130 ($145) and carried a name brand like Sony, there's not too much more we could have expected. Now though, it looks like the company is to release a new version of the device. Over the weekend, the Spanish arm of Carphone Warehouse, Phone House, added a listing for the Xperia E1 II to their website, with a price tag of â‚¬119 and what could be a complete spec sheet. If the spec sheet is to be trusted, then it looks like Sony have upgraded their specs quite a bit this time around, with a quad-core 1.3 Ghz CPU listed along with 1GB of RAM and 8GB of expandable storage. The 4-inch screen gets a slight upgrade to a 960 x 540 resolution and the 5-megapixel camera is back again.

Naming a device Xperia E1 II doesn't seem very 'Sony' to us, so there's every possibility that this is just a placeholder page that Phone House have put online a little early. The image used appears to be of the original Xperia E1, but knowing Sony this design is likely to change very little. If this is a new device from Sony, then an announcement at Mobile World Congress is most likely and we wouldn't be surprised to see a couple of other smartphones to be announced alongside it.