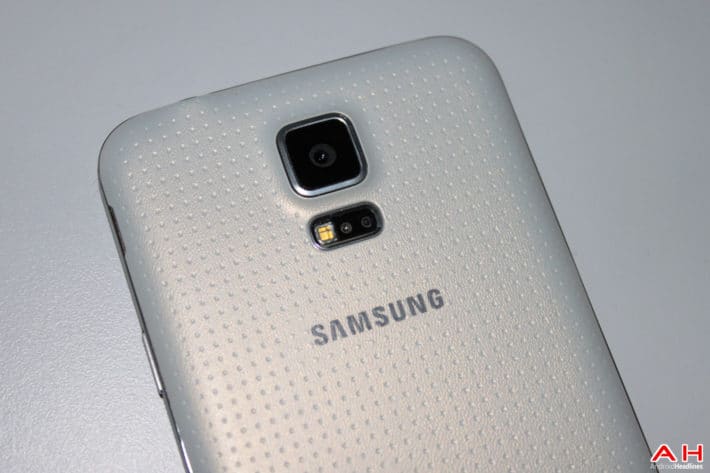 Last year's Galaxy S5, pictured above, launched with a couple of fancy features. Namely a fingerprint sensor and a heart rate monitor. This year though, we've been hearing whispers of a 'special feature' to launch with the Galaxy S6, and while this is hardly surprising, it does make us wonder what Samsung have in store for us this time around with the Galayx S6. A recent report out of South Korea could have spilled the beans on what Samsung is planning, and it looks like they're looking to go head-to-head with Apple once again. Last year Apple launched their own mobile payments system, imaginatively named Apple Pay, and it looks like this is where Samsung is looking to compete with the Galaxy S6.

According to the new report, it's all but confirmed that Samsung will be using technology from the US-based LoopPay to power their new payments system, and that it will indeed launch with the Galaxy S6 later this year. Mobile payments is an area where many have tried to succeed, which is ironically one of the main reasons consumers are far from convinced about the new technology. With Samsung being one of the biggest names in mobile though, they have just as much chance as Apple to convince consumers to get onboard with paying for things with their smartphone. Also, let's not forget that Samsung will be able to offer a little more security to consumers thanks to their fingerprint scanners.

This sounds like a pretty good candidate for a 'special feature' that execs have been mentioning in Korean press recently, but then again there's always a chance that Samsung have come up with yet another sensor that nobody is going to use. In all seriousness though, the Galaxy S6 is going to be one of the biggest launches of the year and if Samsung hope to turn their dwindling sales around, they'll need to have something very special indeed prepared for customers. Do you think that Samsung has what it takes to offer Apple a run for their money with a new payments system?