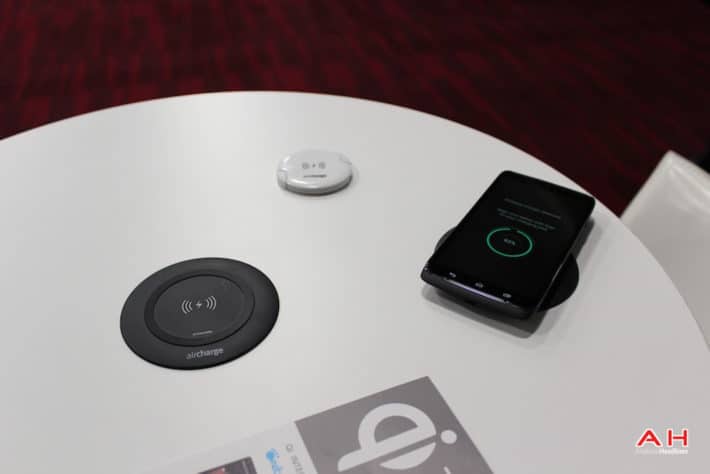 Ever since the Galaxy S III, Samsung has been offering their smartphones with wireless charging; as in the ability to without plugging your phone in. However, ever since then, you've been required to purchase a replacement cover in order to do so. As such, there are very few people out there that would even think of being able to charge their Galaxy device without plugging into the wall. This could change however, as there's word that the Galaxy S6 might be the first Samsung device to ship with the capability already out of the box.

As we've heard a number of times, most recently from Bloomberg, the Galaxy S6 is like to be built using an all-metal construction. Such a build would of course make a user-replaceable battery pretty difficult to implement. And so it's for this reason that Samsung's latest flagship may very well ship with wireless charging out of the box. A metal unibody construction would make wireless charging – through a magnetic induction method – pretty difficult to implement which leads some to believe that there's going to be some sort of window to allow the induction process to take place. These rumors once again suggest that there could be a glass panel used at the rear of the Galaxy S6 instead of an all-metal build. This would make induction charging a little easier, much like the Xperia Z3v on Verizon.

If the Galaxy S6 were to ship with wireless charging it'd be a big deal. First of all, Qi charging is supported by many smartphones and tablets out there, but it's still fairly niche. If a big release like the Galaxy S6 were to launch with the feature onboard, it'd definitely raise awareness and make wireless charging easier to use and more accessible while on the move. For reasons beyond me, firms like Starbucks are still using Powermat solutions in stores, which requires every single device to use a dongle to charge up. If Samsung can launch and push Qi charging on the Galaxy S6, then deals like the Powermat and Starbucks one that make little sense might not happen again. Let's just hope Samsung doesn't go with something proprietary.