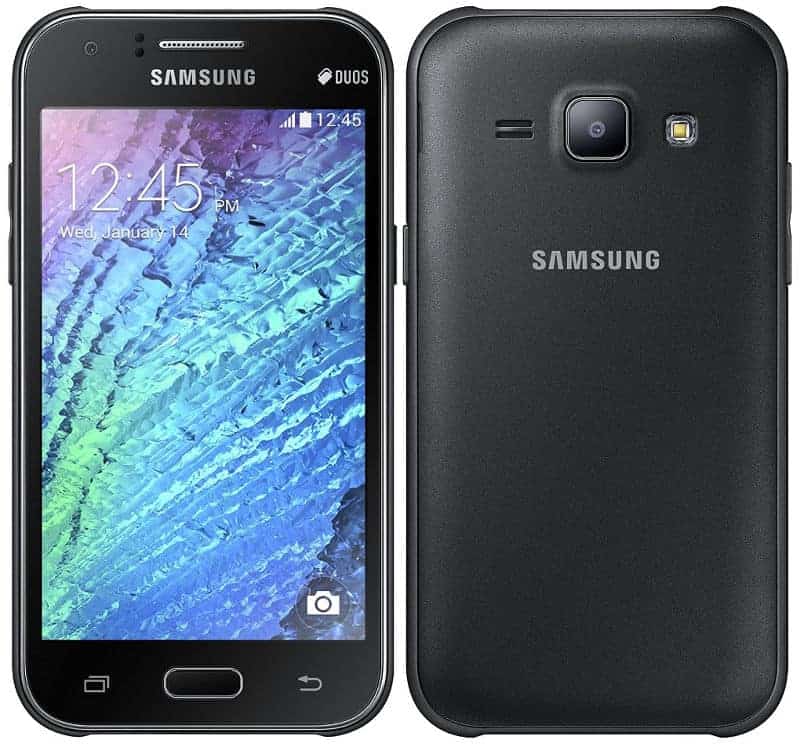 As we're waiting for Samsung's press conference at MWC (Mobile World Congress) in Barcelona which will take place on March 1st, the company keeps on announcing their devices in countries all over the world. They have announced the releases of two of their handsets today, the Galaxy E7 was released in China after it was released in India last month. That's not all though, we reported yesterday that the company will release their entry-level Galaxy J1 handset in India today, and we're here to do a follow-up to that article considering that the Galaxy J1 is now official in that Asian country.

The Galaxy J1 has been announced and it is available exclusively on Amazon.in, at least for now. In case you decide to buy this thing, you can take advantage of some offers Amazon.in is offering along with this handset. The offers are worth about Rs. 2,000 and include 500MB of free 2G/3G data per month for the next 6 months for Aircel and Reliance customers, free streaming and premium content on starsports.com, wapsite and some free apps. That being said, let's check out this device's specifications.

Samsung Galaxy J1 features a 4.3-inch 800 x 480 display along with 512MB of RAM and 4GB of internal storage (expandable via microSD card up to 64GB). 1.2GHz dual-core processor (manufacturer is unspecified) is powering on this thing and a 1,850mAh battery comes with the device. 5 and 2-megapixel cameras are available here, on the back and front of this device, respectively. Android 4.4 KitKat comes pre-installed here with Samsung's TouchWiz OS on top of it, and we're talking about a dual SIM handset here. The Galaxy J1 is 8.9mm thick and it weighs 122 grams. Keep in mind that this is a 3G HSPA+ handset, so no 4G LTE connectivity available here. Speaking of connectivity, Wi-Fi 802.11 b/g/n, Bluetooth 4.0 and GPS are all a part of the Galaxy J1 package.

That's it folks, the device is available exclusively via Amazon.in for now, as I already mentioned, and comes in White, Black and Blue color option. Should you decide to buy it, it will cost you 7,190 ($116). 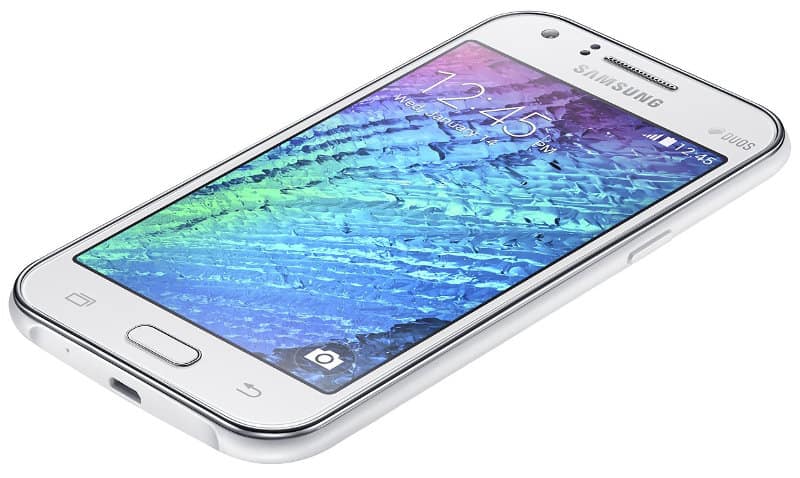