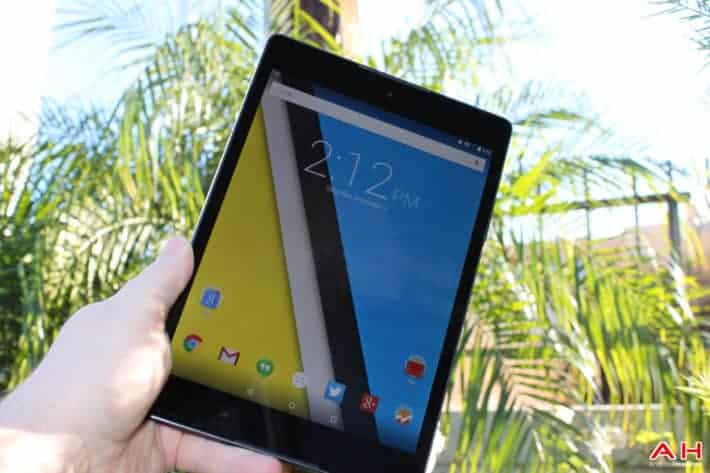 HTC's track record when it comes to tablets is checkered at best. The HTC Flyer was their first tablet, which tried to expand the HTC Sense interface from a smartphone into the tablet form factor. This failed to capture customer attention despite the extra gizmos attached to the device. Their second entry, the HTC Jetstream, didn't make it across to the United Kingdom and appears to be consigned to the anecdotal stories one hears at social gatherings, "Oh, HTC Jetstream, yes I knew a guy who knew somebody who had one and…" And then last year, HTC rejoined the Nexus project after a long hiatus and released the Google Nexus 9 device, based around the 64-bit, dual-core Nvidia Tegra K1-64 processor.

I've owned a number of Nexus smartphones and tablets in the last few years: I'm up to number eight. It's fair to say that I like my Nexus products but they're not without their problems; being close to the front of the queue when it comes to getting software updates also means you're first in the queue to beta test the operating system. And sometimes, our cherished Nexus devices come with faults that can make life difficult! I bought my Nexus 7 LTE for writing and then discovered that it couldn't connect to a Bluetooth wireless keyboard with the WiFi on until Android 4.4 Kit Kat arrived… that's just one example and it's a factor in why I picked the HTC Sense-equipped One handset as my smartphone a little under a year ago. I have to wait for my software updates (although the One received the update to Lollipop a week before my Nexus 7 LTE!).

And so the rumor that HTC are working on releasing a tablet based on the Nexus 9 is interesting, although @upleaks is only recycling what HTC said last year, that we should be expecting tablets from them. It being based on the Nexus 9 appears to relate to the dimensions and presumably the display size, whereas it'll have different hardware specifications. That could mean anything, from replacing the Nvidia K1-64 processor with something else from Nvidia (X1, anybody, perhaps to follow the rumored successor Nvidia Shield Tablet). Or perhaps HTC will revisit the Qualcomm Snapdragon line, maybe even looking at MediaTek processors too. Whatever HTC go with, the rumor is that we won't it until at least the second quarter.

I am still a fan of the smaller Android tablet; my Nexus 7 is hardly a perfect device but it fits into my back pocket whereas my Nexus 10 is more substantial. The Nexus 9 straddles these lines and I could see something this size replacing my two other tablets. Would I take a look at one running Sense? Yes, going on my positive experience of my HTC One M8, I'd certainly consider it. Tell us what you think in the comments below.

Trusted By Millions
Independent, Expert Android News You Can Trust, Since 2010
Publishing More Android Than Anyone Else
29
Today
75
This Week
75
This Month
3245
This Year
104724
All Time
Advertisement