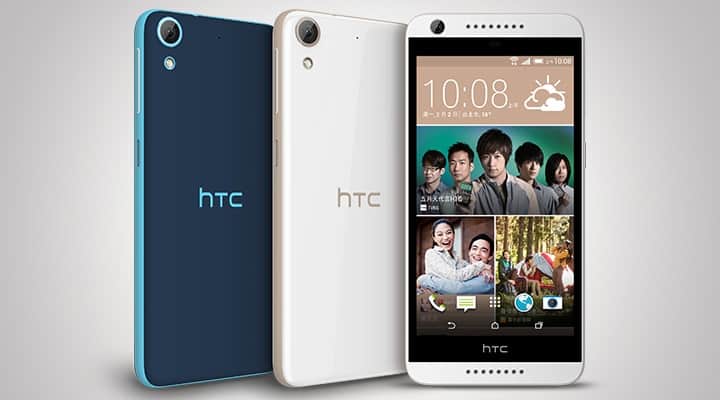 HTC is not doing all that well as far as finances go, the company managed to turn a profit in Q4 2014, but barely, they're simply not selling enough devices on a global scale. The company did some restructuring last year and they showed far more interest in developing markets, which could prove to be a success for a company, but only if they managed to price their devices right. Either way, this will be an interesting year for HTC, we'll see how will they fare in the market.

The company has unveiled their Desire 626 handset in Taiwan a couple of days ago, a new mid-ranger for the Chinese market. This Taiwan-based company didn't give us many details regarding its international availability though, but according to a rather well-known leaker, @upleaks, the device is on its way to Sprint in the U.S. The leaker didn't provide much information though, he just basically said the phone is coming and that it will be available pre-paid, which was to be expected. We'll be on the lookout for more information regarding this, but considering the device will launch in Taiwan later this month, I don't think it will arrive in the U.S. before March or perhaps April.

The Desire 626 comes sporting a 5-inch 720p (1280 x 720) display along with 1GB of RAM and 16GB of internal storage (expandable via microSD card). This thing is powered by Qualcomm's Snapdragon 410 SoC, a 64-bit quad-core processor clocked at 1.2GHz which comes with an Adreno 306 GPU for graphics rendering. The 2,000mAh battery ships with this device and the phone offers 4G LTE connectivity as well. On the back of this device you'll find a 13-megapixel camera (f/2.2 aperture, BSI sensor) along with an LED flash. 5-megapixel snapper is available up front and ready to take a selfie or let you video chat with someone. HTC did not reveal which version of Android comes pre-installed here, but I believe it's KitKat with Sense 6 UI on top of it.

This device will launch in Taiwan later this month and will cost $190, so I guess it will be somewhat more expensive in the U.S., almost certainly over $200. Does this handset seem interesting to you, would you be interested in getting a copy?