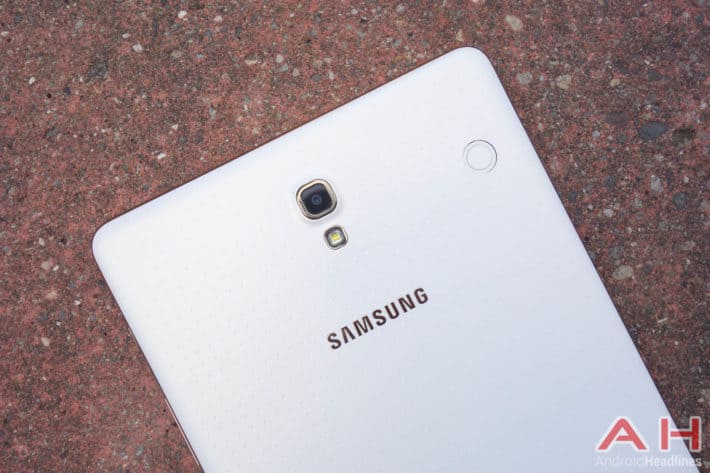 Despite all the problems Samsung has to deal with at the moment, that Korea-based company is still the number 1 smartphone manufacturer in the world, well, sharing the first place with Apple according to the latest report. Anyhow, Samsung is manufacturing all sorts of smart devices, from smartphones and tablets, to smartwatches and smart fitness bands. One of the most recognized Samsung products last year was the company's Galaxy Tab S, well, not just one tablet, but the Galaxy Tab S line tablets that the company released in 2014. I had the chance to use the 8.4-inch variant of the tablet, and I have to say that it was the best Samsung-branded tablet I've ever used. I didn't get to use it for long though, but in the timeframe I was able to get my hands on it, I was rather impressed.

Anyhow, Samsung has released two Galaxy Tab S products last year, the 8.4 and 10.5-inch variants with gorgeous 2560 x 1600 Super AMOLED displays. According to the latest report from SamMobile, the company is working on their successors. The models in question are SM-T710 and SM-T810, the two models from last year were SM-T700 and SM-T800. Samsung really doesn't have to improve a lot of things as far as specifications go here, both of last year's tablets offered some great specifications, and I do believe the company won't do much as far as that is concerned. The displays might even stay the same, though we're probably going to see an upgrade in the processor department. We still have no idea what will these devices be called, but I guess that simply adding the number "2" between the already existing names is a possibility, though that looks kinda odd.

Anyhow, these devices will almost certainly ship with Android 5.0 Lollipop on the inside, and Samsung's very own skin on top of Google's operating system, of course. We still don't have the exact timeframe when these devices might see the light of day, but if I were to guess, I'd say mid-2015 is a probable timeframe because the 1st-gen Galaxy Tab S devices launched in June, so… yeah. Let us know if you own either of the two currently available Galaxy Tab S tablets or if you had the chance to use one.