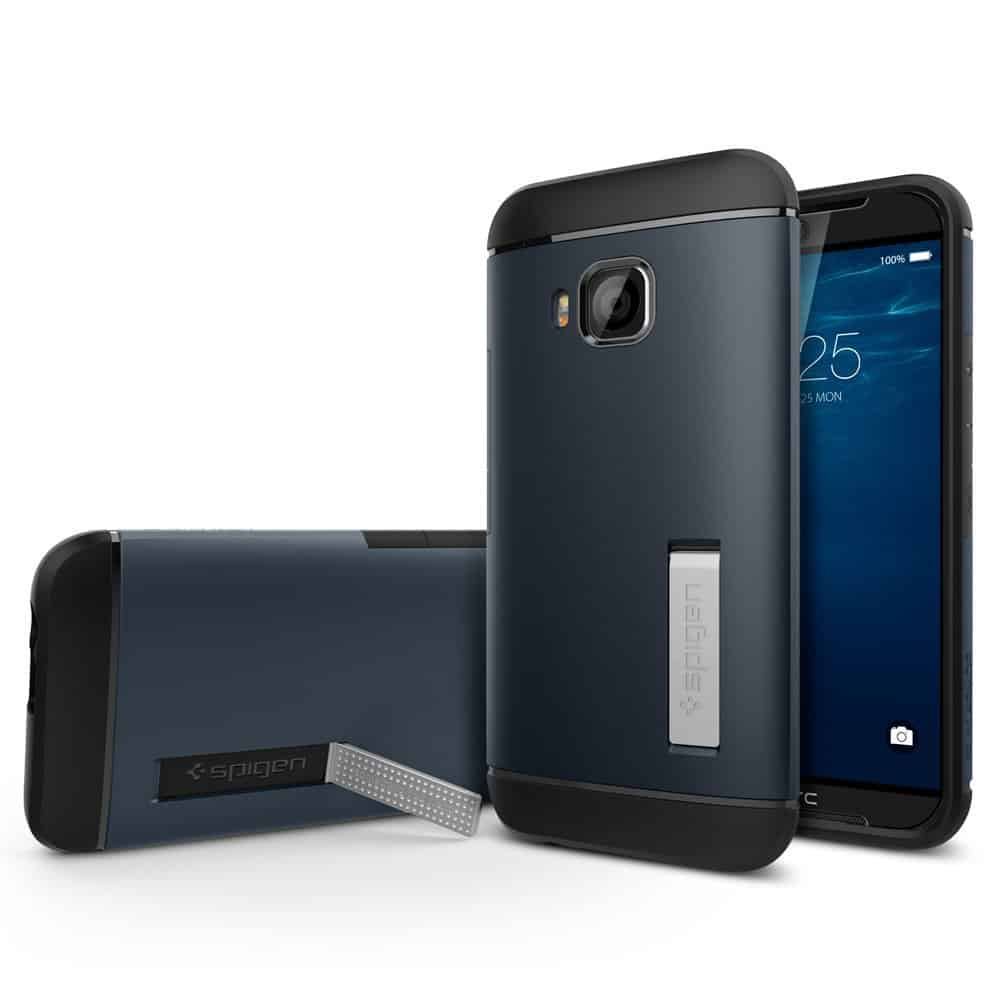 HTC has already confirmed that they'll hold a press conference on March 1st as part of MWC (Mobile World Congress) in Barcelona, the same day Samsung is holding their Unpacked event. HTC is going to unveil the company's HTC One (M9) flagship, and the One (M9) Plus unveiling is also possible. We've seen a ton of rumors, leaks and official teasers thus far, and yesterday both of these handsets popped up on CompuBench and showed off their alleged specifications. That's not all we've seen leaked when it comes to the One (M9) in the last 24 hours though, Spigen has listed a number of HTC One (M9) cases for pre-order on their official webpage, a listing that is quite revealing actually. This company is a well-known case maker and they'd hardly list these cases for sale if they don't know exactly how the phone looks like.

Anyhow, only a couple of hours later, Amazon has listed the Spigen-made HTC One (M9) case as well, all three colors. If you check the source link down below, you'll see the listing for yourself. Amazon says that the case will be in stock on April 3rd, and the case is currently priced between $13.99 and $19.99, depending on the color you choose. As you can see, all sorts of listing are popping up regarding HTC's upcoming flagship, and this one seems fairly legit, though we can't be sure until the phone actually launches on March 1st. Speaking of which, HTC's upcoming flagship is expected to feature a 5-inch 1080p display along with 3GB of RAM and 32GB of internal storage (though other storage variants are possible and probable). According to CompuBench's listing, this device will be powered by Qualcomm's 64-bit Snapdragon 810 octa-core processor which ships with an Adreno 430 GPU for graphics. 20-megapixel camera is said to be located on the back of this device, and a 13-megapixel snapper will probably be located on its front side. Android 5.0.1 Lollipop was also listed, and HTC's Sense UI will come pre-installed on top of Google's operating system.

There you have it, we're over a week away from the launch of this handset, and information is leaking all over the place. Would you be interested if the device ends up sporting the listed specifications?