PowerVR would sound familiar if you are remotely interested in knowing which GPU vendors power the graphics in many chipsets floating around the market today. Last year’s MWC marked the launch of the PowerVR GX6650 – a high-end Series6XT GPU for flagship devices. This time around, the company is announcing its console quality GPU just before MWC so here is a look at what it packs.

The PowerVR GT7900, or as the company likes to call it ‘the super GPU’ is the highest-performing GPU under the Series7XT family. PowerVR is proud of what they have been able to cram into the 14/16 nm process and like to compare with consoles and their graphics processor’s specification. With devices like the Ouya and Amazon’s Fire T.V. bringing gaming capabilities on board at affordable price points, Imagination thinks it would be the right time to launch a powerful GPU for entry level console gaming. PowerVR GT7900 delivers triple the peak GFLOPS performance courtesy of 2.6x increase in ALU cores. There are 512 ALU cores available now compared to 192 on board the GX6650 previously. PowerVR is confident when it says that this GPU is capable of going neck and neck with desktop-class graphics chips. To back up this claim, the PowerVR GT7900 packs the complete feature set for OpenGL ES 3.1 + AEP (Android Extension Pack) compatibility. This includes full hardware support for tessellation and ASTC LDR and HDR texture compression standards. Imagination also recognizes that one of the most common issues affecting and limiting cutting edge performance on flagship devices in terms of graphics output remains to be handling heat and issues of thermal throttling surrounding it. PowerVR has implemented a unique TBDR algorithm that keeps the efficiency at max when having ongoing sessions of performance-demanding tasks.

The GT7900 would also be handling native 4K videos at 60 FPS – something which has been a rarity with the current flagship devices. While OEMs like Imagination are making sure that their PowerVR delivers solutions that are relevant to the industry in the current period, it is essential to note that the future of this technology and its implementation would rest in the hands of the partners that PowerVR ties up with. PowerVR will be showcasing their recent developments and the GT7900 at GDC2015 at MWC2015. 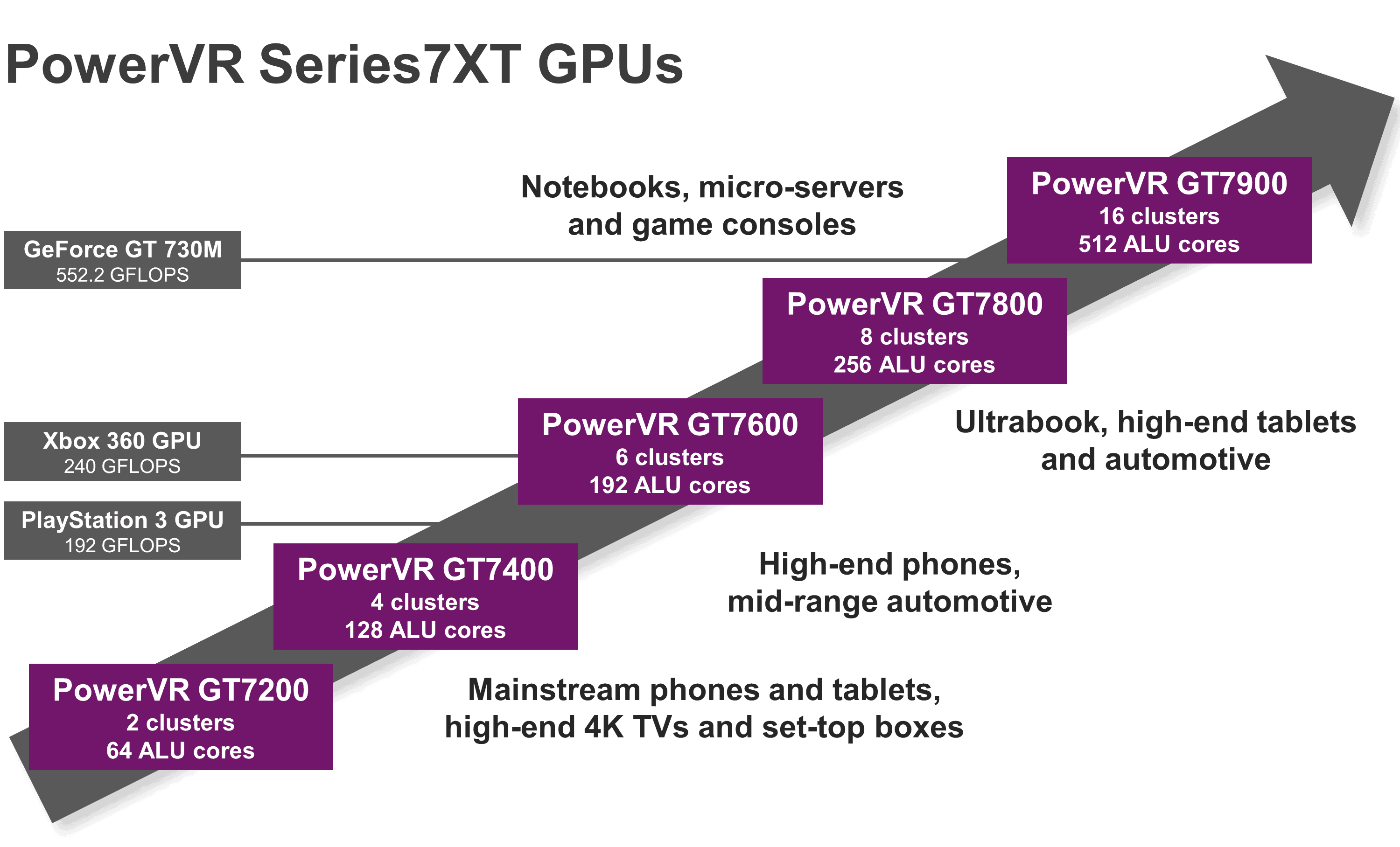