Boy do we have a good one for you today – the latest and greatest Samsung Galaxy Note Edge goes up against the latest and greatest Xiaomi Mi Note Pro.  Two devices that are sure to ‘wow’ you with their good looks, build quality and features.  The Galaxy Note Edge is Samsung at its finest – built on the very successful Galaxy Note 4 platform, the Note Edge adds a curved display on the right hand side in order to increase its functionality while retaining the S-Pen and ‘Note’ functions.  The Xiaomi Mi Note Pro builds on its successful Mi line by upping the size and specifications to the max.

As different as these two devices are from one another, they still have a few things in common.  The displays are almost identical in size and both come with QHD resolution, as are their battery sizes the same at 3000mAh.  They have the usual Wi-Fi, Bluetooth and microUSB port for charging and data transfer and because of their Qualcomm processors, they share Quick Charge 2.0.

Please take a look over the detailed Specifications Comparison below and see exactly where the Samsung Galaxy Note Edge and the Xiaomi Mi Note Pro differ – click on the ‘View Full Comparison’ at the bottom of the section to expand the details.  Then we will look at each individual device and determine some pros and cons to help see if we can pick which one of these smartphones deserves to win this competition. 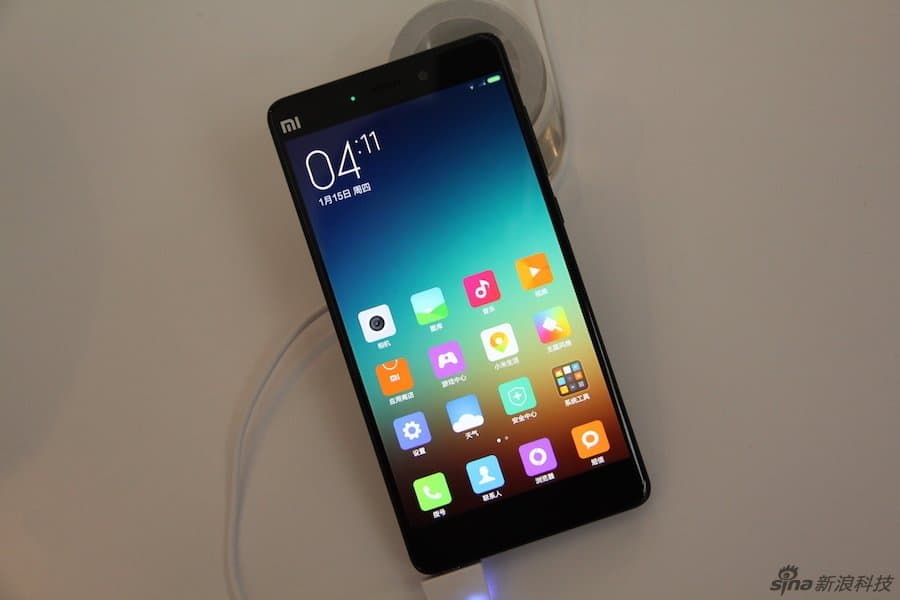 The new Mi Note Pro truly is a work of beauty and very reminiscent of an Xperia Z3 or older iPhone.  It has a Gorilla Glass 2.5D display – which means that the glass edge is slightly angled down – and the back of the device uses Gorilla Glass 3D – which means that the edges actually curve up, forming a ‘cup’ if you will.  These two pieces of glass are ‘strapped’ together by a metal frame and band that feels great in your hands…not to mention giving it a very premium look.

The Mi Note Pro sports a 5.7-inch QHD IPS LCD display with a resolution of 2560 x 1440 pixels and 515 pixels-per-inch (PPI) – versus a 5.6-inch QHD display on the Galaxy Note Edge.  For processing power, Xiaomi used Qualcomm’s latest 64-bit octa-core Snapdragon 810, with four cores clocked at 2.0GHz and the other four cores clocked at 1.5GHz.  It is the next generation of the 32-bit Snapdragon 805 quad core used in the US Galaxy Note Edge.  The Mi Note Pro finally brings us 4GB of RAM – versus the 3GB in the Note Edge – to work with that 64-bit processor and 64GB of fixed internal storage with no room for expansion.

The camera sports a 13MP sensor with autofocus, dual-tone LED Flash and OIS that compares quite nicely with the 16MP shooter found on the Galaxy Note Edge.  The Mi Note Pro uses a nice 4MP front-facing camera (FFC) for social media selfies and video chatting.  The 3.7MP FFC on the Galaxy Note Edge also adds a wide-angled lens for a better group shot or conference room video chat.  The battery comes in at 3000mAh (non-removable), which is the same size as the removable 3000mAh battery found in the Galaxy Note Edge.

Besides the usual features we mentioned in the introduction, I need to mention that while the Mi Note Pro does have 4G FDD-LTE capabilities, it is only for bands 3 (1800MHz) and 7 (2600MHz)…so check with your carrier or Xiaomi’s website to insure compatibility.  It is also a dual-SIM device so you can use more than one phone number – good for traveling in foreign countries.  It does have a large bottom mounted speaker that has enhanced audio circuits for better sound.  It should be running Android 5.0.1 Lollipop with Xiaomi’s MIUI 6 running on top and comes in black, white and gold and will run you approximately $532 unlocked. 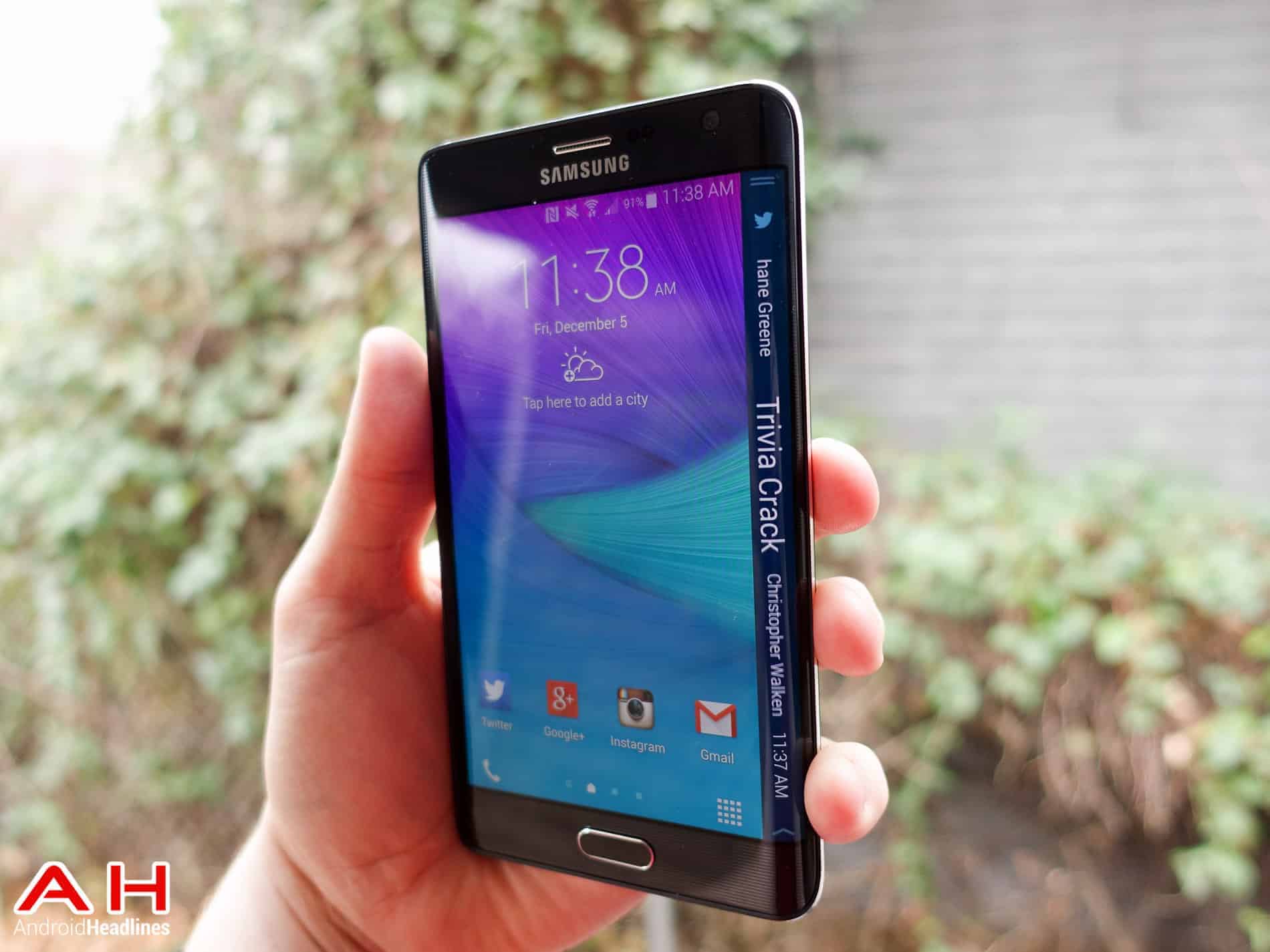 Samsung was being accused of offering only gimmicks and lacking innovation, so they took their improved Galaxy Note 4 and added a little innovation on the right hand side of the display and announced it as the Galaxy Note Edge.  The device looks and feels like a premium device and anybody that sees it will ask you what kind of device you are using – the ‘WOW’ factor…but is it worth an extra $100 over the Note 4?  The ‘Edge’ does offer app developers the chance to use that area for practically anything – a good example is that all of the camera functions are placed there, freeing up the display for your photo.

The cameras on both devices are very close, but again, there is a slight nod to the Galaxy Note Edge.  It has a 16MP sensor versus 13MP, they both have OIS and autofocus and an LED Flash (dual-tone on the Mi Note Pro), but the Galaxy Note Edge also uses Samsung’s ISOCELL technology for low-light pictures and you can shoot live HDR shots.  The FCC camera on the Note Edge also includes a wide-angle lens for better group selfies or video chatting.

When it comes to extra features, the Galaxy Note Edge covers the bases – VoLTE and Wi-Fi calling are ready to go, and we have a built-in IR Blaster, three microphones, Download Booster, fingerprint scanner, heart rate sensor, UV and Oxygen saturation sensor, and of course the improved and versatile S-Pen and Multitasking features.  It is available on all major US networks and will cost you $399 on a two-year contract or $800 – $900 off contract. 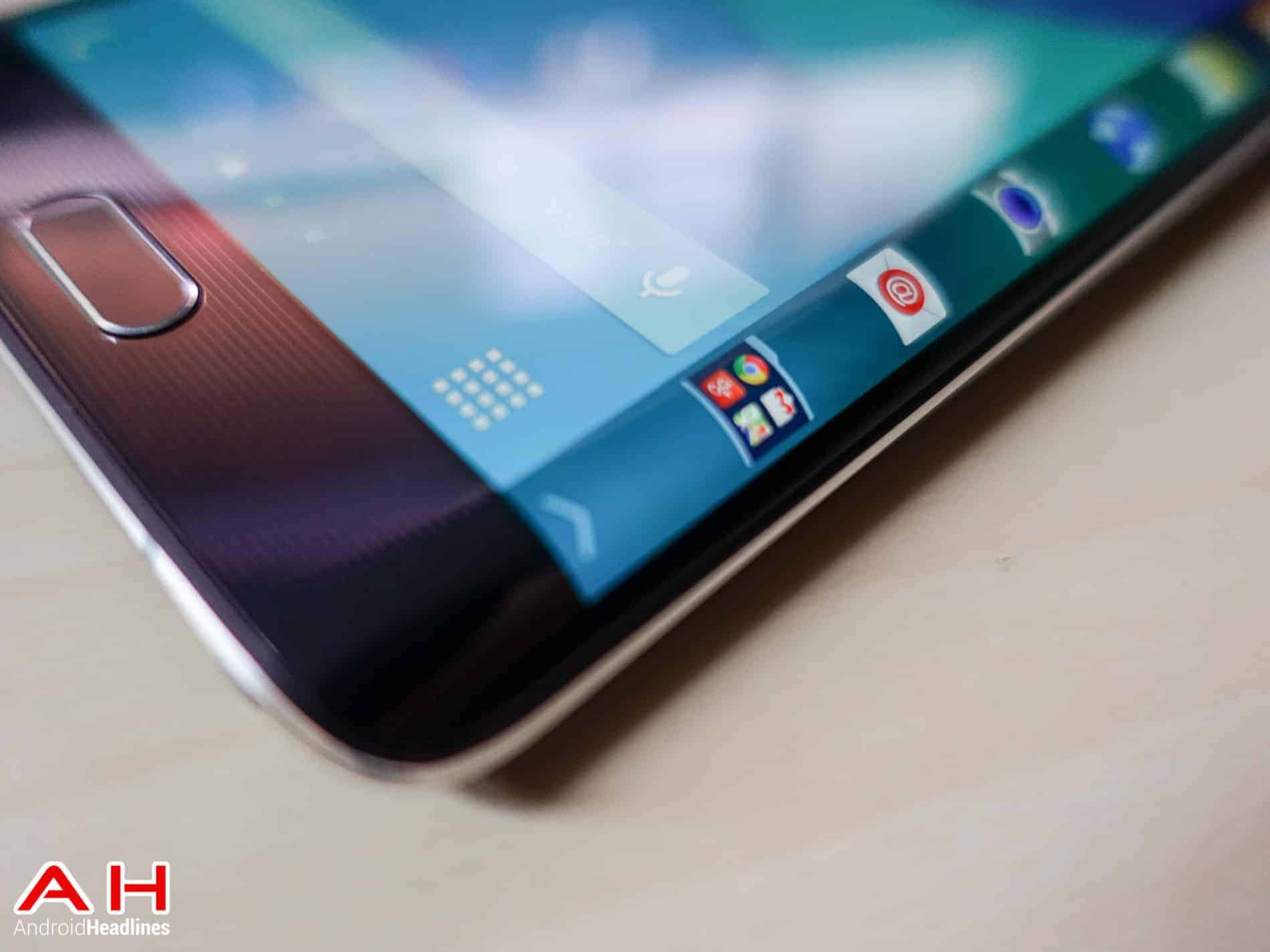 I actually changed the winner from the Samsung Galaxy Note Edge to a tie in this comparison.  I left the Galaxy Note Edge picture because it is so cool looking. The Xiaomi Mi Note Pro is such a strong contender in the processor and RAM categories, as well as the camera and display – then when you factor in the cost of the device, it clearly has the ‘edge.’

Part of your decision would have to be based on two things – one, will you use all of the functionality of the Galaxy Note Edge and secondly, where do you live and what network are you on…can you take advantage of the fast speeds that LTE has to offer or do you use Wi-Fi most of the day. If they were both priced the same, I would pick the Galaxy Note Edge, no question – but if you will not use the S-Pen, nor do not care about the monitors or the Edge features and the Xiaomi Mi Note Pro works on your LTE bands, it is an excellent value for what you are getting.