Do we have a good one for you today – the new Xiaomi Mi Note Pro goes up against a venerable Samsung Galaxy S5… yes, we know that the newer Galaxy S6 will soon replace it, but it will be interesting to compare the Mi Note Pro against both models and see how they all stack up.  Can this new China import beat out Samsung’s annual flagship?  Let’s do the comparison and see which powerhouse comes out on top.

We must point out that both devices look and feel the part of being a premium flagship device, although the glass and metal construction (ala Xperia Z3 and iPhone) definitely gives the edge to the Mi Note Pro.  However, there are those that do not care for a glass backing and would prefer the gripping plastic on the Galaxy S5.

Other than the usual, Wi-Fi, Bluetooth, NFC and a MicroUSB port for charging and data transfer, there are not too many features that these two devices have in common…other than making phone calls. They both have a Quick Charge capability thanks to their Qualcomm brand processor, and while they both handle 4G LTE networks, the Mi Note Pro only uses FDD-LTE bands 3 (1800MHz) and 7 (2600MHz)…so check with your carrier or Xiaomi’s website to insure compatibility.

Please take a close look at the detailed Specification Comparisons below and really dig down to see exactly where these two devices differ – click on “View Full Comparison” at the bottom of the insert.  After that, we will look at each individual smartphone and pick out some pros and cons in our search to justify the winner of this comparison. 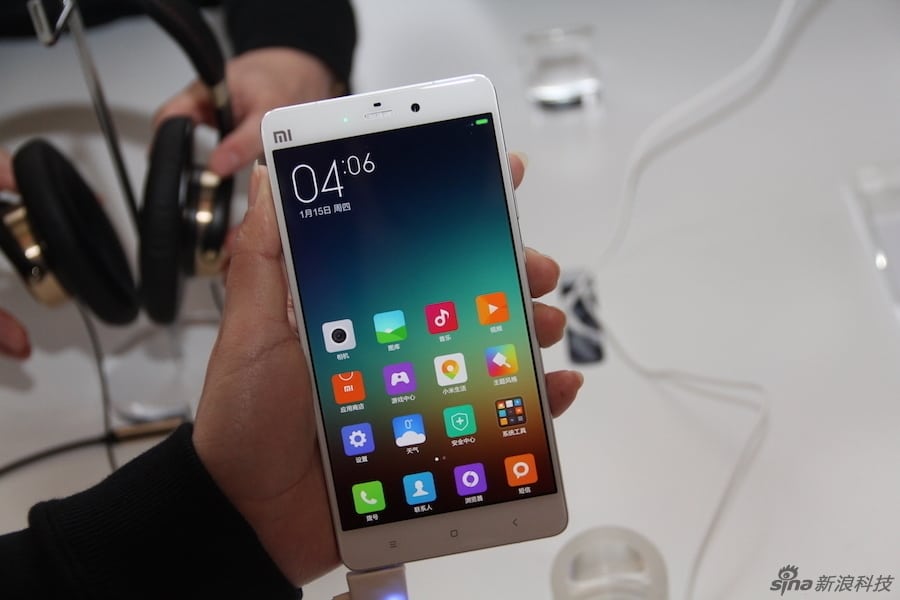 The Xiaomi Mi Note Pro we are discussing today is their newest 4G FDD-LTE working on bands 3 (1800MHz) and 7 (2600MHz) and it’s not even available for purchase on their website.  It was revealed at a private showing in Beijing and should be available shortly.  It is a beautifully built device with 2.5D Gorilla Glass on the front (the edges curve down slightly) and 3D Gorilla Glass on the back (the edges curve up to form a ‘cup’) and solid metal frame that holds it all together.

The Mi Note Pro has an extra microphone for noise cancellation, Dual-SIM capability, it can handle LTE Cat 9 speeds (if you can find any), the speaker is on the bottom end of the device for better sound and it is running Android 5.0 Lollipop with Xiaomi’s MIUI 6 custom shell.  It will work on AT&T or T-Mobile (some LTE bands) and it will cost you only $532 off-contract and should be available later in March. 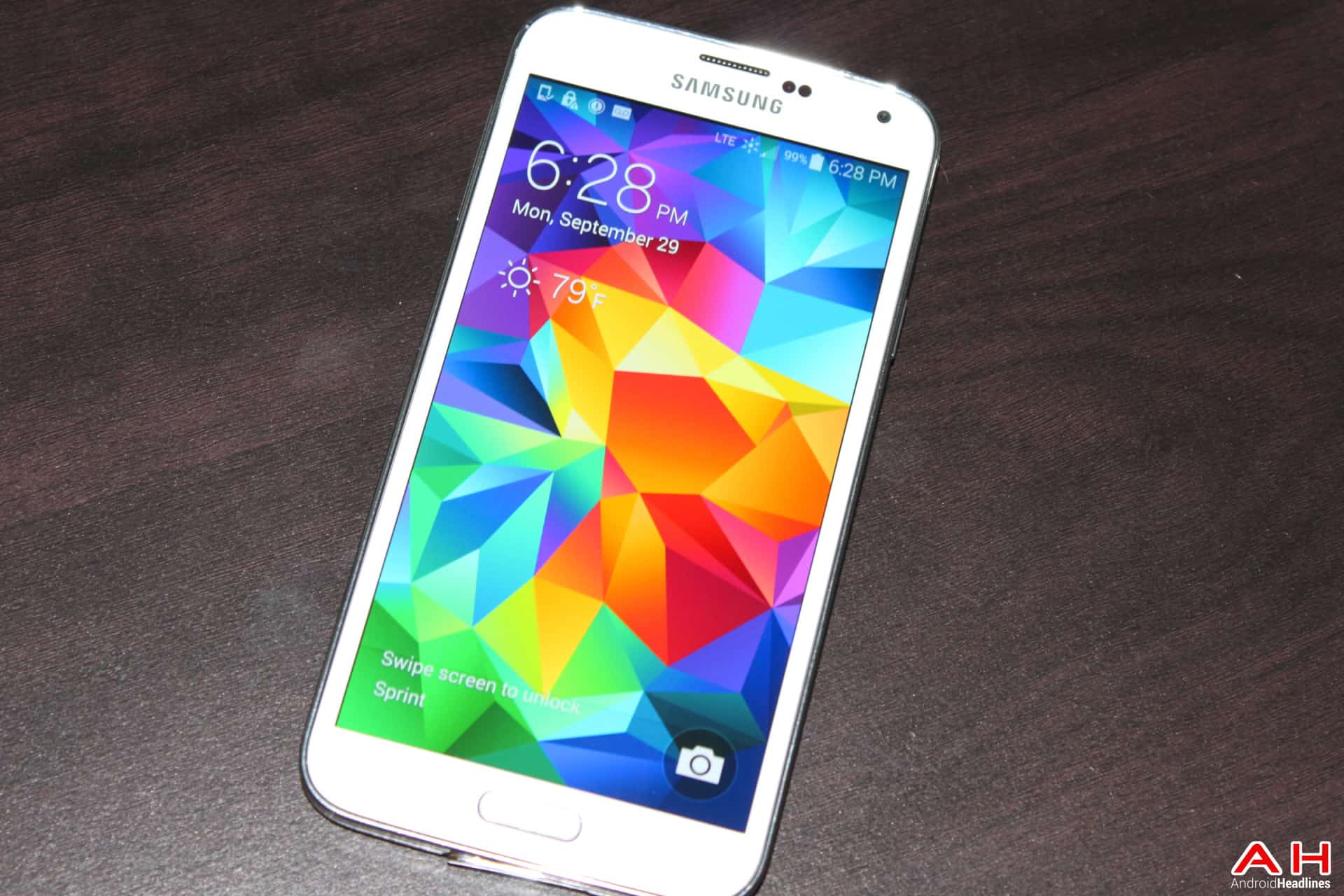 The Samsung Galaxy S5 produced very disappointing sales figures in Samsung’s eyes, but the device, while underwhelming and disappointing in terms of ‘wow factor,’ was a very solid device.  It had an excellent display and solid hardware and specs, but failed to hit that ‘homerun’ that Samsung needed.

The Galaxy S5 comes with a 5.1-inch FHD Super AMOLED display and a resolution of 1920 x 1080 pixels and 432 PPI…down a bit from the 515 PPI of the QHD display found on the Mi Note Pro.  The Galaxy S5 used the most advanced processor of its day – the Snapdragon 801.  It is a 32-bit, quad-core processor clocked at 2.5GHz and packs 2GB of RAM and 16GB of internal storage – expandable via a microSD card – but does not muster up to the newest generation of 64-bit processing found in the Snapdragon 810 octa-core in the Mi Note Pro, along with its 4GB of RAM.  The 2800mAh battery is a little smaller than the 3000mAh found in the Mi Note Pro, although both batteries should get you through the day.

The 16MP main camera on the Galaxy S5 takes awesome pictures, but still lacks a dual-flash and OIS…both of which are on the Mi Note Pro’s 13MP main shooter.  Its 2MP FFC is about the norm for older smartphones, but they are growing larger as is the social media selfie craze, evidenced by the 4MP FFC on the Mi Note Pro.

Some of the extra features the Galaxy S5 has over the Mi Note Pro are Wi-Fi and VoLTE call capabilities and it is IP67 certified for water resistance.  It also has a built-in heart rate sensor, pedometer, barometer, download boost, and a fingerprint scanner.  It uses Samsung’s Ultra Power Saving Mode (UPSM), which, according to Samsung will give you up to 24 hours of service with only a 10-percent charge by putting the device in a Grayscale Display Mode and turning off unnecessary apps and functions.

The Galaxy S5 is running 4.4.4 KitKat (although 5.0.1 Lollipop updates are starting to roll out), is available on all major carriers in the US and costs $199 on a two year contract, but prices have dropped and specials are everywhere. 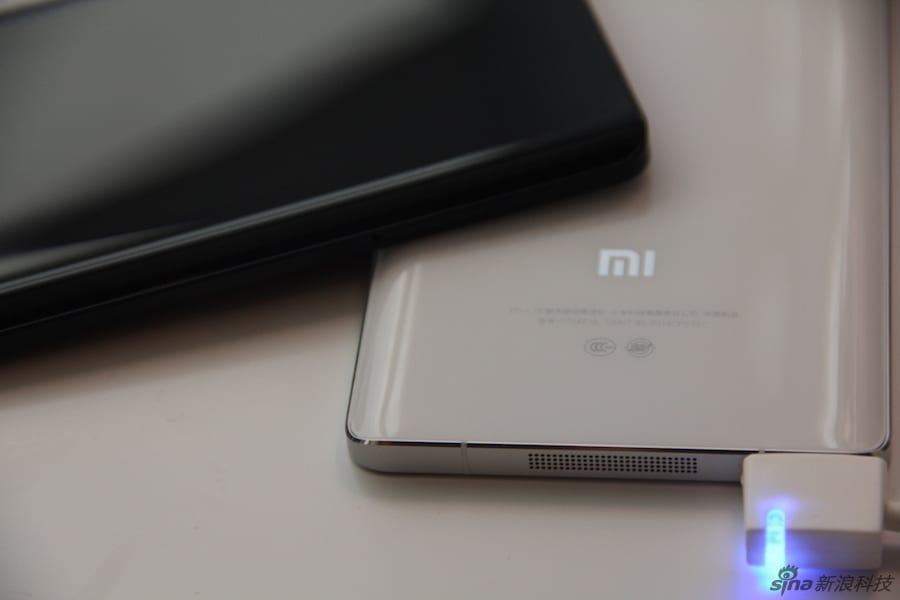 Even though the Samsung Galaxy S5 has the option for a MicroSD card, a fingerprint scanner, heart rate sensor, UPSM, resistance to dust and water and a great AMOLED display…I have to pick the Xiaomi Mi Note Pro as the winner of this comparison.

The Mi Note Pro has the QHD display, 64-bit Qualcomm Snapdragon 810 octa-core processor, double the RAM, OIS and dual LED flash, larger FFC, Dual SIM capability, speaker mounted on the bottom, it can handle LTE-Cat 9, it has special audio circuitry, beautiful looks and great build quality, as well as giving you great value for your $532.  Its only downside is lack of more LTE bands for the US, but if you can get past this fact, then you will own a true flagship device.

Please hook up with us on our Google+ Page and let us know which one of these devices you would pick as the winner of this comparison and WHY…as always we would love to hear from you.