Do we have a good one for you today – the battle of the huge phones with the Xiaomi Mi Note Pro in one corner and the Huawei Ascend Mate 7 in the other.  Both devices look great and no plastic here…with the Mi Note Pro’s all glass body and metal frame going up against the all-metal Ascend Mate 7.  When you talk about a premium look and feel, either one of these devices will satisfy that requirement.

However, once we get past their good looks and large size, these two devices do not have much in common.  They both sport octa-core processors, although very different ones.  They have 13MP sensors for their main cameras and larger than normal front-facing cameras (FFC).  They are very similar in size – the displays are only 0.3-inch different, with the Ascend Mate Pro the larger of the two, and the physical size is only different by a couple of mm’s.  They both have the usual components – Wi-Fi, Bluetooth and a microUSB port for charging and data transfer and both have Dual-SIMS.

The Xiaomi Mi Note Pro we are discussing today is their newest 4G FDD-LTE model that works on LTE bands 3 (1800MHz) and 7 (2600MHz).  It is not even available for purchase on their website quite yet, but was revealed at a private show in Beijing and should be available shortly.  It is a beautifully built device – it uses 2.5D Gorilla Glass for the display (the edges curve down slightly) and 3D Gorilla Glass for the back (the edges curve up to form a ‘cup’) and solid metal frame that holds it all together.

The Mi Note Pro has an extra microphone for noise cancellation, NFC capability, it can handle LTE Cat 9 speeds (if you can find any), and the speaker is on the bottom end of the device for better sound and has enhanced audio for headsets.  It is running Android 5.0 Lollipop with Xiaomi’s MIUI 6 custom shell.  It has 4G FDD-LTE capabilities for bands 3 (1800MHz) and 7 (2600MHz)…so check with your carrier or Xiaomi’s website to insure compatibility.  It will cost you only $532 off-contract and should be available later in March. 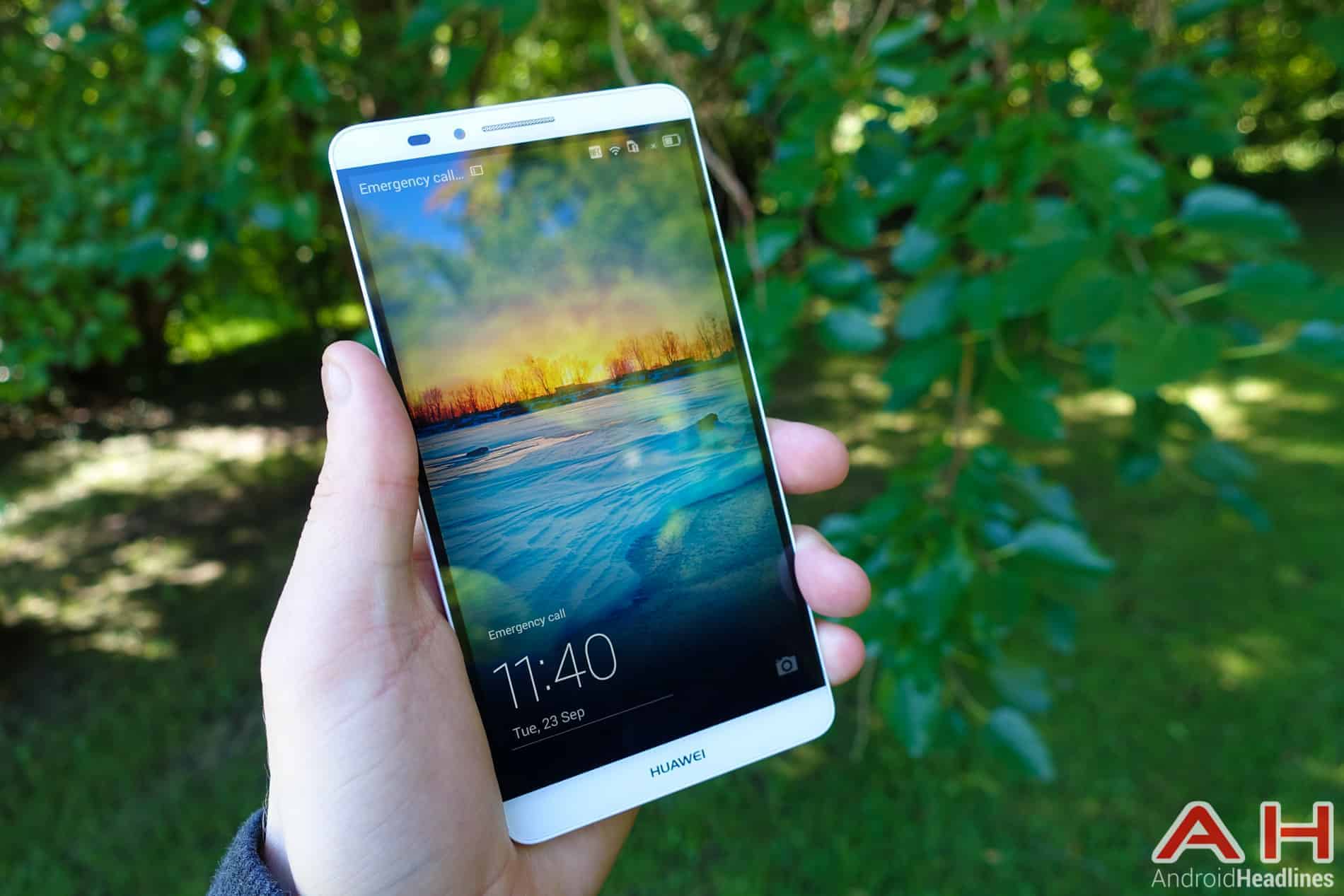 The Huawei Ascend Mate 7 is a beautiful smartphone…there is no denying that fact.  It may be one of the best-looking phones to ever come from China.  It has some insanely small bezels and the all-metal back gives it a premium look and feel, reminiscent of the HTC One M8.  It comes with a huge 6-inch FHD IPS LCD display with a resolution of 1920 x 1080 pixels and a respectable 368 PPI…a fine display, to be sure, but the QHD and 515 PPI of the Mi Note Pro outdoes the Ascend Mate’s 7 display.

Huawei put some decent cameras in the Ascend Mate 7 – a 13MP sensor with autofocus and LED flash and a big 5MP FFC for selfies and video chatting, although the Mi Note Pro adds dual-tone flash and the ever important OIS to the main camera and has a nicely sized 4MP FFC as well.  The 4100mAh battery blows the 3000mAh battery on the Mi Note Pro out of the water.

There is no question here, based on the specifications, features and pricing – the Xiaomi Mi Note Pro wins this smartphone comparison.  It all starts with the QHD display, then works its way to the 64-bit Qualcomm octa-core processor, the 4GB of RAM, the dual-tone flash and OIS in the main camera.  Then we have Quick Charge 2.0 (thanks to the Qualcomm processor), dedicated microphone for noise cancellation, LTE Cat-9 capable, speaker on the bottom of the device and enhanced audio.  It should also come running the newest Android 5.0 Lollipop and cost you only $532 off-contract.

The Huawei Ascend Mate 7 is a great device – it is well built and beautifully executed, but it has a lesser display, processor and camera. It does have a large 4100mAh battery, fingerprint scanner and an all-metal body, but with a price tag of $700, it just cannot out maneuver the Xiaomi Mi Note Pro to win this comparison.

Please hit us up on our Google+ Page and let us know which one of these you would pick as the winner in this comparison…as always, we would love to hear from you.