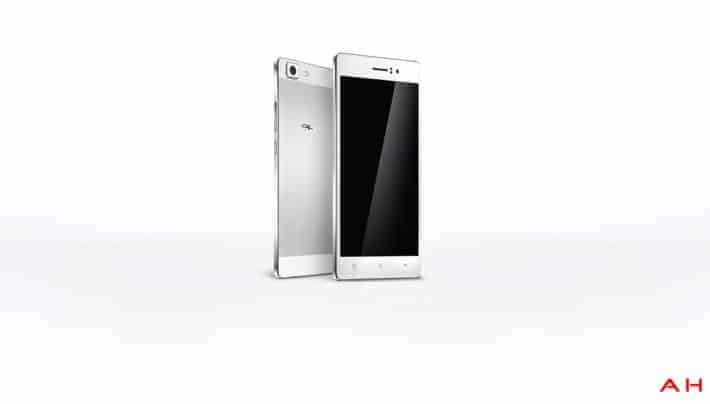 If you are based in the UK and looking for a new smartphone then you might want to think about an OPPO R5. Oppo is unlikely to be a name spoken commonly on the lips of many UK residents and most average UK smartphone users will be unaware of the company. That said, they are a big deal. Back in their home China, they are a massive company and release a whole ton of devices. In fact, when Oppo unveiled the R5 back in China around October they also unveiled the N3. The latter of these two smartphones is effectively their flagship device while the N5's many selling point is that it it is one of the slimmest smartphones ever. So, if you like a smartphone that is trim then you might want to be thinking about the R5.

When and where can you get one, did you ask? Well, funny enough the R5 looks set to land in the UK very soon. Especially as it has just made its way on to Amazon UK for pre-order. The device is up currently up for £296.99 which is apparently down from its original £319.99 RRP. Not to mention the release (and therefore shipping) date is listed as February 20th. It is probably also worth pointing out that this one is available with free shipping. So in short, if you are looking for a decent smartphone which is SIM-free and coming in under £300 then here you go.

of course, if you are interested, you will want to know what you are getting for you £300 so here we go. The Oppo R5 comes with a 5.2 inch display with a 1920 x 1080 resolution (423 ppi). Inside the R5 comes packed with 2GB RAM and power by a Qualcomm Snapdragon 615 octa core processor (clocked at 1.5GHz). In terms of cameras, the R5 comes with a 13MP rear shooter with LED flash and auto focus along with a 5MP front-facing option. In terms of memory, we are looking at a 16GB internal storage and unfortunately no external storage options. Additionally, it is worth noting that this won't be a device for those long days and nights out as the battery is only a 2,000mAh battery, which will eaten up by that display. Lastly, the R5 comes running on Android 4.4 (KitKat) with Oppo's ColorS 2.0 on top. If you can make do with the battery size and limited storage then the price is not bad for an off-contract device. Click the source link below to head over to the Amazon UK listing if you are interested.