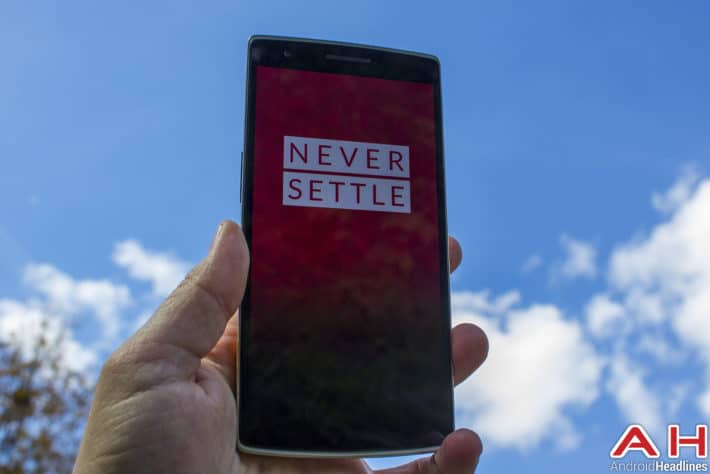 Earlier today, we got told by OnePlus that their One phone would be getting another incremental CyanogenMod 11S update beginning today.  After spending all day waiting as with most updates, nobody saw much or any of it.  But one smart person was able and willing to pull the URL for the OTA update, which we will gladly share in a moment.  First, let's recap what is to be had out of the update itself, shall we?

We can expect to see two very important and obvious changes: SwiftKey and Maxx Audio.  first is SwiftKey, a wonderful partnership that OnePlus has put together for this update, version ending in 05Q, which will let users theme their keyboard separately from their icons and the like involved in CyanogenMod's theme engine (which affects the included AOSP keyboard, not SwiftKey's).  Along with the new keyboard comes a lovely introduction especially for music fans and enthusiasts: Maxx Audio.  Maxx Audio, though the name may be new to your ears, is not new to the music and sound business.  The Maxx Audio features and functionalities are built into the already existing, and now completely revamped Audio FX app (yes it still bears that name).  The features in the 'Maxx Audio Suite', according to their website are full-spectrum equalization, psycho-acoustic bass enhancement, crystal-clear high frequencies, multi-dimensional spatial imaging, intuitive dialog booster, all-in-one dynamics conditioning, intelligent volume stabilizer, multiband compression and equalizer, adaptive audio conditioning, multi-channel immersion, stereo-to-surround transformation, state-of-the-art noise reduction, and cutting-edge frequency revival.

Now, there are other features, as we noted in our earlier piece letting you know that the update was in fact both real and coming, such as improvements to the gallery and camera, with new video formats being accessible and the optional use of the 'showing you what will actually be in the shot' letterbox view when shooting, and the ability to use mobile data when setting up the phone, if it's available, and some stability added to the in-built file manager, which is always nice to see.

Now, the update will be downloadable from right here, and once you install it, which requires you to be using CM 11s, you'll get an 'Android is upgrading' screen, and then once you next connect to data or Wi-Fi, the new keyboard, courtesy of SwiftKey, will download and update to the most recent version.  The new Audio FX player is ready for use right away, though, so worry not music fans.  the update, so far as it's been tested personally, is just as stable as the previous, version ending in 44S, was and is a great stepping stone into the future, regardless of who provides the next update, whether it be Cyanogen or OnePlus.  but it should be noted, regardless of whether Cyanogen's logo appears on the newer-manufactured Ones or not or the company's partnerships with other manufacturers,  OnePlus has said, in the past and more recently, that the One will receive two full years of updates and support, so hopefully one will be full of Cyanogen goodness and the other will be filled with a great custom Android experience as well.

Which ROM, CM 12s (if you think that one will ever exist given Cyanogen's partnerships with Micromax for the Yu Yureka) or OxygenOS, do you think will grace the One for the greater part of 2015?  More importantly, which will continue to drive OnePlus' and the One's popularity into their second device which is rumored to come out later this year as well?  Noticed anything that we haven't covered yet, earlier or now, about the 05Q update to Cm 11s?  Let us know down below.