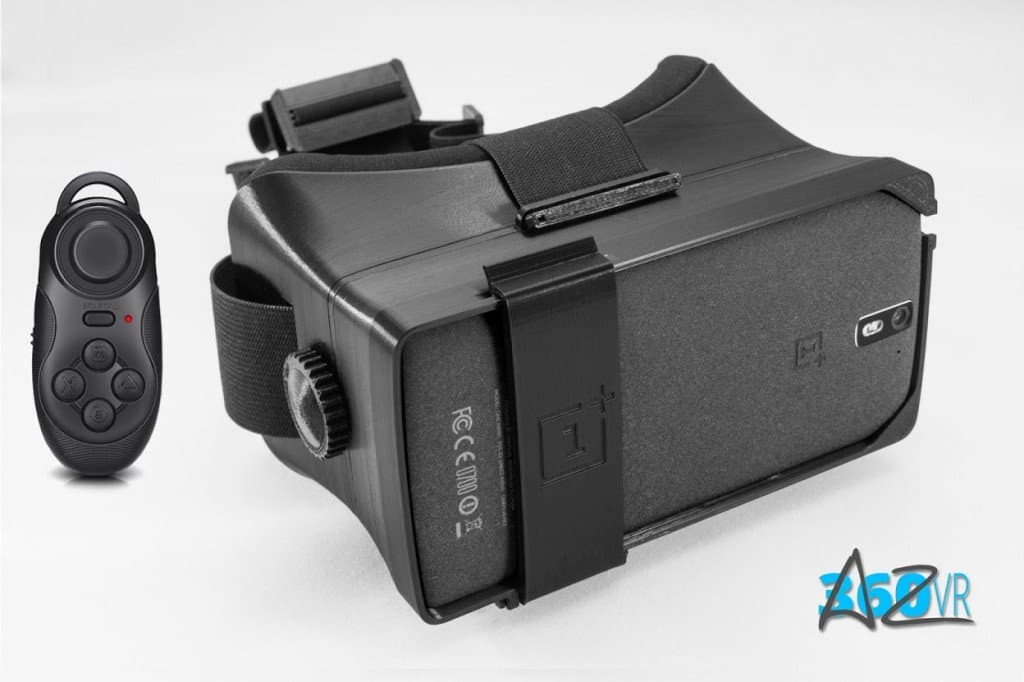 Last year saw the introduction of a number of new products, industry tangents and even companies. One of those industries was that of virtual reality. With the release of devices like the Samsung Gear VR and Google's own Cardboard, Virtual Reality for smartphones hit the headlines consistently over the year. In terms of the new companies that came in 2014, without a doubt, the company who has attracted a significant amount of headline space was OnePlus. Although the company, technically, started in the closing of 2013, it was last year when they really made their mark on the market, with their flagship device the OnePlus One. Since then, virtual reality and the OnePlus One have both done well to maintain headline dominance.

Well, it seems one canny OnePlus One owner, decided that in spite of the growing number of virtual reality units out there, he would go about making his own VR unit for his OnePlus One. According to Rene Meeh (who has a background in 3D printing), the current options were just not suitable for the OnePlus One "There are a few VR (virtual Reality) Headsets for phones out there and none of them supports a large smartphone like the One Plus One". That is, in spite of Meeh believing the OnePlus One to be an ideal candidate device for this sort of technology "The One Plus One phone has full HD resolution, an ultra fast processor and exceptional battery life. This makes it just perfect for a VR headset." As a result, Meeh went about producing his own VR unit for the OnePlus One using a 3D printer.

Not intent with just producing his own 3D printed VR unit, Meeh also went on to improve the VR unit as he saw the current offerings lacking in certain respects. As such, Meeh's unit also allows adjustments for those users who are short-sighted and also utilizes the camera function to be able to switch between virtual reality and normal vision. If you are a OnePlus One owner and suddenly salivating over the idea of your own OPO VR unit then unfortunately, Meeh is not manufacturing units for sale at the moment. Although, he has not ruled out the possibility just yet. What's more, Meeh hints at how easy the process is to make your own. As long as you have a 3D printer that is. You can read more about Meeh and his OnePlus One VR unit by clicking the source link below. In the meantime, what do you think?