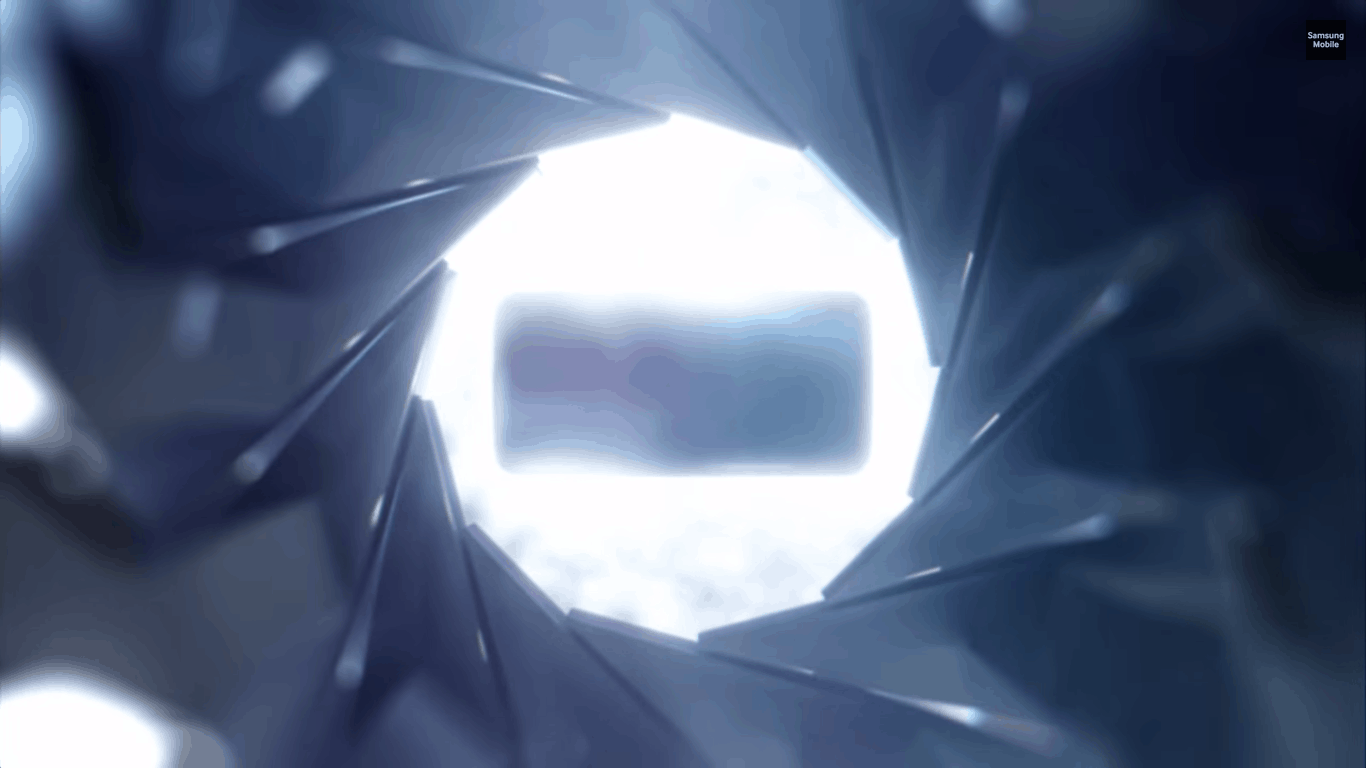 Samsung is trying to make sure that everyone is excited when it comes its forthcoming Galaxy S6 and all the buzz surrounding the phone confirms it. Samsung has been at its best this time by posting posters, teasers, videos and even teasers about rumors that entail the Galaxy S6. In a new video posted by the brand recently, we get glimpses to place our bets on the fact that the Galaxy S6 will have a seamless metal body that would make it look virtually borderless.

The Galaxy S6 is expected to have some kind of dual curved display(as suggested in the picture above) that would wrap around the display and merge in the body on the sides, thus giving a seemingly borderless look to the device. The video we are talking about can be found below, the narrator seems to give some sort of cryptic description by saying "metals will flow" and "borders will disappear" along with "reflections will be free" thereby also hinting at an anti-reflective material being used for the Galaxy S6.

Considering how badly the Galaxy S5 and pretty much all previous Galaxy phones were criticized for poor build quality and choice of materials, it comes across as no surprise that Samsung is heavily investing to correct these aspects. The video also showcases the Galaxy S6 for a brief moment, totally blurred out in a cast of green smoke. One may clearly notice the curved display that flows into the sides. We are expecting Samsung to bring out two variants of the Galaxy S6 – one with a more conventional display and one with the 'Edge' branding that would have a display that would wrap around the sides. There are three clear messages Samsung would like to send out with the Galaxy S6 – Speed, Better Camera Clarity and a something that reads 'Stop Less. Discover More' suggesting a rapid charging technology or wireless charging of some sort.

At the end of the day, we are just joining the dots based on the leaks and teasers that surface. Things are definitely getting interesting here with leaks adding clarity and detail, if they turn out to be true, are you willing to invest in a brand new Galaxy S6?