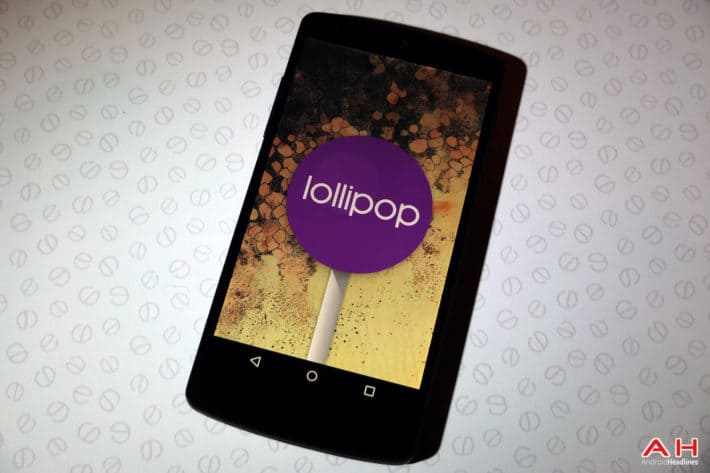 While only days ago an LG Nexus 5 surfaced on the benchmark listings of Geekbench toting Android 5.1, a Nexus 5 brought excitement to us again by showing off as running Android 5.2. Android 5.1 has appeared in various specification sheets and advertisements revolving around the Android One Initiative, however shortly after drawing attention most instances were erased. These have all been sightings in devices for the new program launching overseas, so perhaps Google wishes to keep the shiny new version of Android under wraps until it feels ready to make a timely release in the United States.

With the introduction of Android 5.0 Lollipop the mobile operating system was transformed, however reports of several bugs surfaced so it was not such a huge surprise to see Android 5.1 this year. Android 5.2 on the other hand is quite surprising to pop up this early with Android 5.1 so seemingly near on the horizon. It is quite possible that Android 5.1 Lollipop will be a maintenance release, while Android 5.2 Lollipop could bring new features and enhancements. It is quite exciting to see Google taking such initiative in maintaining Android Lollipop to squash bugs and bring new features to their operating system, assuming the surfacing of Android 5.2 was a legitimate build. It is possible for Android users to spoof their version of Android with a rooted device, however Android 5.2 does not seem so far fetched. Had it been Android 6.0 or 7.0 that would have been more comical.

While we can only speculate on the possible goodies Android 5.2 will bring to the mobile operating system, we do have reports of a possible changelog for Android 5.1. The alleged changes include the addition of a silent mode after replacing it with a mode disabling notifications and another which allowed priority notifications through only. Further changes will bring general system stability improvements such as more efficient RAM management and fixes for app force closes. Issues with Wi-Fi connectivity and select devices consuming mobile data even when on Wi-Fi will be squashed as well as updated battery management. Lastly issues experienced with the Okay Google response function, occasional sound artifacts while playing audio, and slight tweaks to the Material Design color scheme will come to devices receiving the Android 5.1 update. With Android 5.1 likely to be officially announced any day now, and with Android 5.2 in the works already it's looking to be a good year for Android users. With Android 5.1 looking to be a maintenance release, what kind of new features would you want to see in Android 5.2?