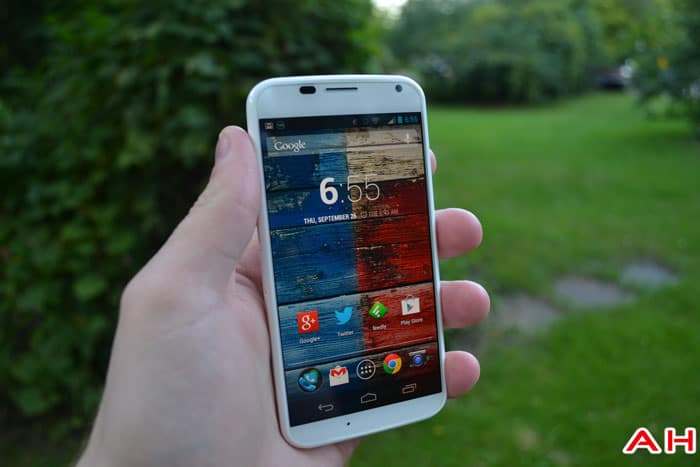 When Motorola launched the original Moto X, I was genuinely excited that here was an Android smartphone for people who just wanted a smartphone to be a smartphone, without it measuring my heartrate, number of grey hairs or seconds since my last coffee. Unfortunately, the Moto X took six months to arrive in the United Kingdom and when it did finally arrive, it was still priced as it was back in the August when launched; it was expensive. Nevertheless, I still like the look and ideology behind the original Moto X including the belief that sometimes, less really is more.

This is also partially true of the processor that Motorola gave the original Moto X: they dispensed with an off-the-shelf newer generation Qualcomm Snapdragon processors and instead developed their own custom chipset called the "X8 Mobile Computing System," based around a dual core Snapdragon clocked at 1.7 GHz but also equipped with two context-aware processor cores (the other four cores were for the GPU; Motorola's marketing department clearly loved the idea of the "X8" badge). The idea behind equipping the Moto X with a dual core processor when most of the competition had switched to quad cores is that most of the time, Android and its applications are only aware of one or two cores, which means that the third and especially the fourth core of a device are sitting there idle (and worse, using power). The Nexus 9, Nexus 10 also use a dual core processor rather than a quad core processor for similar reasons and although the unit in the 2013 Moto X is a late 2012 processor, the S4 Pro, we know that this is more than capable of running Android Lollipop as it's a similar processor as is used in the Nexus 4 but clocked slightly higher.

What's the hold up, then? Motorola don't go into details (it's hard to via Twitter!) but I would wager that it's writing, or rewriting, the drivers for those two context-aware cores on the device. Motorola tossed out the established rulebook by implementing these custom cores to the X8 chipset and presumably enough has changed within Lollipop to make it harder to implement these back into the newer version of Android.

I'm encouraged that Motorola are working the issue and will released Android 5.0 Lollipop for the Moto X; it's a departure from the change from Android 4.3 to 4.4, where the Moto X was quicker to receive it compared with my Nexus 4! Meanwhile, if you're using the original Moto X, are you frustrated about receiving Android Lollipop? Or are you happy to wait it out? Let us know in the comments below. 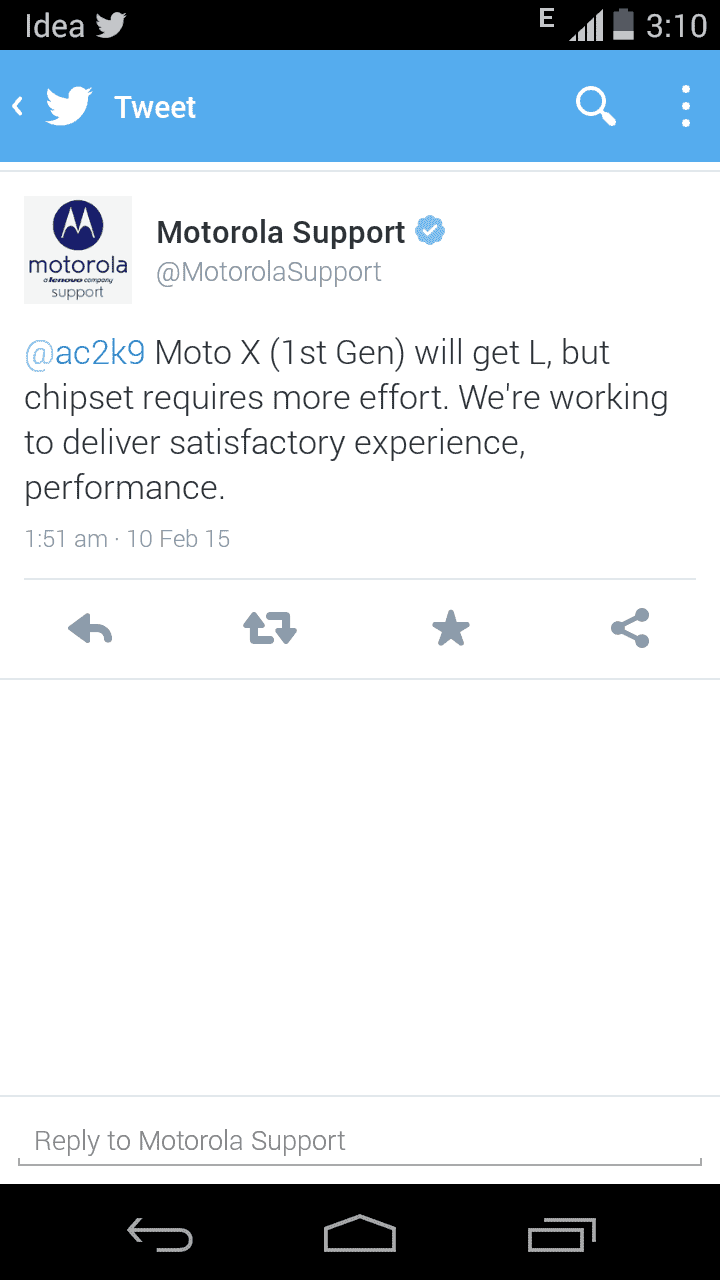