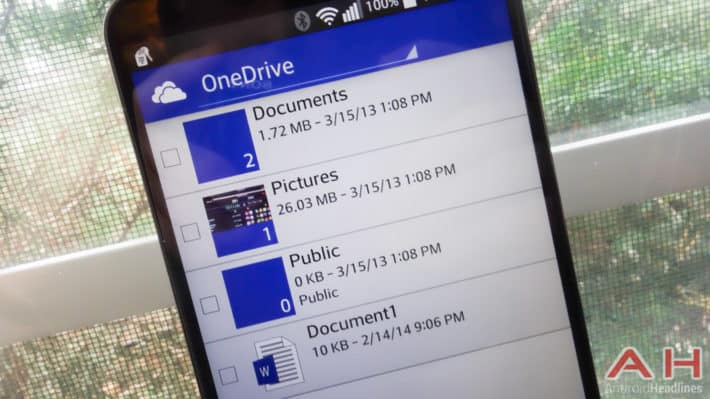 Cloud storage is awesome in many respects, especially for its capability to give you access to your files from virtually anywhere you have an internet connection and can sign into an account associated with your cloud storage. While many people might be more familiar with cloud storage options like Dropbox, one of the tech world's biggest players in software, Microsoft, has their own cloud storage system too called OneDrive, formerly known as SkyDrive. If you're a user of OneDrive, or maybe even if you're not, Microsoft is giving out some free storage space for OneDrive just for doing one simple task.

It's as easy as signing up for Microsoft's bing rewards program which gives you things like savings and discounts just for using bing search. It does this by allowing users to accumulate bing rewards credits which can then be redeemed for gift cards and tons of other products or services, and for signing up as a new user Microsoft is handing out 100GB of free cloud drive storage in OneDrive for two years. This isn't unlike the free space Dropbox was giving out to users who had purchased specific Samsung Galaxy handsets, albeit those users had to spend quite a bit of money to get that storage freebie which also had a two year cap, and it was only half the amount at 50GB.

In contrast, this is a much better cloud storage deal when you compare it to the promos for free storage from Dropbox and Google Drive. Setting up a free bing rewards account may or may not be worth it to you to get some free cloud drive storage space, especially if you're already a loyal user of another service. However if you use multiple cloud storage systems why not get some more? Yes you'll probably receive some unwanted emails, you can simply delete those though. Existing members of bing rewards aren't left out of this promotion either, and can also grab the 100GB of OneDrive space for virtually doing nothing since their accounts are already set up. You can access the link to the promotion in the source if you're interested.