Skip to content
Trusted By Millions
Independent, Expert Android News You Can Trust, Since 2010
Publishing More Android Than Anyone Else
3
Today
131
This Week
773
This Month
6708
This Year
124229
All Time 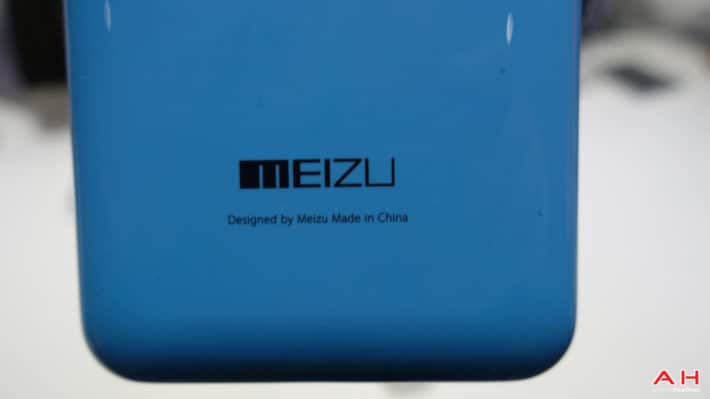 Meizu has launched some really great devices in 2014 in an attempt to become more recognized in China and of course sell as many devices as possible. The company definitely managed to do that and is showing great prospect for the future. They have launched 1 handset thus far this year, the Meizu M1, and we’re talking about a great mid-ranger which carries a great price point and will appeal to many people. Well, it already did actually, Meizu has sold 100,000 Meizu M1 units within a minute yesterday, which is quite a feat for this China-based smartphone manufacturer. Their MX4, MX4 Pro and M1 Note handsets are also still in high-demand and we’re looking forward to seeing what will this company do next.

That being said, you might recall that the Meizu CEO, Jack Wong, announced at the end of 2014 that the company sells 1 million phones a month, which is nowhere near some heavyweight companies out there. Meizu is on the rise though, they were planning to improve upon that and it seems it didn’t take long. Meizu’s CEO talked to the public yet again via his Weibo profile, this time announcing that Meizu sold over 1.5 million units in January, which definitely shows some growth, a 50% growth to be exact. Meizu could sell even more devices in the future, if they could manufacture more, of course, every flash sale they hold is a tremendous success. All they have to do now is continue releasing great devices and somehow increase their production capacity even further.

Meizu is doing great thus far and they’ll keep on growing in the future, it will be interesting to see if they can reach 2-3 million monthly shipments until the end of 2015. They need to increase their production capacity in order to catch up to Xiaomi and Huawei, companies which ship far more handsets that Meizu does on a monthly basis. Either way, this will be an interesting year for Chinese smartphone manufacturers, they’re showing great prospect and growth-rate, not to mention that some of them are planning serious expansions outside of China. 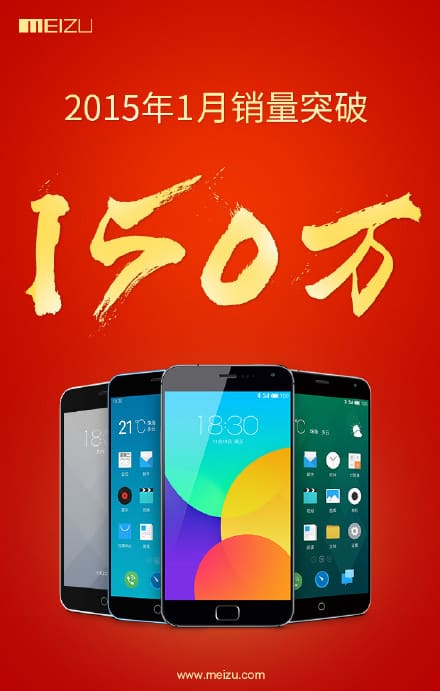