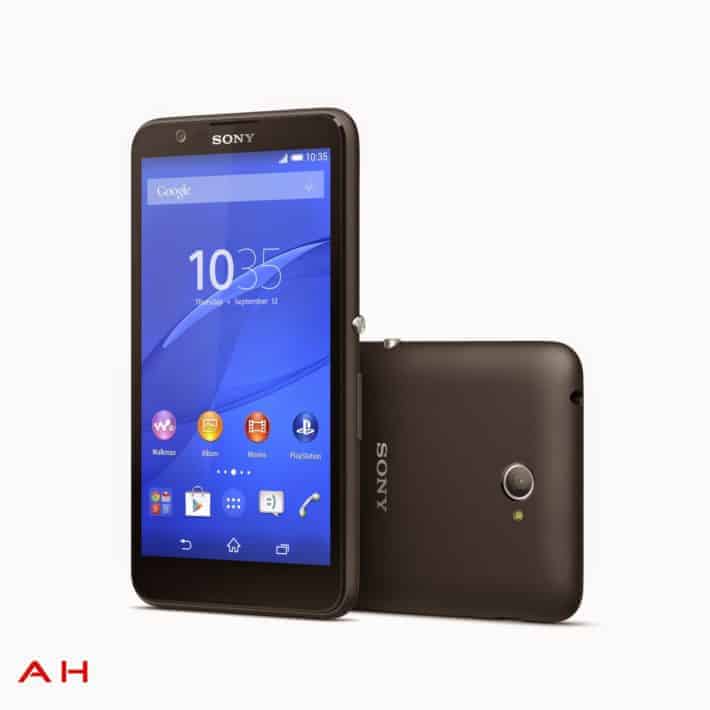 We've recently written about the new Sony Xperia E4, which at first glance looks like a rather unremarkable and inoffensive Sony mid-range model featuring a 960 by 540 pixel, 5.0-inch, scratchproof display (known as qHD), a 1.3 GHz, quad core MediaTek processor backed up by 1 GB of RAM, running Android 4.4.4 Kit Kat (and on the list to receive Android 5.0 Lollipop). Around the back there's a 5MP rear camera and a front-facing 2MP unit for selfies and video calling. There's also a MicroSD slot for adding additional storage to the device, too. So far, so good: the Xperia E4 will use Sony's Xperia interface, which is generally fast and fluid, and it has 3G, Bluetooth 4.1 and A-GPS onboard. These specifications are somewhat close to Android One devices, which also use a 1.3 GHz, quad core MediaTek processor with 1 GB of RAM and a similar camera set up. However, the Xperia E4 has a larger, higher resolution screen and a correspondingly higher price. Sony have also given the E4 a bigger battery than the Android One devices, at 2,300 mAh, and the device has a claimed two day battery life. As with all recent Sony Xperia smartphones, the software includes a built-in STAMINA mode designed to squeeze longer uptime from a single charge.

However, whilst the specifications are not exciting, the E4 marks something of a change for Sony because they've switched from a Qualcomm processor to a MediaTek unit. The E4 may be the start of Sony pulling themselves out of the near-crisis that the Sony Mobile business is facing, because whilst their flagship models are impressive and have some great features, too few of these have watered down into their mid and lower models of the range. This in itself isn't a disaster, but when combined with shall we write optimistic prices, it has left to poor sales. The E4 is seeking to address this, as it's on pre-order in the United Kingdom for £100 and in mainland Europe for â‚¬130.

The Xperia E4 seems set to compete against the Motorola Moto G – 2014. It has a similar sized screen and more of a focus on battery life compared with the Motorola, but because it has a customized skin over Android is likely to receive updates somewhat slower than the Motorola. However, as Sony's first toe being dipped into the MediaTek processor pond, this is an important device for reasons that go way above the mid-range specification. I hope it starts Sony Mobile's recovery.