Earlier today, we ran a post covering the launch of Android One in Indonesia, which normally wouldn’t be that exciting considering it’s been on Google’s todo list for some time now, but the inclusion of Android 5.1 Lollipop was definitely an interesting addition. What many thought was some sort of typo, or far away software update seems real, and has been spotted running on Android One devices in Indonesia, and it could be heading to Nexus devices sooner, rather than later.

Speaking of which, Android Police has apparently spotted Nexus devices in their server logs, with the Nexus 5 and Nexus 6 running Android 5.1 with a build of LMY29C, the Nexus 9 running LMY22E as well as LMY29D spotted on some Nexus 6 devices as well. As there’s nothing official from Google yet (regarding the release of Android 5.1) and nothing has hit the AOSP yet, we have no idea which bugs have been flattened and what (if any) new features Google have added into this fairly large point release. Hopefully, impatient Nexus users won’t have to wait too much longer for their update (c’mon Google, I don’t even have 5.0.2 yet!) but more to the point, we hope some of the more serious issues with Lollipop will finally be behind us in this 5.1 release.

When Google releases bug fixes, be them general releases or just for specific devices, they normally use a minor point revision, rather than a big jump like this. KitKat, for instance, had a number of bugfix releases but we never saw a 4.5 KitKat, just four point revisions. Nevertheless, it looks like Android 5.1 is real, and it could be with us sooner than we thought. 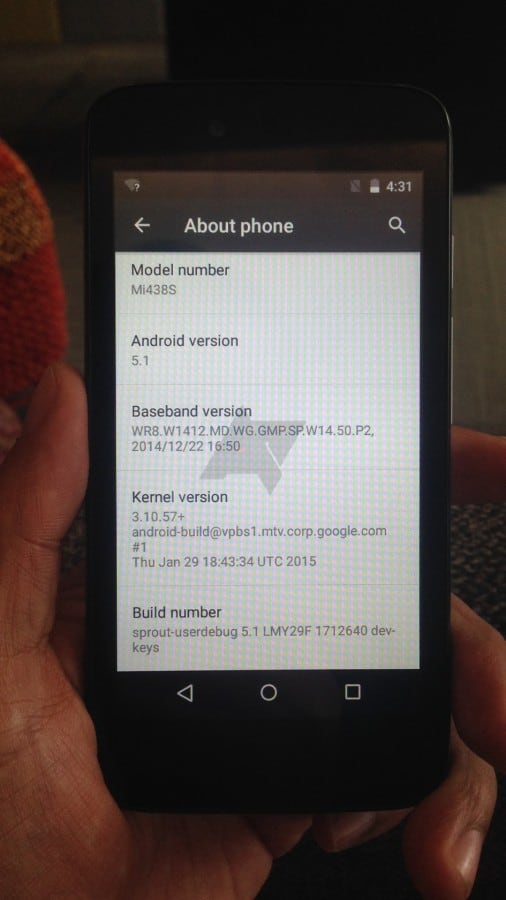