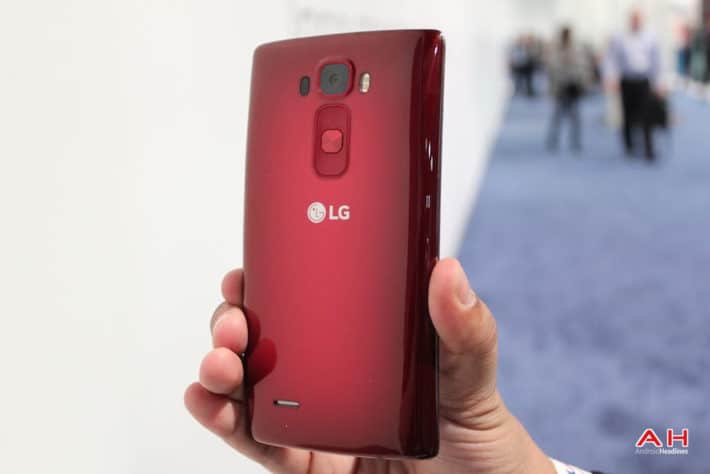 During CES 2015, there wasn't much when it comes to the mobile side of things, with Samsung and Sony announcing no new products at all. LG on the other hand had something pretty interesting to show off; the G Flex 2. A follow-up to the original G Flex, the G Flex 2 builds on the original's design and makes for a very attractive device, especially in the red color we got hands on at during CES 2015. The G Flex 2 is curvier, more flexible, a little smaller and a lot more powerful than it's original and like most LG devices, it launched first in South Korea. Where it's heading next however, might come as something of a surprise to most, and a delight to local residents. Come March, the G Flex 2 will be readily available in Singapore.

LG is taking the 5.5-inch Full HD flexible device to Singapore next, and it'll be available to pre-order later this month starting February 27th and available in general starting March 14th. As the G Flex 2 is a pretty powerful device, being the first to be confirmed and released using a Snapdragon 810 octa-core CPU, it's not going to be cheap and the price tag of $998SGD, which roughly translates to around $800US, confirms as much. Still, for a brand new device like this, free of contracts and subsidies, this price tag is anything but surprising.

Choosing Singapore as their next launch is a little confusing to me, but then again the nation is very much a technology-focused regio, and something as unique as the G Flex 2 is sure to do well. How well is something we'll have to wait and see about, but it is nice to see LG rolling out a device that's different in more markets than usual. For those interested, they can take a look at our hands-on with the G Flex 2 from CES 2015 here and read about all its specs here. If you're in Singapore, are you likely to pick one of these up? Let us know down below!